10th-generation iPad rumoured to get larger display, A14 chip and more


Word on the street is that Apple will be releasing a new version of its new iPad later this year and it will come with many features that will bring it in line with the rest of the iPad family.

And on top of that, the 10th-generation iPad will likely also feature a USB-C port and 5G connectivity. The basic iPad is currently the only iPad in Apple’s lineup that still uses a Lightning port.

How this new iPad might look is still unclear at this point of time because it’s not certain if Apple will still with a Home button or integrated Touch ID into the power button like the iPad Air and iPad Mini.

READ ALSO: Apple said to be working on 14.1-inch iPad Pro with mini-LED for 2023 launch

See also  Zoom has added more videoconferencing users this year than in all of 2019 thanks to coronavirus, Bernstein says
Share on FacebookShare on TwitterShare on LinkedInShare on Reddit
asianewsdayJune 16, 2022 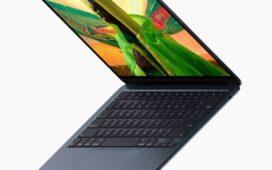