BEIJING: Almost 10 million people in the Chinese city of Qingdao have now been screened for the coronavirus, officials said Thursday (Oct 15), as authorities rushed to quash an outbreak through an ambitious programme of mass testing.

Deputy mayor Luan Xin said more than 9.9 million samples had been collected and 7.6 million results returned, adding that no new cases had been found.

The city has now confirmed 13 cases, Luan told a regular briefing Thursday, adding that health workers were on track to complete testing 9.4 million residents and another 1.5 million visitors by Friday – just five days after the programme was launched.

The mass testing follows the discovery of a dozen cases linked to the Qingdao Municipal Chest Hospital, which was treating coronavirus patients arriving from abroad.

The head of that facility, Deng Kai, was fired on Thursday. The local health bureau said he had been “removed from office” and was “under further investigation”, but did not offer any more details.

Of the 13 confirmed cases, eight were treated at the Qingdao Municipal Chest Hospital and one is a family member of a patient.

Authorities have not shared details of the other four, but said Thursday that all cases in the city are “closely linked” to the hospital.

Officials said they were still working to determine the precise source of the outbreak in Qingdao, however.

Deng’s dismissal comes a day after the head of the city’s health bureau Sui Zhenhua was “suspended from the post” and placed under investigation.

Beijing’s National Health Commission has not offered any details on why Sui was suspended.

The outbreak in the port city broke a two-month streak with no reported virus transmissions within China, though the country has a practice of not reporting asymptomatic cases.

And in contrast to previous outbreaks in major Chinese cities, Qingdao has not been placed under lockdown, with residents and visitors free to come and go as they please.

Beijing has lauded its rapid testing capabilities, with the ruling Communist Party eager to project an image of victory over the virus as much of the world struggles with lockdowns and mass outbreaks.

Plea to improve habitat after spate of bear attacks in Japan 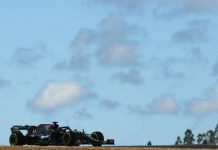 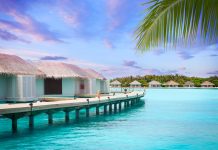 Maldives holidays: What are the latest travel rules and do you need a Covid test? 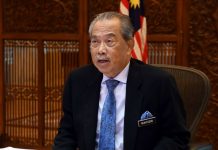 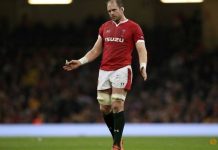 Breath of fresh air: Delhi is building giant ‘smog towers’ to suck up pollution, but will they actually work? 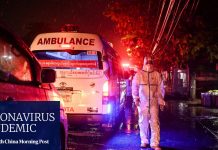 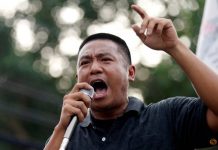 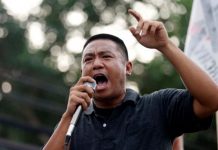 Out on bail, prominent Thai protest leader pledges to keep up campaign