Almost 1,400 people were arrested Saturday at an election protest in Moscow, according a monitoring group. Leading opposition figure Alexei Navalny, who called for the demonstration, has been jailed for 30 days.

OVD-Info, which has monitored police arrests since 2011, said the number of the detentions from Saturday’s protest reached 1,373 by early Sunday. The overwhelming majority of people were soon released but 150 remained in custody, OVD-Info and a lawyers’ legal aid group said Sunday.

State news agencies Tass and RIA-Novosti cited police as saying on Saturday 1,074 people had been arrested.

The rally comes a week after the capital’s biggest demonstration in years, when some 22,000 people protested the decision to block opposition candidates from standing for the city council in September.

Authorities say the local election candidates were prohibited from running because they had failed to collect a sufficient number of genuine signatures in their support, an allegation the opposition rejects as false.

Moscow Mayor Sergei Sobyanin called the unauthorised protest a “security threat”, adding that “order will be ensured according to the relevant laws”.

The protest movement is also trying to pressure Russia’s tightly controlled political system at a time when President Vladimir Putin’s rating has dropped due to an unpopular pensions reform and five straight years of falling real incomes.

Navalny was jailed for 30 days for calling for the demonstration. Other leading opposition figures and would-be candidates were also arrested and their homes searched in the hours and days leading up to the event.

Local polls are a rare opportunity for dissenting voices to participate in political life as anti-Kremlin parties have been squeezed out of parliament over Putin’s two decades in charge.

Security was tight in central Moscow and police shut down the area outside city hall where protesters were planning to gather, forcing participants out onto side streets.

“This is our city!”, “Shame!” and “We want free elections,” the crowd chanted as police blocked off the site.

Politician and disqualified candidate Dmitry Gudkov was arrested shortly before the march and released in the evening. Earlier he had said the future of the country was at stake.

“If we lose now, elections will cease to exist as a political instrument,” he said.

While pro-Kremlin candidates enjoy the support of the state, independent candidates say they have been made to jump through countless hoops in order to get on the ballot for the city polls.

After activists and ordinary Muscovites staged pickets last week, including outside the local election commission building, investigators said they were launching a criminal probe into obstructing the work of election officials.

If found guilty, organisers risk up to five years in prison.

‘Afraid all my life’

Navalny ally Ivan Zhdanov said he had been arrested shortly ahead of the demonstration. Barred candidate Ilya Yashin was released after being detained in the early hours of Saturday morning following a raid on his home.

Would-be candidate Lyubov Sobol, who this week launched a hunger strike, was arrested at the demonstration before also being later released and fined 30,000 rubles ($475).

Moscow Mayor Sergei Sobyanin called the unauthorised protest a “security threat”, adding that “order will be ensured according to the relevant laws”.

Elena Rastovka, a 68-year-old pensioner at the demonstration, told AFP: “I’ve been afraid all my life, but enough is enough. If we stay at home, nothing will change.

Reuters witnesses said some of those detained appeared to be ordinary passersby in the wrong place at the wrong time.

One of those detained, Alexander Latyshev, 45, said he had come to Moscow from the nearby Vladimir region to discuss business with an associate and been randomly detained by police.

“I was just sitting on a bench (when they took me),” he told Reuters inside a police bus.

‘Order will be maintained’

Although the election to select members of Moscow city’s parliament is not a national one, opposition activists view it as an opportunity to try to gain a foothold in the Russian capital where Kremlin-backed candidates have proved less popular in the past than in other parts of the country.

Some said it was the authorities’ heavy response that had turned a local issue into a major protest movement.

“Who would have thought it would become important to take part in such a bizarre and boring affair as the Moscow parliament election?” asked Viktoria Popova, a 30-year-old illustrator, ahead of the rally.

Nearly 11,000 people indicated interest in the rally on Facebook.

Police asked media to notify the authorities if they planned to cover the protest and urged Russians to skip the rally altogether. 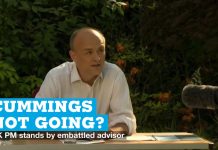 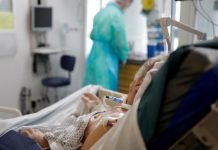 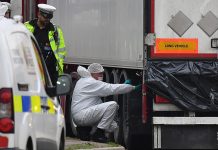 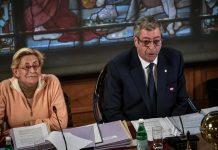 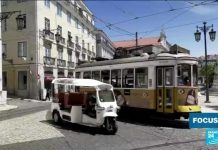 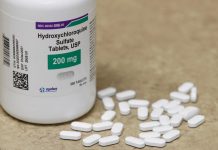