ISKANDAR PUTERI, Nov 21 — The state government expects about 1,440 travellers will be using the land Vaccinated Travel Lane (VTL) via the Johor Causeway and the Second Link in the first week of its implementation.

Johor Menteri Besar Datuk Hasni Mohammad said based on discussions between the Malaysian and Singaporean governments, the number of people using the lane is expected to rise to 2,500 in the second week and 5,000 the following week.

As such, he hoped that the opening of the land VTL, which is scheduled to run simultaneously with the air VTL on Nov 29, will not be delayed.

“Based on the capacity and initial preparations to open the border, in the first week the number of inbound and outbound travellers will reach 1,440.

“Whether these people will be using public transport or allowed to use private vehicles … this is being finalised,” he said at the second meeting of the Fourth Session of the 14th Johor State Legislative Assembly, here, today.

Whatever the decision, he said, Johor was ready with all the standard operating procedures (SOP) and had developed a system that could help the federal government in the land VTL implementation.

“We have the Johor Travel Safe system that had assisted the federal government when the Periodic Commuting Arrangement (PCA) and Reciprocal Green Lane (RGL) were implemented,” he said.

On the categories of travellers allowed, Hasni (Umno-Benut) hoped that those allowed land VTL are also allowed air VTL.

To ensure that the SOP and screening procedures run smoothly, a pilot test on the land VTL will be conducted tomorrow, said the Menteri Besar.

He said this in reply to supplementary questions from Jimmy Puah Wee Tse (PH-Bukit Batu), Andrew Chen Kah Eng (PH-Stulang) and Liow Cai Tung (PH-Johor Jaya) who wanted to know about the implementation of the land VTL, SOPs, categories and number of travelers allowed.

Earlier, Hasni said the state government together with the Ministry of Health are preparing to enhance the land VTL SOPs especially on the screening procedure for travellers entering and exiting the border between the two countries.

In principle, the state government welcomes this Land VTL initiative as it is a progressive step towards the safe reopening of the country’s international borders.

“This is an important milestone for cooperation between Malaysia and Singapore, and is able to revive the economies of both countries, especially Johor,” he said.

According to Hasni, on Sept 27, the Johor government presented the latest SOP proposal for the purpose of commuting between Malaysia and Singapore in the Pandemic Management Technical Working Committee Meeting No. 37/2021.

“Malaysia and Singapore have already agreed to the gradual and systematic opening the border to enable cross-border activities to be carried out in the safest possible way.

“In addition, various issues must be given emphasis including the recognition of vaccination certificates between the two countries, the current capacity of the Johor Causeway an the Second Link, permission to access vaccination status information by Malaysia and Singapore, quarantine-free travel and compliance with health SOPs,” he said.

Hasni was replying to oral questions from Puah, Chen, Liow, Dzulkefly Ahmad (PH-Kota Iskandar) and Dr S. Ramakrishnan (PH-Bekok) on the reopening of the Malaysia-Singapore border through the Johor Causeway and the Second Link and the land VTL implementation. — Bernama 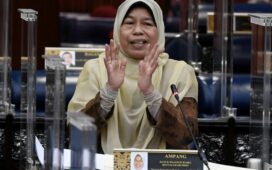 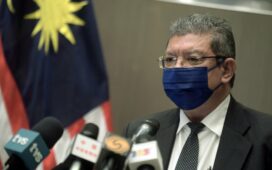 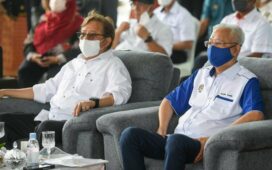 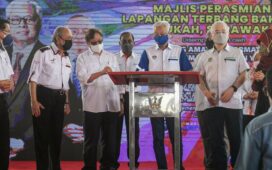 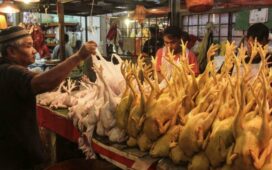