Singapore – A fateful spin class led to two women experiencing muscle ache, which turned out to be a potentially fatal condition.

On Feb 19, 24-year-old Michelle (not her real name) attended her first-ever spin class as part of her New Year’s resolution to start working out again.

Michelle told mothership.sg that her first class was “actually quite fun”. However, three days later, she woke up feeling extremely weak and unable to move her legs normally.

Another spin class attendee, 21-year-old undergraduate student Stefanie (not her real name), also experienced severe pain after her first class earlier in February. “It felt like it was burning actually, like with every stretch and with every step,” she said to mothership.sg.

Both Michelle and Stefanie disclosed that their urine changed in colour, Michelle’s to a dark Coca-Cola-like shade, which pushed her to seek medical attention.

It wasn’t blood in the urine but the body’s way to rid itself of a dying muscle tissue’s by-products – a clear symptom of a condition called Rhabdomyolysis.

Rhabdomyolysis occurs through direct or indirect muscle injury wherein muscle fibres die and get released into the bloodstream. As a result, renal (kidney) failure could happen because the organs cannot remove the waste and concentrated urine.

In rare cases, Rhabdomyolysis can be a fatal syndrome; however, prompt treatment can address the condition successfully.

In Michelle’s case, she had to rely on an intravenous (IV) drip to prevent potentially harmful proteins from harming her kidney. The report noted that she has been warded for five days and is expected to make a full recovery.

READ  Weather to ease today but expect some showers

Meanwhile, Stefanie has been recuperating at home for the past four days and would take one to two weeks to recover, according to her doctor.

“I think there needs to be more attention paid to first-timers and to ensure that they know this condition might happen,” said Stefanie regarding her experience.

Michelle also confirmed that the gym did not require her to register, nor did they check her fitness level beforehand.

With the upbeat music and fellow attendees giving it their all, it’s easy for one to get carried away during a spin class. It’s challenging to ascertain if the muscles are being overexerted, said Stefanie.

For those looking at getting back to exercise, Michelle advises starting with something lighter on the body, adding, “The worst idea is to go to a spin class.” /TISG 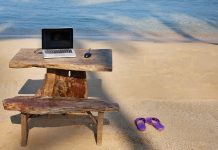 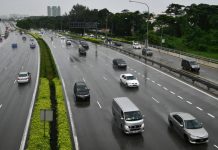 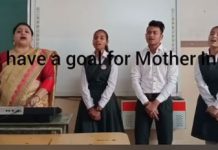 Indian teacher takes down from YouTube altered version of ‘Count on Me, Singapore’ 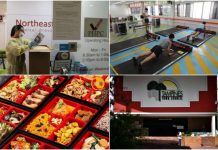 Evening Update: Today's headlines from The Straits Times on March 15 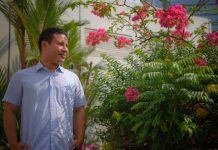 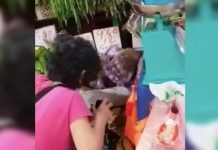 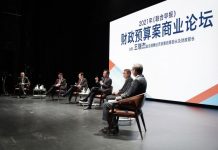 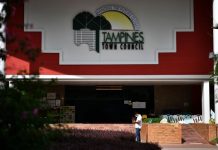 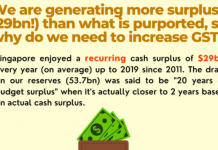 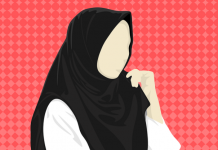 Cherian George on tudung debate: Gov’t “declares it will align the system with patients who discriminate” 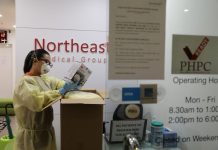 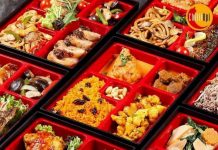