THREE in 10 (29.5 per cent) chief financial officers (CFOs) and corporate treasurers in Asia-Pacific (APAC) said it is their responsibility to push the digital strategy agenda at their companies.

However, almost half (43.6 per cent) of them still believe that their technology colleagues should be the ones leading the digital transformation.

Only 11.3 per cent saw it as the responsibility of chief executive officers, according to DBS Bank survey findings released to The Business Times on Thursday.

The inaugural Digital Treasury Index survey was commissioned by DBS and conducted in May 2019 by East & Partners Asia. It interviewed 1,304 CFOs and corporate treasurers from an even mix of middle-market companies (US$100 million to US$1 billion revenue equivalent), and corporations (over US$1 billion revenue equivalent) in 13 markets: Australia, China, India, Indonesia, Japan, Hong Kong, Malaysia, the Philippines, Singapore, South Korea, Taiwan, Thailand and Vietnam.

John Laurens, group head of global transaction services at DBS, told BT that digital transformation is pervasive and disrupting industries across the globe.

Increasingly, companies have come to understand that it involves an organisation-wide “complete transformation” – from front-end sales engagement to back-end operations, Mr Laurens said.

“We are seeing more and more CFOs and treasurers being called upon to drive this change, because they have broad oversight and in-depth understanding of key business drivers and organisational challengers,” he noted.

Nearly half (44.1 per cent) of the region’s CFOs and treasurers are also partnering heavily with their business units to execute their firms’ digital transformation, on top of leading this agenda.

While digital transformation in APAC is still in its infancy, Singapore companies were found to be more digitally ready than their regional counterparts, ranking closely behind Japan. Some 41 per cent of Singapore respondents said they had a clearly defined digital strategy and execution plan in place.

This compared to only three in 10 companies in APAC that had such a plan. The other seven in 10 firms in the region thus risk being left behind, DBS said.

Australia appeared to be the least mature of the developed markets surveyed, with less than 10 per cent of businesses there having a digital strategy.

Singapore companies also had the highest degree of automation in the treasury reporting function within the region.

The three biggest risks to digital adoption lie in keeping up with the speed of change and complexity of the enabling technologies (86.4 per cent), challenges in execution and delivery of outcomes (78.8 per cent), and the availability of talent to help execute digital transformation efforts (67.6 per cent), according to the respondents.

To deal with these new fintech risks, CFOs and treasurers are increasingly seeking their banks’ advice on the suitability and safety of new technologies for business use, Mr Laurens said.

“They are also demanding new ways to connect to their banks and other partners, such as through APIs (application programming interfaces) where the connection is direct and instantaneous,” he added.

This growing use of APIs for integration with banks and third parties was highlighted in the survey findings. About 32 per cent of CFOs and treasurers are currently doing so, and this proportion is set to grow to 40 per cent in the next 12 months, DBS said.

A large Hong Kong-based exporter told BT: “It’s all about APIs for us; they are quick to deploy and tend not to require major rework around our ERP (enterprise resource planning) platforms.”

ERP software systems are used by companies to integrate and automate functions such as financial management, inventory, sales, customer service and human resources.

“We find the (API) approach especially useful as well across our supply chain partners,” the exporter said.

Lower cost was seen as the biggest advantage of investing in tech solutions. The survey respondents said that reducing costs and improving efficiencies was the top return on investment (ROI), rating it 1.93 on a scale of one (high return) to five (no return at all).

This shows a growing realisation that digital transformation is critical to driving competitive advantage and future revenue generation, DBS noted.

The bank said that it commissioned the Digital Treasury Index survey to help senior treasury and finance executives in APAC establish their relative operational effectiveness versus their peers, and to encourage the adoption of digital solutions to improve efficiencies in the business/treasury functions.

China and US clash over coronavirus and Hong Kong, derailing Japan’s plans for reset

A manufacturing renaissance can lift Singapore 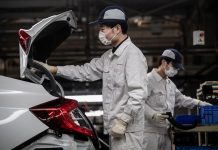 UK's big spending to lift economy and save jobs does little, but deepens debt 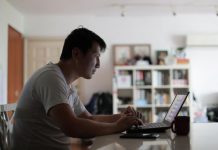 Expenses incurred from working at home qualify for tax deductions 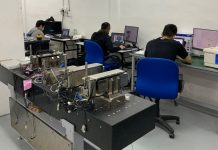 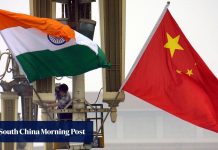 China using border tensions to warn India not to side with US: ex-foreign secretary Shyam Saran 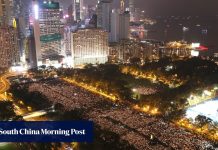