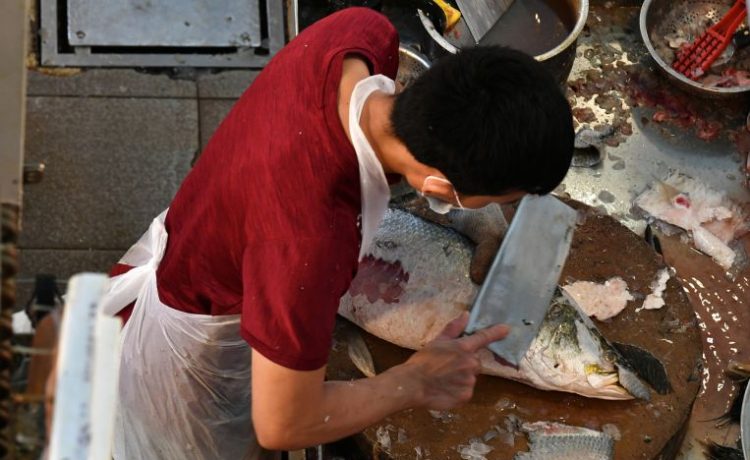 SINGAPORE – Out of 1,120 fishmongers and assistants who were tested over the weekend, 30 were found to be Covid-19 positive, said Health Minister Ong Ye Kung on Tuesday (July 20).

At a virtual press conference by the multi-ministry task force tackling Covid-19, Mr Ong said that 28 markets and food centres have been linked to the Jurong Fishery Port cluster so far.

Of 182 new community Covid-19 cases announced on Tuesday, 135 are linked to the Jurong Fishery Port. This brings the total number of cases in the cluster to 314.

To stem the recent spike in community cases, the task force announced on Tuesday that Singapore would revert to phase two (heightened alert) restrictions from July 22 to Aug 18, with tightened measures such as no dining in allowed at eateries. Social gatherings will be limited to two people as well.

Mr Ong said when the Jurong Fishery Port cluster broke out, cases were almost immediately discovered at Hong Lim and Chong Boon markets. He added that it probably preceded the KTV cluster.

“We issued health risk warnings to the fishmongers which required them by law to get themselves tested and then isolated until they receive their test results,” added the minister, saying the National Environment Agency was mobilised on Sunday to tell fishmongers to stop selling fish.

Said Mr Ong: “It was a nervous weekend, because we knew that hundreds and thousands of fishmongers and their assistants who visited the Jurong Fishery Port may have been infected, and then went out to the community to sell their fish… And because fish was in short supply, many shoppers, patrons and residents actually went to queue up for fish.”

See also  Manufacturing boss gets 6 months' jail, made to pay $1m in penalties for tax evasion

He noted that unlike the KTV cluster, the authorities are not seeing the numbers in the Jurong Fishery Port cluster decaying. They are instead still rising.

Singapore’s director of medical services Kenneth Mak said the growing number of cases being picked up from wet market testing remains a cause for concern.

“A number of these individuals are seniors. It is not surprising, given the setting in which we found them (the cases) in the wet markets, as well as at the fishery port.

“We do know that those who are seniors have a higher risk of getting a serious infection and complications from Covid-19 infection… even dying from infection,” he said.

Mr Ong said with at least one infected resident per market, testing has been widened to more people in the community, such as residents living in the blocks around the markets.

They have been advised to minimise social interaction and stay home, especially if they have unvaccinated seniors at home. This is to prevent spillover to the larger community.

Unlike the KTV cluster, which broke out last week and “spread among a younger population and certain network of people”, Mr Ong said, the wave of infections from the fishery port affects markets, food centres and a much wider spectrum of the population, especially seniors.

“The porous nature of our food centres and hawker centres also increases the risk of cryptic and silent transmission that is hard to detect. Hence, after thinking long and hard, we decided we have to revert to phase two (heightened alert),” he said.

Of the 182 new local cases on Tuesday, Mr Ong said, 85 individuals, or almost 47 per cent, were isolated before detection.

“So, tomorrow, when you see the numbers go up, it means these cases were already quarantined and isolated… they are not passing (the virus) to others when they develop symptoms, so they are much less of a risk.”

He added: “As you see that happening, you should also see us turning the corner, with the numbers coming down. That’s how the trajectory often behaves.”

Read next: What you need to know about Singapore’s Covid-19 rules from July 22 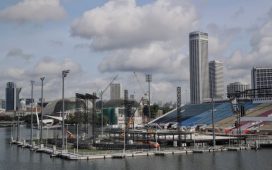 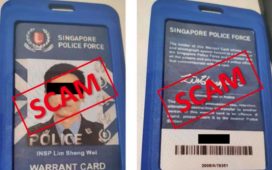 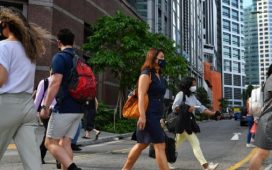 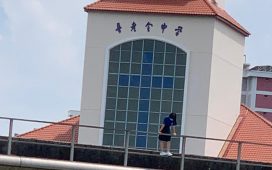 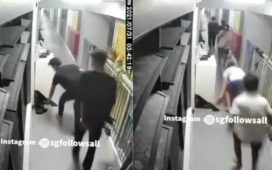 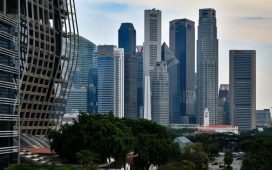 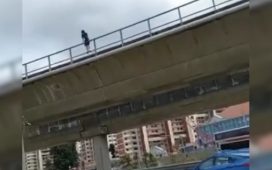 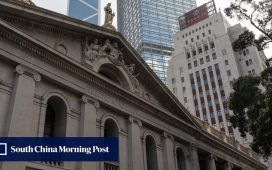 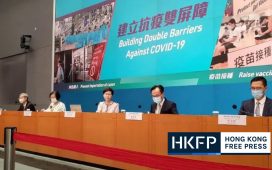