5 myths about making a mid-career leap to tech debunked


Is it just us or does it sound like every university graduate these days is entering the workforce with some kind of tech degree? They’re young, they’re hungry, they’re ambitious — and they’re also non-stop bragging about the many advantages of a career in tech, such as the flexible, remote hours, the high salaries, and the comfort of the knowledge that unlike in some industries, there’s not going to be a shortage of tech jobs any time soon (or maybe ever).

If all of that sounds enticing to you (understandably) but you’re unsure of making the career switch because you’re not a young, energetic fresh grad, we’d like to introduce you to Smartcademy, whose range of online tech courses are designed to ease in tech beginners as smoothly as possible. From our experience, there are a few big common concerns that all mid-career professionals share when debating a switch to tech — here’s why those concerns are nothing but myths:

I need some sort of familiarity with the field (say, a university degree) or else I’ll be completely lost

We know some courses say you don’t require any prior knowledge but then you start your first class and it quickly becomes clear that “no prior knowledge” really means “at least three years in the field.” That’s not the case with Smartcademy, whose courses are truly beginner-friendly. Topics like “UX Design,” “Intro to Blockchain,” and “Data Analytics” might sound daunting, but Smartcademy has designed them so that even students who might come in not knowing what a blockchain actually is can still follow along.

Time is money, and for those of us who are already working full-time jobs, voluntarily signing up for a class outside of working hours sounds like a scheduling nightmare. Rush out of your nine-to-five to another part of town where you have to sit and stare at a screen for several more hours? Well, we have two pieces of good news. One: most of Smartcademy’s classes are held on weekends. And second: they’re all 100% online. This means no commuting and no having to sacrifice sleep or downtime with your family during the work week.

Even if I learn the skills, I won’t have any networking leads

All of Smartcademy’s trainers are experienced industry experts who can impart real-world insights. You won’t be taught just the technical skills, but also have opportunities to ask trainers about career-related questions, insights on the current market, and all that other good stuff. Because of the interactive nature of the classes, you’ll also be able to talk and connect with other fellow students and have opportunities to collaborate on assignments or projects. Networking doesn’t just mean connecting with established professionals — after all, who’s to say that person you teamed up with on a coding assignment won’t go on to be the CTO at Meta a few years down the line?

Smartcademy’s capstone project means that candidates will have an actual project that they can work on and refer to when looking for jobs. Additionally, obtaining a professional certificate from Smartcademy will help you stand out. Shirley, a former Smartcademy student who successfully transitioned from consulting in the social sector to a Project Manager role at an IT company, said: “[Smartcademy’s Data Analytics course] has equipped me with the additional tools and advantages of doing data analysis for project implementation roles…. [and] helped me relate to developers in my new role through techniques such as problem decomposition, pattern recognition, and algorithms to analyze a problem and develop solutions.”

See also  Self-check temperature kiosks being rolled out for commuters

I’ll have to take a massive pay cut

We mentioned earlier that time is money but you know what else is money? Money. And we get it — starting a new career from scratch is mentally and emotionally scary, but there’s also the financial aspect to worry about, especially if you have a family to take care of. But the kind of magical thing about tech roles is that a lot of introductory roles actually match (if not outdo) senior roles in other industries. Both local and international companies are ramping up demand for Singapore-based tech professionals and to attract the best talent, they’re — you guessed it — also ramping up perks and salaries. In fact, the salaries in Singapore’s tech industry have actually surpassed their European counterparts.

Sound good? Excited to kickstart the next phase of your career? Learn more about Smartcademy’s range of tech courses here.

There’s also up to 90% IBF course funding support for eligible Singaporeans or PRs (T&Cs apply). Skillsfuture Credit can also be used towards paying the balance fee. 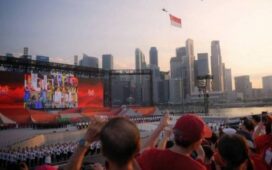 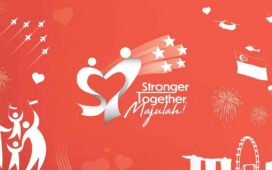 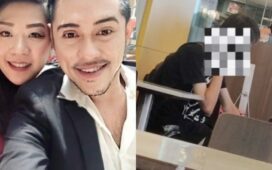 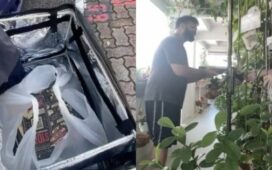 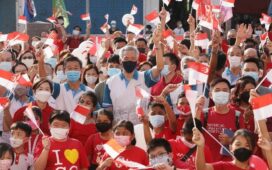