Eight food and beverage (F&B) outlets were ordered to close, and 26 other outlets and 51 people were fined, for breaches of safe management measures during the year-end festive period.

Among the outlets ordered to close are Meltz Resto-Bar at 24 Race Course Road and Club V5 Tycoon in Ming Arcade at 21 Cuscaden Road, said the Ministry of Sustainability and the Environment (MSE) yesterday.

Meltz was found to have committed multiple breaches of safe management measures at 9.25pm on New Year’s Eve. These breaches included allowing a group of 10 to be seated together at a table, and failing to conduct temperature screening and implement SafeEntry for patrons.

On the same day, Club V5 Tycoon was found to have allowed patrons to consume alcohol at 11.15pm, past the cut-off time of 10.30pm.

MSE said the club had been allowed to reopen as an F&B establishment – with no live entertainment and singing activities allowed – after it obtained a food shop licence.

The Singapore Tourism Board has issued orders requiring both operators to close their premises for 10 days, starting from Jan 1.

In a statement, MSE gave details on three F&B outlets – Club Lux in Orchard Plaza, Epiphyte at 47 Neil Road, and TCC in International Building at 360 Orchard Road – that were fined $1,000 each.

They had committed offences such as seating groups of patrons less than 1m apart, failing to ensure a 1m distance between customers in a queue, and providing games to patrons despite not being an amusement centre.

READ  Morning Briefing: Top stories from The Straits Times on May 11

The ministry also said 15 of the people who were fined had gathered and sat in groups larger than the permitted group size at F&B outlets in phases two and three – five and eight respectively. They were fined $300 each.

MSE said that while Singapore has progressed to phase three of its reopening, there is still local transmission of Covid-19 in the community.

“Businesses and members of the public must continue to adhere to safe management measures to keep community transmission low.

“We urge everyone to remain socially responsible by keeping group sizes small and wearing a mask at all times at F&B premises, unless drinking or eating. This will help to safeguard public health, while allowing businesses to remain open,” MSE said.

“The Government will not hesitate to take strong enforcement action against errant operators and individuals who breach safe management measures.”

Riots at US Capitol underscore the importance of 'moving escalator' for social mobility, says Tharman

SIA staff to get Covid-19 vaccine from Jan 13

This made my day: Cabby goes out of his way to help mum of 3 despite heavy rain 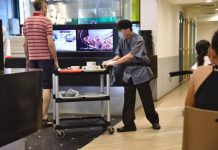 'We are our brothers' keepers': Tharman Shanmugaratnam on raising incomes of low-wage workers 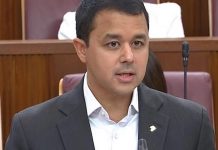 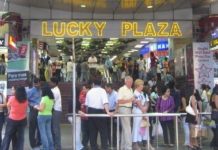 Malls who fail at crowd management may face entry limits: Singapore Tourism Board 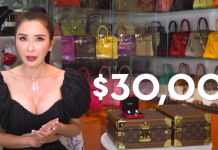 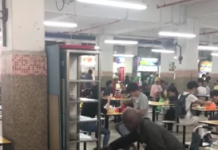 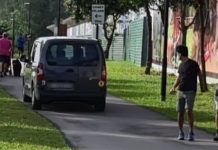 Van drives on PCN in Punggol, draws stares and scoldings from pedestrians 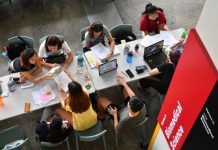