FOUR years ago, a fresh breeze blew into Singapore’s dining scene – carrying with it a free-wheeling Aussie chef by the name of John-Paul Fiechtner and his partner Sally Humble, charming diners with their brand of bohemian hospitality and out-of-the-box cooking. Chef Fiechtner had a way with ingredients the way a dog whisperer chats with canines – sweeping through local wet markets like a cult leader of misunderstood produce, followed by undermined frog livers, ugly ends of vegetables or esoteric off-cuts, ready to be magicked into something original and delicious.

If you remember Thirteen Duxton Hill and Bistro November, you’ll also know that theirs was a short-lived culinary existence. Whether they were ahead of their time or if doing business in Singapore became too much of a tough reality, chef Fiechtner quietly disappeared, although our memory of his cooking didn’t.

So a jolt of deja vu was in store for us when he suddenly appeared at V-Dining – the restaurant arm of high end kitchen appliance brand V-Zug, sitting next to each other in the quietly upscale Scotts Square. While under the patronage of Tippling Club’s Ryan Clift – although he doesn’t cook there personally – V-Dining hasn’t registered much more than a blip on the dining radar since it opened early last year. That could change, once folks get wind of what chef Fiechtner – fresh from a two-year travelling sabbatical and almost a year of Covid-19 hibernation at home in Melbourne – has dreamed up for his debut menu.

READ  A taste of Portugal

Whatever his inspiration, it’s shaped in a kitchen fuelled by relentlessly mind-hammering hip hop music that either plays on loop or just sounds the same, from the moment we step in until we leave, involuntarily beatboxing on the way to the car park.

Good thing that we’re distracted in between by a roll call of chef Fiechtner’s finely calibrated creations that takes predictability and throws it out the window. Safe, ordinary ingredients pass through his hands and emerge with more character and dimension than they’re born with. Whether they like it or not, that is. Take an unsuspecting taro, which he does unspeakable things to like boiling, braising, deep frying and and if that’s not enough, slicing it into even slices and arranging it like a multilayered taco filled with Parmesan cream, sitting in its braising liquor and dusted with dehydrated vegetable powder. It’s wacky but a textural win – crisp and creamy, cheesy and familiar even in its alien presentation.

Even before the taro, the snacks are an indication of the unconventional things to come. A trio of bites comprise an egg and leek tart that has you expecting the hardboiled variety but biting instead into a mouthful of airy leek cream infused with herring roe on a crisp buckwheat pastry shell. Nasturtium petals cover a ‘pearl’ of oyster ice cream that’s pleasantly briny with a dab of kimchi for contrast. But a nugget of salty nduja wrapped in fermented pepper, with anchovy and other bits tests our comprehension skills to the limit.

Locally sourced zucchini flower is a cheerful container for freshly shelled crab meat lightly dressed in sour cream, topped with ikura and a clear glaze of thickened dashi. But the real highlight is the side dish of warm cherry tomatoes marinated in crab oil with a heady toasty prawn fragrance and flavour. Plump raspberries with the tomatoes look like an odd fellowship but turn out to be best pals. The crab keeps on giving, making its presence felt in the creamy shellfish miso that’s served instead of butter with pillowy soft steamed barley bread.

French rouget fillets are aged a week for flavour and grilled, served on a bed of braised pumpkin and sunflower seeds seasoned with Indonesian babi guling spices and an earthy hint of saffron. The seeds are on the bland side, but the rouget works well with the delicate sauce made from fish head broth infused with rye that cuts through the fishiness.

The main course is roasted Japanese iberico pork loin, brined 36 hours beforehand which accounts for its saltiness, smeared with jammy roselle and beetroot, paired with icy cold pickled kohlrabi to perk up the palate. It’s decent, but doesn’t shine in the same way as chef Fiechtner’s vegetables and seafood.

Dessert is a triple treat starting with a Banksy art-inspired plate that looks spray ‘painted’ with cocoa powder – a stencilled image of a little girl holding a balloon made of rose and fermented plum sorbet topped with chocolate petals. That’s quickly followed up with a not so sweet ice cream made of sake rice lees or amazake, drizzled with smoked olive oil and freeze dried mandarin orange bits.

READ  If you can’t give up meat, cut down and still feel the health benefits – meet the Reducetarians

That’s still not enough sweets for the chef as he packs in the main dessert of roasted Jerusalem artichoke custard and cooked strawberries topped with a bitter-sweet crunchy artichoke tuille, and showered with grapefruit granite from a container billowing with liquid nitrogen. It’s a thinking person’s dessert, but we might be happier with something chocolatey.

There are two good things about this menu. One, it’s a tasting menu priced at a very digestible S$128. Two, it shows that chef Fiechtner hasn’t lost his touch. In fact, he seems better – less wild, more precise, perhaps more mature and attuned to a fine dining environment. We still miss his wild card style of the past, but we hope he sticks around longer this time to show what else he’s got up his sleeve. 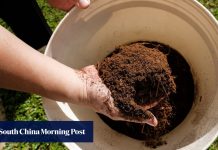 Composting to cut food waste in Singapore and how the community, restaurants, even hotels are working together to fix the problem 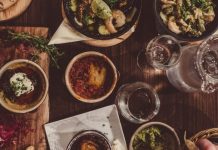 Which country has the biggest appetite for eating out? 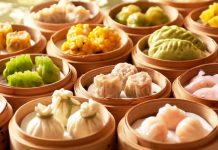 Four ideas to up your brunch game 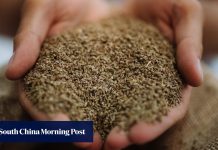 How anise went from medicinal plant to raki, sambuca, ouzo and pastis ingredient 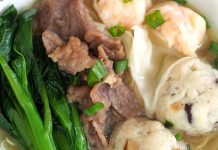 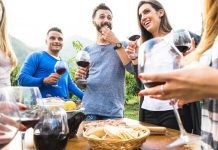 What are the key elements of a traditional gastronomic French dinner? 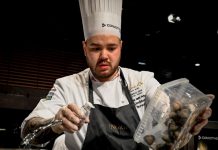 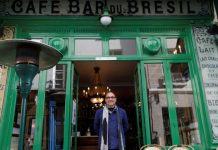 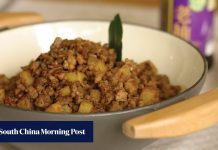 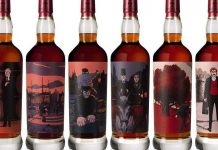 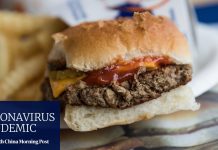