'A' for effort: This guy's friends want him to join them on Phuket trip so much, they made a presentation to persuade his parents


If this was a graded presentation for school, these friends would have definitely clinched that distinction.

On Saturday (July 30), TikTok user Fattysalm0n posted a video of her brother’s friends presenting a set of Powerpoint slides in a bid to convince her parents to let her brother go on a graduation trip to Phuket.

The viral video has since racked up an impressive 1.3 million views and 140,300 likes in just three days.

The video showed one of the guys setting up a projector to display the slides on the wall. With the friend presenting holding a tablet in his hand, one might think he was making a million-dollar business pitch.

He stayed professional till the end as another friend joined the stage to finish off with a Q&A session.

According to the TikTok user, it was mission success as her parents agreed to let her brother go.

The result might not have been a surprise to many because when the camera panned to the husband and wife, both of them had big amused smiles on their faces.

The brother in question however did not seem too convinced or amused at the slightest, cringing at the situation he was sandwiched in. 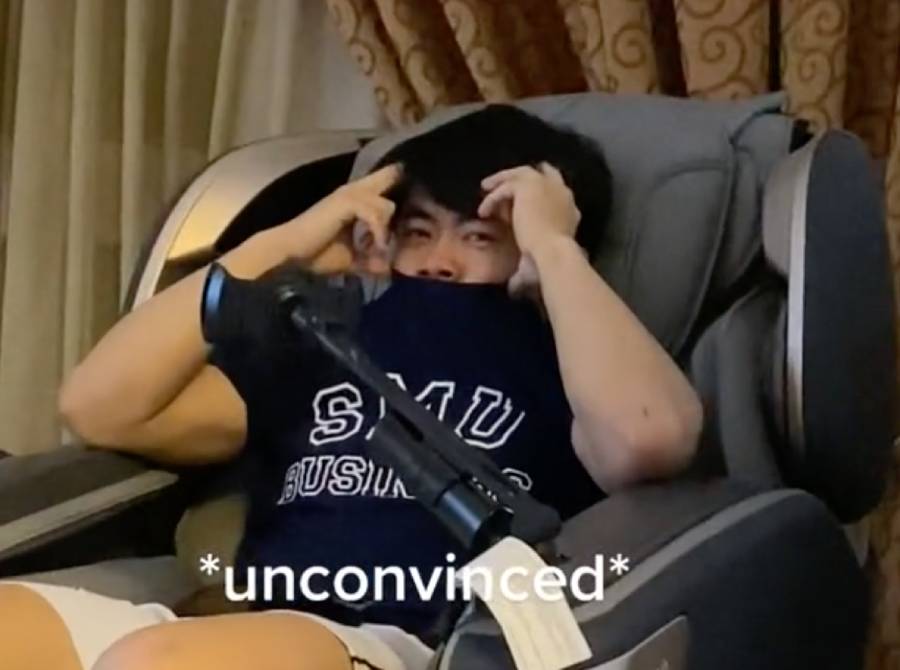 “Gotta get me some friends like that,” the sister wrote in the caption of the video.

The parents were not the only ones amused by the lengths these boys took to get their friend on the trip with netizens taking to the comments to express their amusement and crack some jokes.

One netizen gave the boys an “A for the presentation and Q&A”, to which the TikTok user replied,”If only you were their PW (project work) examiner.”

“Next task: to have parents pay for the trip,” said another, giving an idea for the second mission.

It seems that this group of friends weren’t the first to come up with creative ideas with one netizen sharing how they knew of someone who texted his girlfriend’s parents for their consent for a trip across the border, all prepared with an excel sheet.

It’s safe to say that these masterminds have passed all the vibe checks.

See also  Over 80% posted to one of first 3 choices of schools
Share on FacebookShare on TwitterShare on LinkedInShare on Reddit
asianewsdayAugust 2, 2022

Strong profits for most insurers’ Integrated Shield portfolios, but brace for premium hikes

These new courses will enhance your skills and advance your career