YUTAN, NEBRASKA (NYTIMES) – In the moments after the presidential vote tally made it clear that Mr Joe Biden had won the election on Saturday, a teenager wheeled a broken lawn mower across an empty downtown street.

Wispy white clouds blew across the sky. Inside the Rusty Rooster Saloon, a man with grey hair took a swig from a Bud Light can, and the only result that interested anyone was the outcome of the college football game on the television.

Ms Amber Thiessen was gassing up her new pickup truck at a filling station on the edge of town, a Republican stronghold just like the overwhelming majority of the state.

She voted for President Donald Trump and thinks Mr Biden and other Democrats like Mrs Hillary Clinton are “snakes in the grass”.

“A lot of people, when this happened for Trump in 2016, they started saying, ‘not my president,'” she said.

“He has never been given the opportunity to show how much he loves the country because of these ‘not my president’ people.”

Ms Thiessen is unhappy that her candidate didn’t win. But she has no plans to say Mr Biden isn’t her president. Because she knows that once he is sworn in, he will be, regardless of whether she likes it.

The 2020 presidential vote hammered home the political divide in the country, with states supporting Mr Biden largely located along the coasts, and those supporting Mr Trump in a swath down the middle.

Nebraska is tucked deep among them. More than 90 per cent of voters supported Mr Trump in at least five of its 93 counties.

But the knowledge that Mr Biden won the presidency – and that Nebraska even sent an Electoral College vote his way – was met with a what-goes-around-comes-around kind of attitude.

Many Republicans said they planned to show liberals, who they said had whined for four years about Mr Trump, that it was possible to simply move on when you lose.

“In America, you get four years and you can do it again,” Ms Thiessen said.

Throughout the week, a little blue dot glowed on the map of results in an otherwise red sea, showing Nebraska’s single electoral vote for Mr Biden.

And in some ways, that dot could make it easier to accept the results, regardless of party affiliation.

Without a winner-take-all system, the state is not taken entirely for granted, and that can make the whole endeavour feel less futile.

Nebraska is one of two states that splits its electoral votes; the other is Maine, and state Senator Ernie Chambers, an independent who spent the early years of his long political career as the only Black lawmaker in the Nebraska Legislature, has fought to keep that split-vote system on the books.

“I couldn’t see in advance it would have any significant outcome in the race for president,” said Mr Chambers, who represents parts of the district in Omaha, which has the state’s largest population of Black residents.

“Had I not fought like I did, the votes and attitudes of the people of the 2nd District would have been insignificant.”

Yutan, population 1,300, is just over the border from the 2nd Congressional District, but a long leap as far as its politics go.

Seventy-one per cent of voters in Saunders County, where Yutan is, cast ballots for Mr Trump.

It has the trappings of many rural Nebraska small towns: an overwhelmingly white population, grain bins alongside railroad tracks, a water tower, a short strip of stores both open and long-ago shuttered, and roads that dead-end into cornfields.

Ms Thiessen lives in Valley, Nebraska, just inside the western edge of the 2nd District, but was raised in Yutan, where she visits her parents regularly and shares the political views of her hometown.

She was annoyed by the attention received by the 2nd District, even if that is her district. Still, she remains focused on moving on.

Not all of Mr Trump’s backers in Nebraska were brushing off the latest voting results.

In Lincoln, supporters rallied outside the Capitol yelling that Mr Biden had stolen the election.

In Yutan, some expressed worries about trade and the economy under Mr Biden.

One woman stood in her lawn and said she was waiting once Mr Biden took office “for my government-issued Chinese flag”.

Her neighbour worried about socialism taking root. Both were worried that if they gave their names to a reporter, liberals would track them down and destroy their homes.

For many Nebraskans in rural areas, seeing that blue dot on the map stung. The neglect they feel by the rest of the country, and even by the cities in their own state, has fuelled their politics, they said.

“Out here in rural America, nobody else is going to do it for me. I have to do it myself,” said Ms Ann Neiffer, who owns Tall Tails Taxidermy, in Cherry County, where more than 87 per cent of voters, including her, cast ballots for Mr Trump.

“Because life comes so hard here, the Republican ideal is what we have. It’s kind of me, myself and I.”

The pandemic shut down Ms Neiffer’s operation for two months earlier this year and the economic fallout is the reason she believes customers have not picked up and paid for 33 deer, a bison, an elk, a beaver and two bobcats.

She worries a Biden administration will further hurt her business by cracking down on gun sales that could affect hunting.

Mr Tucker Sheets, the owner of Cowboy Welding, in Hiyannis, Nebraska, is worried about a Biden administration limiting his Second Amendment rights, and has a host of other concerns about the next four years.

“We want our tax breaks. We want our guns. We don’t want our money going to social programmes,” said Mr Sheets, who voted for Mr Trump.

“We all work hard out here. There isn’t a lot of money to go around in this rural area.”

Just 20 people voted for Mr Biden in Grant County, where Cowboy Welding is, “and I have a pretty good idea of who a few of them are. There definitely aren’t 20 signs out in yards”.

Like a handful of other rural counties, Grant also rejected a ballot measure that would have stricken an old provision that allowed slavery to be used as punishment, though the measure overall passed.

Mr Sheets said Biden voters were unhappy with Mr Trump in much the same way he predicted he would be unhappy with a President Biden. But he is anticipating one key difference.

“In the 2016 election after Trump won, we got nothing but crying and whining and trying to get rid of him for four years. I don’t want to do that. I want to move on and keep going.”

Or, put another way: “No one died because of hating Trump,” he said.

“And I won’t die from not liking Biden.”

Ms Joleen Kienke, the owner, said she had voted for Mr Trump because the President opposed the shutdown of the nation’s economy during the pandemic.

Cases of Covid-19 are surging across Nebraska, but the effects of the virus aren’t as obvious in Keya Paha County, home to fewer than 300 residents, where Springview is.

Ms Kienke said the income from the lounge and her Cattleman’s Bunkhouse had increased in recent months.

“I hear a lot of restaurants are going under, but we’re doing pretty good,” said Ms Kienke, a fifth-generation cattle rancher whose ancestors immigrated from Germany.

“There’s very little Covid here, and people who do have it stay home.”

She is hosting two Italian and French exchange students, and during the Halloween season took them to corn mazes and haunted houses.

She said the students sent photos to their friends back home who were quarantining, bragging about how open America was in comparison.

Ms Kienke, like nearly everyone else in the county, is a Republican.

She said that if Mr Trump had won the election, Democrats would have rioted. But she predicted Mr Trump’s supporters would stand down and accept a Biden victory.

“I don’t think they’re going to shoot up the towns,” she said.

When Mr Craig Softley realised last week that the presidential vote was swinging Mr Biden’s way, his thoughts turned to a divided nation.

Not just the kind of political division that has fractured much of America, but literal, maybe-it’s-time-we-cleave-this-country-into-two-nations kind of division.

He was thinking of secession.

“Is there a point that this country becomes actually split?” he said he thought as he watched the vote tallies from around the country.

Mr Softley, a Republican, lives in Hayes County, where nearly 93 per cent of voters supported Mr Trump and which was named for the 19th US president, Mr Rutherford B. Hayes, who won an election by just one Electoral College vote.

But as he watched the counting progress, Mr Softley’s thinking evolved.

He is a volunteer firefighter, drives an ambulance, helps on a ranch, started a consulting business, serves as the county’s economic development coordinator and helped found a church, where he is trying to grow the congregation.

Most days he starts his workday at 3.50am.

“By Wednesday morning or midday, it looked like a pretty strong possibility it was going to be Biden, and you just resign yourself to the fact,” he said.

“You’ve got to keep working, just got to move on.” 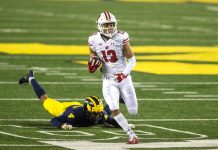 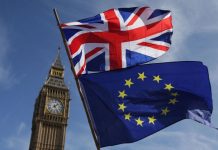 Does Brexit free Europe to seek closer union among its members?

Donald Trump’s contempt for opponents has precedent in PAP Singapore 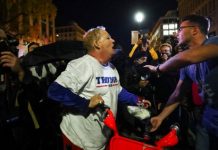 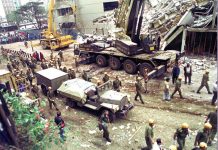 US, Israel worked together to track and kill al-Qaida No. 2 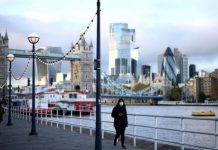 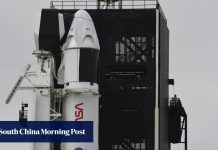 SpaceX launch expected to draw crowd of 500,000 as astronauts set for mission 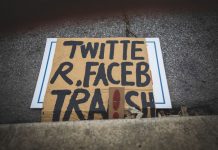 Conservatives flock to 'alt' social media in US election dispute 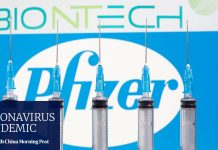 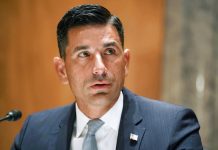 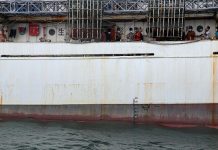 Feels like prison: Seafarers stuck on board due to Covid-19 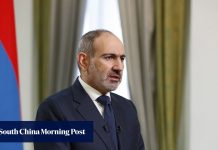