A nod to Bangkok's past


IF you’re dusting off your travel memories and Bangkok comes to mind, chances are so will the hours you spent browsing through its Central department stores – from the behemoth Central World to Central Chidlom and its upscale Central Embassy with its glorious tribute to local street food, Eathai.

As soon as travel borders open and Suvarnabhumi Airport beckons, there’s another Central outpost to explore – which doubles as the latest hangout spot in town and a peep into the history of Thailand’s largest retail group. Central: The Original Store (CTOS) on Charoenkrung Road in one of the city’s oldest neighbourhoods is a designer-chic five-level shophouse that stands in the exact same spot as the very first Central store which opened in 1950. It marked the retail foray of father-and-son founders Tiang and Samrit Chirathivat, who grew the family’s retail empire into what it is today.

With five floors devoted to shopping, cafe, jazz bar, exhibition space and a Thai restaurant by acclaimed chef David Thompson, CTOS is the brainchild of Barom Bhicharnchitr – the grandson/son of the founders.

Pay homage to our history

The idea “was to pay homage to our history but still be relevant to Charoenkrung today”, says Mr Bhicharnchitr in an email interview, referring to surrounding district which is one of the oldest in Bangkok where the first expats lived and an important commercial area because of its proximity to the Chao Phraya River.

The original 1950s building is no longer there, however. “The trust which was renting the land constructed a five-storey building on the site, which is what we have now,” says Mr Bhicharnchitr, “but we have retained most of this building’s original structures”.

Belgian architect Vincent Van Duysen and Tokyo-based interior designers Tripster were appointed to turn the space into one that “reflects the building’s origin and history, making it a cultural centre that embraces its surrounding neighbourhoods and the ever-changing world around them,” he says.

“The main structure’s façade is tiled in traditional hand-crafted terracotta from Lampang, and is deliberately reminiscent of our flagship Central Chidlom store’s original frontage.

“Each level has a unique function. The vast street-front glass panels recall Bangkok’s very first window display. The ground floor sets the retro mood with an elegant entryway, terrazzo floors and high concrete ceilings with wooden beams. This is not a slavish recreation, but invokes the aesthetics of the era. The bespoke iron vitrines represent the traditional lamps used by Tiang and Samrit as they worked through the night building the Central business.”

The 1950s was an important era as “it was during the post-war period when Bangkok was transitioning to its modern form,” explains Mr Bhicharnchitr. “The store is located in Charoenkrung Road in Bangrak, which is still the city’s commercial heart. After WWII, Charoenkrung became the first international street. Interestingly, Central’s first business was importing backdated English magazines, which greatly contributed to the city’s transition.” In fact, there’s an exhibition space devoted to the history of Central, and features an elaborate wall collage of magazine covers from the 50s, 60s and 70s. “We also have Siwilai Sound Club – a jazz bar and record bar where we can reminisce about the old days of Charoenkrung, the birthplace of jazz bars in Bangkok.”

See also  Holidaying without your passport

Even the top floor restaurant, Aksorn, is a culinary tribute to the era. It also marks David Thompson’s return to Bangkok after parting ways with Nahm, the Thai restaurant which made his name.

Like The Original Store which started out as a bookshop, Aksorn’s menu is inspired by Chef Thompson’s cookbooks from the 40s to the 70s – “I have hundreds of them” – which he collected but never really cooked from. A stickler for Thai “authenticity as I understood it”, his cooking is influenced by the earlier periods of royal Thai cooking and he “disdained this period (of the 50’s and 60’s) for being too riddled with foreign influences”.

This was an age when rich Thais were sending their children abroad to be educated, and the growing exposure to the western world filtered down to their food, and cookbook writers then were including such recipes in their work.

“That used to baffle me,” says Chef Thompson in a phone interview. “These cookbooks were written for cooks and mistresses of the house to guide them to have a more sophisticated table. In the good houses of the 50s, western food was often served as the first course to show off the finesse of the cook and the worldliness of the household.”

His task with Aksorn is to emulate the cooks of that time, and faithfully interpreting the recipes to make them taste good for the modern palate. For those who regularly had their brains fried by the unrepentant spiciness of Nahm, “I am more gentle” at Aksorn. And one of his greatest compliments is from regular customers who tell him the food tastes nothing like Nahm.

So what does it taste like? “There is a red curry and the taste is quite regular, but with the addition of peanuts (not unusual), basil and som saa (Thai citron) zest, it’s absolutely delicious. There’s also a pork terrine that’s Chinese in origin but looks Western, with a type of five spice powder. And a terrine stuffed with duck, prawn and mushrooms – it doesn’t taste like Thai food, more Chinese. I’ve learned a lot from these cookbooks. I used to disdain them for being uninteresting but they’re not. There are actually some really nice dishes.”

Of course, with an environment to match, Central: The Original Store is a loving throwback to the past even as it draws a new crowd for being part of the here and now. 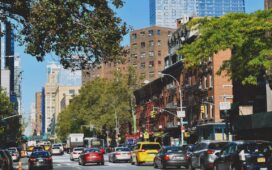 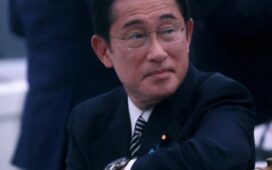 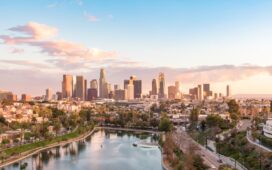