NOTHING says pre-Covid like a big restaurant. Hence the pangs of deja vu at the new 1-Atico – a huge multi-themed rooftop destination that in a now-hazy past would be a place to see and be seen by many of the chi-chi set. We’ve almost forgotten how much we don’t miss these shiny concept-over-substance playgrounds of the hip and hedonistic but now, on the 56th floor of ION Orchard, we feel an odd kinship with an old acquaintance – albeit the superficial kind.

There’s a sense of anticipation as you ride up the special lift from the Level 4 art gallery – the quiet whoosh up 50 floors and accompanying ear pop before you’re deposited at the shiny foyer of the former Salt Grill. Instead of Australian fine dining you’re sent to the other end of the world to South America, where the restaurants FIRE and FLNT do their very best impressions of Argentinian and Japanese-Peruvian Nikkei cuisine. And if you’re more thirsty than hungry, there is the geographically-neutral Atico Lounge to look forward to soon.

Don’t expect any deep dive into the intricacies of the two cuisines, though, as FLNT and FIRE are more aspirational than actual. Nikkei in its raw form was invented by the Japanese diaspora in Peru who got tired of eating local food. It made waves years ago along with the Peruvian wave – especially when star chefs created their own version of it, like Ferran Adria’s Pakta. So if you’re hoping for something in a similar vein, a scan of FLNT’s menu may not excite much – think familiar Japanese and sumiyaki with some ceviche thrown in. It’s not to say it’s not good, but if FLNT can claim its genesis in Peru, then we are Portuguese on our mother’s side.

We decide to take our chances with FIRE instead, since we’ve never been to Argentina and we’ll believe anything they tell us about it, even when the host who guides us to our table greets us with a very warm “Prego”.

FIRE is on the upper level of 1-Atico, a plush, semi-formal steakhouse with an air of seriousness unlike the brighter, cheerful and casual FLNT. Central to its menu is the asador or grill, so pretty much everything has had a brush with, well, fire.

It’s that fire which gives the sourdough bread (S$10) its wonderful smokiness, further enhanced with a spread of wagyu fat and a good dollop of briny, cheesy, creamy uni butter. It would have been great if it could have lasted until our Provoleta ‘Chapa’ (S$24) arrived but unfortunately they are devoured by then. Instead, there are only triangles of chewy tortilla to mop up sizzling hot creamy melted cheese that is so salty you’ll be walking to the washroom with your toes curled. Which is a shame because there is no greater joy than scooping up gobs of melted chewy cheese from smoking cast iron pan.

Another challenge is fighting against the airconditioning to eat your food before it zaps every bit of warm life from it. It doesn’t help when the food comes in spurts so we’re juggling fried cheese, baby empanadas (S$15 for three), mud crab Rescoldo (S$36) and heat maintenance all at the same time.

The crab fares the best, with warmish crabmeat folded with sweet orange segments and seared scallops, topped with seaweed strips. Pleasant, in a non-committal way. The good news is that it’s fresh crab meat. The bad news is that there are bits of shell that stab you in the mouth.

See also  Dalloyau in Central: well flavoured mains, too sweet starters – and beware of price supplements when you order sets

The empanadas are also agreeable, little curry puffs that would not give Old Chang Kee any reason to feel insecure. Filled alternately with beef, squid and corn, there are hints of Indian spices and paprika, covered in a tender pastry.

Grain-fed thick skirt (S$44) turns out to be one of the better performers — an Argentinian offcut done medium-rare and surprisingly tender and juicy with a bounce in each bite. A dip of vinegary paprika-infused oil adds interest. The sherry and orange juice Iberico pork ribs (S$28) pales in comparison with a vague hint of orange juice permeating the thin, dry meat.

Finally, sweetening things up a bit is a juicy poached quince – pricey at S$22 – with blueberries and mild bay leaf and orange ice cream.

Bear in mind that 1-Atico has just opened – probably in a rush to catch the holiday crowd – and clearly hasn’t got its house in order yet. Since you’re still paying the same money whether it’s Day 1 or Day 92, we hope it gets its act together soon. Authenticity doesn’t have to be a big deal so long as the standard is there, and it does have the right ambience for a fun night out with a great view. It won’t light your fire but it does have a bit of spark. 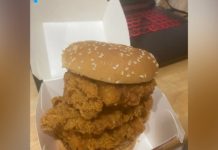 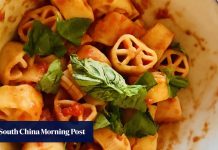 From spaghetti to fusilli, why artisan pasta made with love by Italian family-run businesses is worth the money 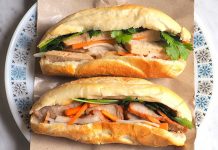 MCO takeaway: Can't travel to Vietnam? You can now get your 'banh mi' at Kota Damansara's Go Vietnam

The message in a reusable wine bottle: Combat climate change 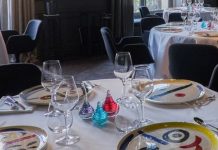 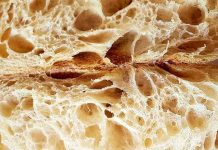 To stand out from the crowd, this baker makes artisanal cream cheese and cultured butter to go with her sourdough bread and bagels 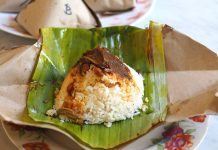 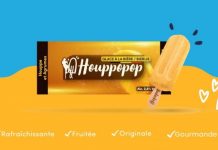 Feeling the heat? Why not cool off with a beer ice pop? 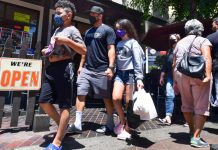 Survey: US restaurants struggle with surge of diners 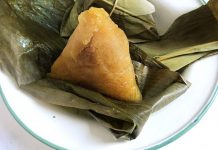 When eating sticky rice dumplings is all about family