Zoe Tay wrote in her Instagram Stories on Wednesday (July 27) that she has tested positive for the virus. The actress posted a photo of herself along with an antigen rapid test (ART) with the telltale double lines.

She added a sticker that reads “Quarantine Mode On” to the post. This comes in the wake of two high-profile events, Ms Tay attended last weekend.

On Friday night, she was at the wedding dinner of 24-year-old Joanna Theng, who was a Mediacorp actress in her younger years and more recently, a social media personality, until 2020 when she got into trouble due to controversial remarks about the LGBTQ community.

Ms Theng is the only daughter of Dr Julian Theng, a prominent Singaporean ophthalmologist. She married Mr Jonathan Bowness on Jul 22. 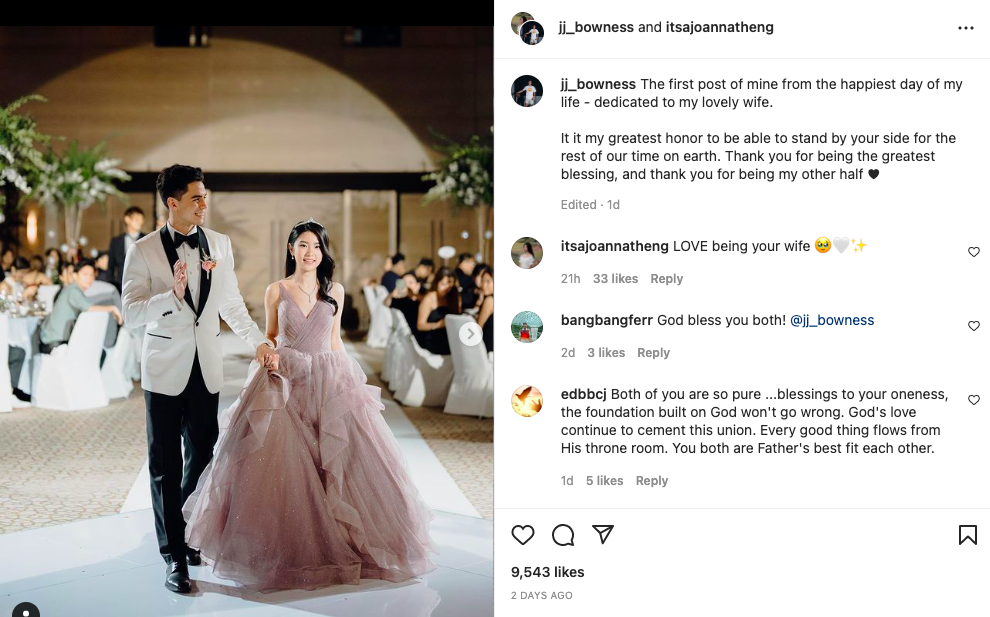 Ms Tay posted photos of herself at the wedding banquet along with friends from show business, writing “Hello friends, long time no see ya!” on her Instagram post. 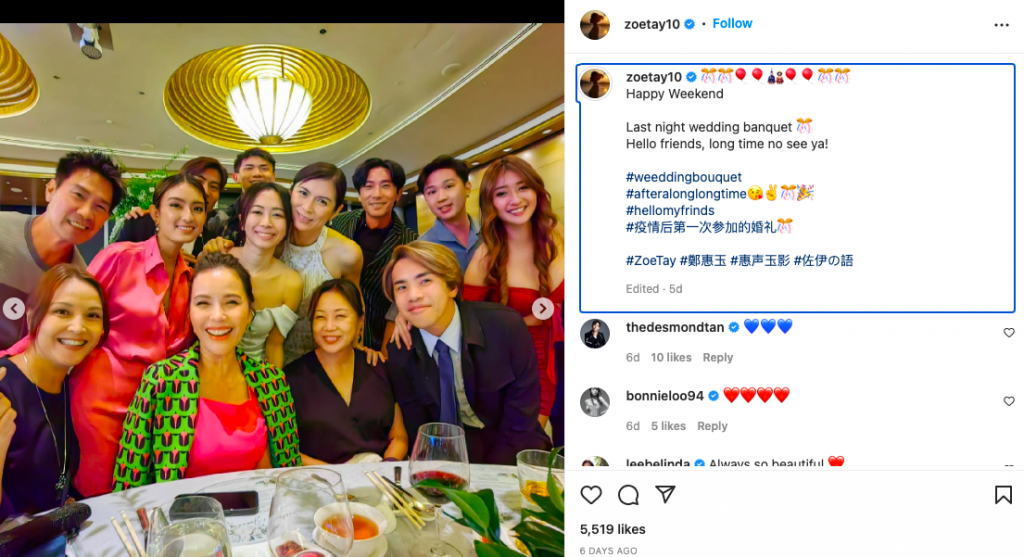 And on Sunday, Ms Tay went to heiress Kim Lim’s birthday party, which was a joint celebration with her young son. 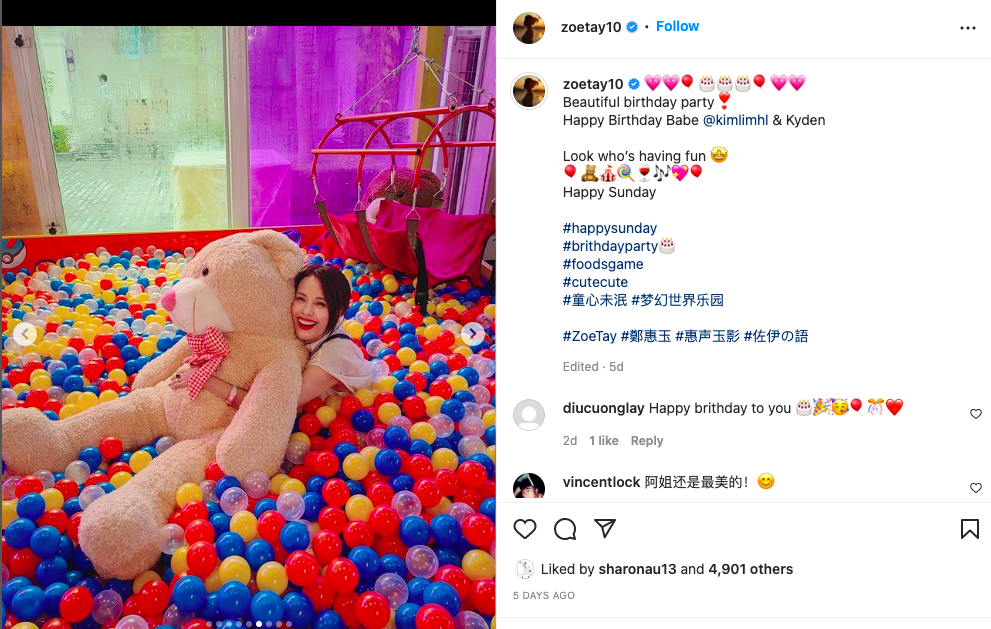 Ms Lim, 31, who has a history of going all-out as she celebrates milestones, threw a big birthday bash for herself and her young son Kyden at Sentosa with the theme “Kandy Karnival.”

The affair was a star-studded one, with celebrities including Ms Tay and Aileen Tan, as well as Xiaxue and other influencers in attendance.

Friends and fans have sent the actress caring get-well gifts as she recovers from the virus. 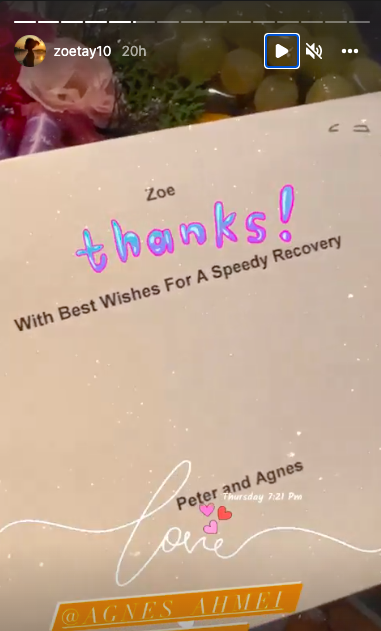 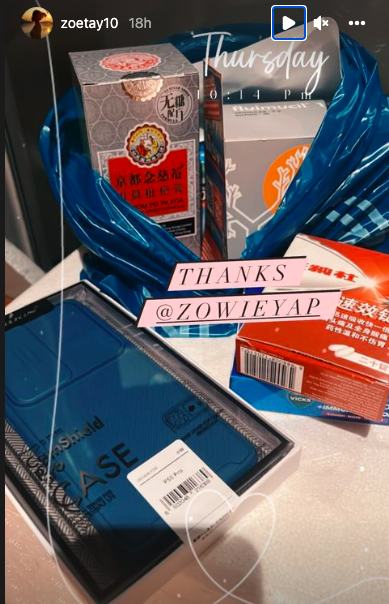 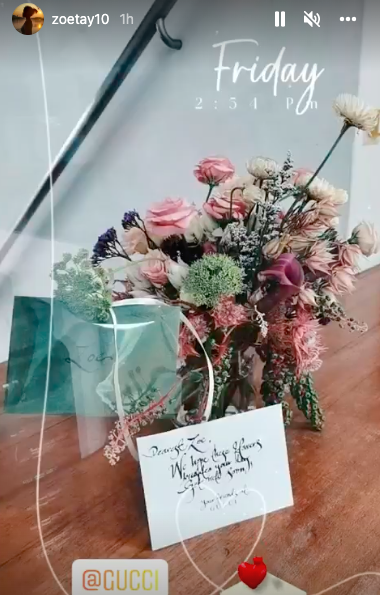 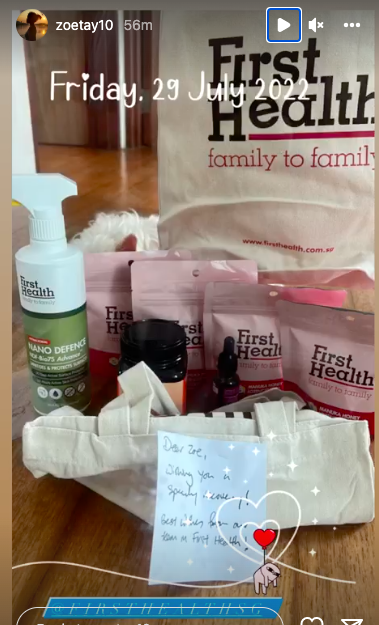 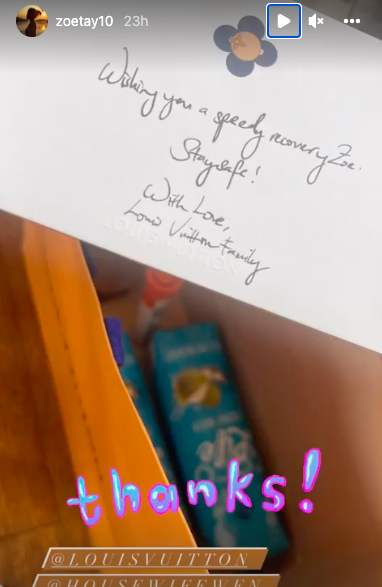 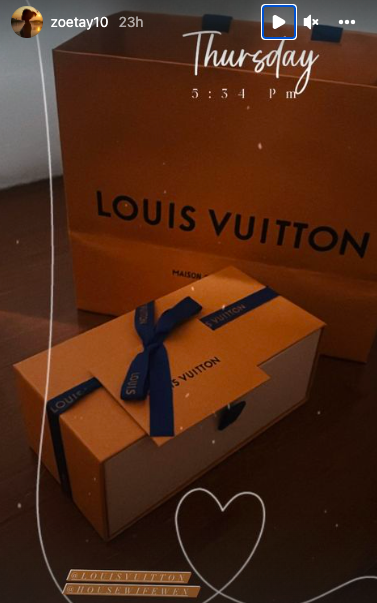 But the actress wrote in one of her Stories that she was missing her beloved upper. 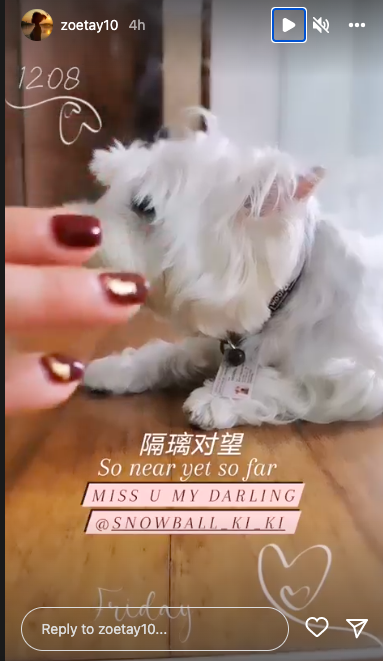 Covid-19 is no respecter of persons, affecting the rich and famous to the same degree as, well, everyone else.

In fact, some epidemiologists have said that we will all get Covid at one point or another, especially as the disease moves to the endemic stage. /TISG