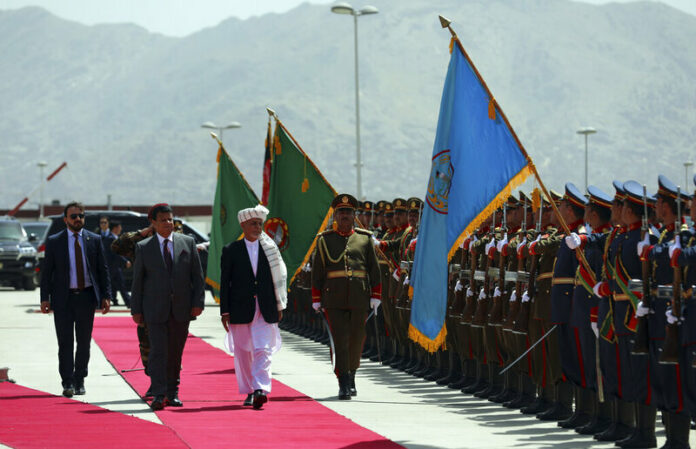 KABUL, Afghanistan (AP) — The Afghan president on Monday blamed the American troops’ speedy pullout for the worsening violence in his country and said that his administration would now focus on protecting provincial capitals and major urban areas in the face of the rapidly advancing Taliban.

Ashraf Ghani also urged lawmakers to back a national mobilization drive against the Taliban amid an intensifying war between the Taliban and Afghan government forces over the past few months as U.S. and NATO troops complete their pullout from the war-torn country.

“An imported, hasty” peace process — a reference to Washington’s push for negotiations between Kabul and the Taliban — “not only failed to bring peace but created doubt and ambiguity” among Afghans, Ghani said in his address to Parliament.

The Afghan president arrived by helicopter for the extraordinary session of the house, called because of the dire situation on the ground. Ghani touched down at the Darul Aman Palace in Kabul and inspected an honor guard before heading inside.

The Taliban are now trying to seize provincial capitals after already taking large swaths of land and scores of districts in more rural areas, as well as several key border crossings with neighboring countries.

“The Taliban do not believe in lasting or just peace,” Ghani said. He predicted a sea change on the battlefield “in the next six months” that would push the Taliban back, without elaborating.

He claimed that Afghan forces are up to the task and have the “capacity” to defeat the insurgents. But in past weeks, Afghan forces have struggled against the Taliban onslaught, and have often been left without reinforcements and resupplies.

Helmand provincial council chief Attaullah Afghan said the Taliban are also advancing in the provincial capital of Lashar Gah, and now have control of the city’s seventh district. On Monday, elite Afghan commando units were dispatched to Lashar Gah to help defend the city.

“There has been relentless gunfire, air strikes and mortars in densely populated areas. Houses are being bombed, and many people are suffering severe injuries,” said Sarah Leahy, Helmand coordinator for Doctors Without Borders.

The group, also known as Médecins Sans Frontières or MSF, said in a statement Monday that life in Lashkar Gah was at a standstill as residents hunker down inside their homes, afraid to venture out.

“Some of our colleagues are staying overnight in the hospital as it’s safer, but also so they can keep on treating patients,” the organization said. “The situation has been dire for months but now it is even worse.”

Faizullah, who like many other Afghans goes by one name, told The Associated Press over the phone that he fled Lashkar Gah with his family and was now following the Helmand River to safety. Clashes between the Taliban and Afghan forces have intensified, he said, and “Afghan security forces are out of supplies and food in the city.”

Back in Kabul, Ghani claimed his government has the financial and political support of the United States and the international community to turn the tide even as he urged the insurgents to rejoin peace talks.

“We either sit knee to knee at the real negotiating table or break their (Taliban) knees on the battleground” Ghani said. 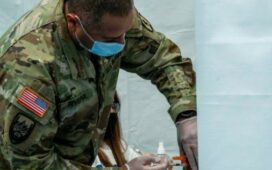 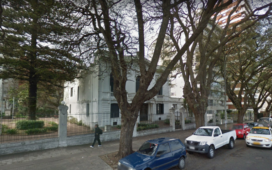 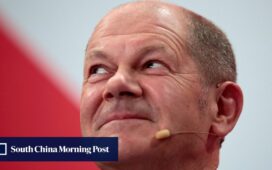 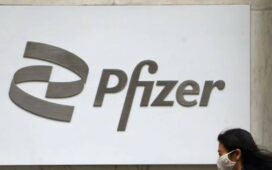 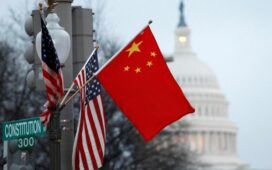 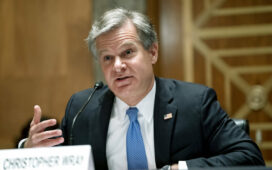 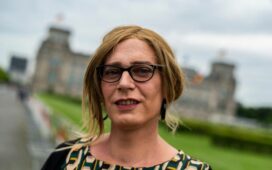 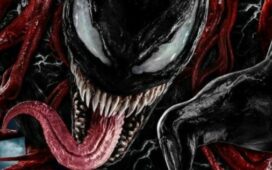