KUALA LUMPUR: After a rousing speech to supporters at a dinner gathering tonight, PKR deputy president Mohamed Azmin Ali says he is ready and willing to hold discussions with party president Anwar Ibrahim in order to ensure the party remains united.

He also urged party members and leaders to focus their efforts on uniting the party, calling them to put aside their past problems.

“The experience that we have been through this one year has been a very bitter and painful experience for all of us.

“So I want to encourage leaders and members to come forward and unite the party. If there are any efforts, I am ready to work together,” he told reporters at a dinner function here today, which has been seen as a rival gathering of his supporters, some of whom, including Azmin himself, left the PKR convention midway.

Azmin said that there will be no breakaway parties from PKR. “We will remain in the party. It’s just that if problems arise, we must discuss to find a solution. We will progress further together as a stronger party under the leadership of the current president,” he said, in a show of support for Anwar.

Speaking in a packed hall at the Renaissance Hotel here where the 2030 Shared Prosperity Vision dinner was held, Azmin reminded the gathering that he had suffered just as much for the party, adding that he had been imprisoned before Anwar went to jail.

“I went to prison on Sept 16. I was stripped naked, stepped on, insulted. Why? Because of the fight that we’ve built in PKR.

“I don’t want to claim any credit because this party was built by all of you. But after 20 years having fought, getting imprisoned; suddenly this is the party’s betrayer. ‘Cis bededah’,” he said, drawing roars of support from the crowd.

He issued a warning against his naysayers, saying they “do not know Azmin Ali” and slammed those who called him a betrayer of the party, describing it as an insult to the contributions of others.

Azmin praised Tian Chua who had remained and spoken at the party’s national congress in Melaka earlier today, saying he had the courage to explain their situation to “those who had no morals”.

“If this (Tian Chua) is the face of the original fighters of PKR who have stayed in PKR, this party has a future and we will bring change that is honest and sincere for the people’s sake and not our own.

“We birth leaders, not bootlickers. If you want to speak, you can. ‘Oh, I’m afraid to be criticised.’ Kepala otak kamu (your head).”

He also criticised representatives who had used the party’s congress as a political platform instead of talking about relevant issues and policies, adding that they were embarrassing to the party.

“Look at Amanah. When it was time for debates, they spoke on the people’s issues. That’s their speakers. What about the speakers of the party that’s supposedly reformist?,” he said, listing out the epithets that were flung during convention speeches, such as ‘Betrayer’, ‘Go home’, ‘Gget out’, ‘Sack’ and ‘Cartel’ (a term commonly used to describe Azmin’s supporters).

“I don’t want to lead a party whose supporters have no quality. I want to be a deputy president of a party whose members have morals and its leaders too,” he added.

Later, when speaking to reporters, Azmin maintained that he did not personally attack anyone in his speech, reiterating that he had defended Anwar after a former staff recently made allegations of moral misconduct against the PKR president.

“After 20 years, I still defended the president and I am loyal. I just don’t want him to be influenced by people who don’t understand reformation.” 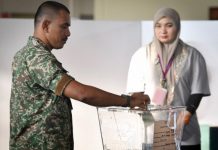 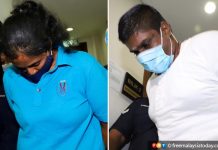 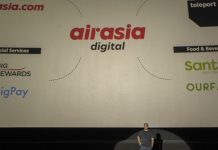 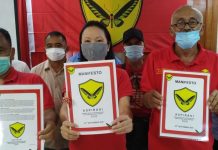 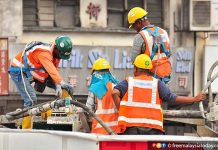