However, Lau also pointed out that Wong was ‘barking up the wrong tree’.

The senator said instead of targeting the federal Ministry of Health (MoH) over the issue of faulty ventilators being delivered to Sibu Hospital, Wong chose to aim his anger at Sarawak United People’s Party (SUPP) where he had been a senior member for a quarter of a century before leaving the party.

“He should have helped Sarawak government voice the unfair practices against Sarawak done by the federal government, rather than attacking fellow Sarawakians when we should all stand united.

“He should have done so much earlier when he was the second most senior minister in Sarawak Cabinet, having the ear and support from the then-chief minister.

“Datuk Sri Wong Soon Koh is the most senior politician in Sarawak, hailing from Sibu and has been an elected representative for 30 years,” said Lau, who is Sarawak United People’s Party (SUPP) Bawang Assan branch chairman.

He then questioned Wong on how many times, if any, did he speak out in the Sarawak State Legislative Assembly (DUN) about the lack of investments in Sibu Hospital over his 30 years of being an elected representative.

He said when Pakatan Harapan (PH) took over the federal government in 2018 and Wong was still a senior member of the Sarawak Cabinet, he (Wong) had met then-prime minister Tun Dr Mahathir Mohammad three times.

Lau said despite having ‘unfettered access’ to the then-prime minister, Wong did not even ask for the return of autonomy in health matters, and neither did he call for the federal government to recognise the State Sales Tax (SST) imposed on Petronas and for the payment of the RM2.9-billion bill owed to Sarawak.

Lau also said in a media statement released during one of the meetings with Dr Mahathir in September 2018, Wong had asked for more flights to Sarawak in order to boost tourism.

“In the two sittings of the Senate where I had the opportunity to attend and highlight issues of importance, I spoke up about the unequal treatment and also Sibu Hospital’s lack of development grants — once in my maiden speech, and later during the debate on the 2021 Budget,” he said, while asking Wong what the latter had done for SUPP during ‘those years in power’.

Lau said he inherited ‘a SUPP that Wong had tried to destroy, and a Sibu branch with a bank account that was in overdraft, when he (Wong) abandoned ship’.

He also asked Wong what had happened to the development of Sibu and the vision of ‘turning the town into a city’.

“He (Wong) had been the leader of Sibu for 20 years after the defeat of the late Tan Sri Wong Soon Kai.

“During these 20 years, he had headed several important ministries in Sarawak, including the second most powerful ministry, the Ministry of Finance.

“He had said that such position would be good for Sibu’s development. What happened to Sibu under his watch?” questioned Lau, pointing out that during those times, Sibu did not get better or richer — citing Bukit Assek and Jalan Tiong Hua as examples of this.

READ  Navy to receive 12 surveillance drones from US this year

According to him, the Bawang Assan state constituency, where Wong has been the assemblyman since 1991, still does not have streetlights along the main road.

In concluding his statement, Lau told Wong that it was time for the latter to ‘own up and take responsibility for the failures’. — Borneo Post Online 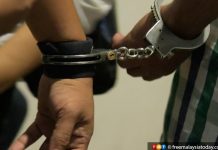 Couple arrested over death of baby 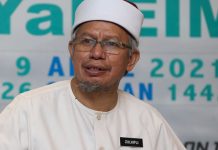 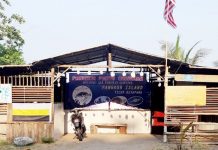 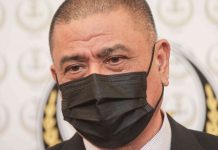 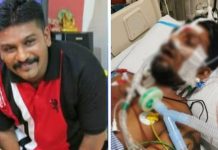 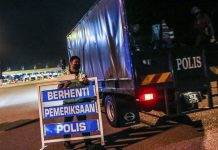 EMCO in four areas in Sarawak till May 13, says SDMC 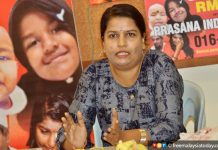 It’s my child, of course I had to speak, Indira tells IGP 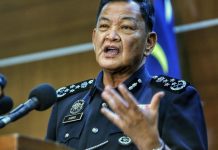 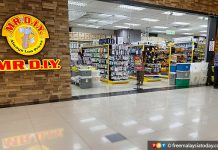 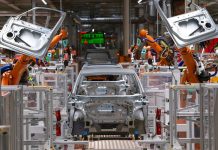