He said the Supreme Council meeting chaired by president Datuk Seri Dr Ahmad Zahid Hamidi at Menara Dato Onn, here last night, decided that the general assembly would be held physically with the presence of 14 delegates of various wings from each division.

“All the delegates from each wing of the party will attend their respective general assemblies in compliance with the prescribed SOPs (standard operating procedures).

Ahmad said on March 18, the party’s president will deliver his policy speech and inaugurate the general assembly, which would continue until the last day (March 19).

In December last year, Umno decided to postpone its 2021 General Assembly which was supposed to take place from Jan 13-15.

The postponement was due to the flood disaster that had struck many areas, where grassroots umno leaders were asked to help the flood victims.

Ahmad said the meeting also saw the Supreme Council pledge support for Datuk Seri Ismail Sabri Yaakob as prime minister, and that the support would be further strengthened.

“Besides that, the Umno Supreme Council also decided that all preparations be made to ensure the party caters to 18-year-old and new voters.

“The meeting also thanked all Umno members and leaders at all levels who were involved as volunteers to help the flood victims,” he said. — Bernama 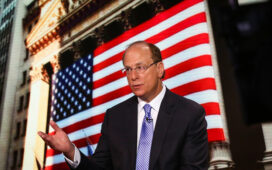