Aide, volunteer say WP leaders were not upfront about being told Raeesah Khan lied in Parliament


SINGAPORE – Unlike what the Workers’ Party leaders had claimed, former Sengkang GRC MP Raeesah Khan had not been the sole actor in allowing her lie in Parliament to go uncorrected, two party members told a Parliament committee looking into the matter.

In fact, the leaders had asked her to “take the information to the grave”, and by not being transparent about their own role, they had been highly unfair to the erstwhile MP, Ms Loh Pei Ying and Mr Yudhishthra Nathan added.

The committee, on Friday (Dec 3) night, released a special report on its investigation into Ms Khan’s conduct, including video testimonies of Ms Khan, Ms Loh and Mr Nathan recorded over two days of hearings on Thursday and Friday.

Ms Loh has been a party member for 10 years, and was WP chief Pritam Singh’s secretarial assistant. Mr Nathan has been a volunteer since 2013, became a member in 2016 and had been in the council of the WP youth wing.

They corroborated Ms Khan’s testimony to the committee, that WP leaders had asked her not to confess about having lied. Both knew by Aug 7 that what Ms Khan said in Parliament on Aug 3 was not truthful, after she confessed to them.

Ms Loh said she was assuaged that the party’s leaders had been informed. However, she soon realised they wanted Ms Khan to batten down and keep to her untruthful story, instead of coming clean to the House, she said.

See also  Police, churches beef up security for Easter, worshippers asked to be 'alert but not alarmed'

When Ms Khan again repeated her lie in Parliament on Oct 4, Ms Loh felt shocked and scared for her. It turned out that Mr Singh had met Ms Khan a day earlier to talk about it, and indicated that he would leave it up to her to decide if she wanted to tell the truth in Parliament. He also told Ms Khan that he would not judge her. This was related to Ms Loh and Mr Nathan by Mr Singh, during a meeting on Oct 12.

Asked about the matter by the committee, Ms Loh said she was disappointed with what Mr Singh had said to Ms Khan. Mr Nathan, meanwhile, said he felt Mr Singh had been rather indecisive.

When the party set up a disciplinary panel into Ms Khan’s conduct on Nov 2, both Ms Loh and Mr Nathan were shocked, given the role the leadership had played.

Ms Loh said she felt the panel composition – Mr Singh, Ms Sylvia Lim and Mr Faisal Manap – was self-serving, as they were the very people who had advised Ms Khan on what to do and played a part in allowing the matter to drag on.

Mr Nathan felt any inquiry should have been done earlier, since the panel’s members already knew of Ms Khan’s lies since Aug 8.

He added the panel had contributed to an uninformed, biased and jaundiced view of the incident, because it had invited WP members and volunteers to give their views on the incident without revealing that Ms Khan had acted with the guidance of the senior WP leaders now making up the panel.

Eventually, Ms Loh and Mr Nathan met the panel on Nov 25, and told the three WP leaders they should tell the public the true events that took place. They said not disclosing the full events would be highly unfair to Ms Khan.

Ms Loh told the Parliament Committee what Mr Singh had said on Thursday was not completely true.

“Ms Khan’s mistake and the extent of her mistake is lying in Parliament on three occasions. But beyond that she is not a sole actor in how things transpired, and when she could, when she felt the need to come clean, she had informed leadership of the matter,” she said.

“In case anyone thinks I am coming in with an agenda, I just want to clarify that I’ve been a member of WP for 10 years and I’ve given the cause a reasonable amount of my personal time and my youth.”

Tearing up, she added: “I’m very aware of the ramifications of what I’ve shared… it pains me greatly. But to me, beyond anything else, it’s important to be truthful to my country. I’m genuinely very afraid of what will happen after.” 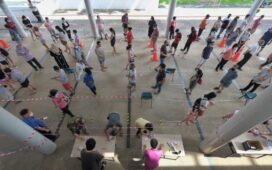 S'pore's Covid-19 story: In the same storm, in different boats, but going the right way? 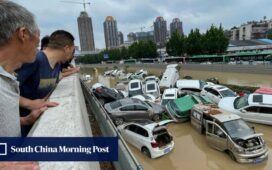 All govt agencies will sign up to SMS registry; review use of SMS, clickable links 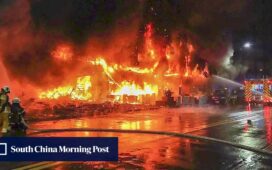 Taiwanese woman may face execution over blaze that killed 46 people 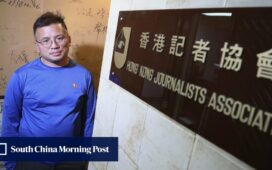