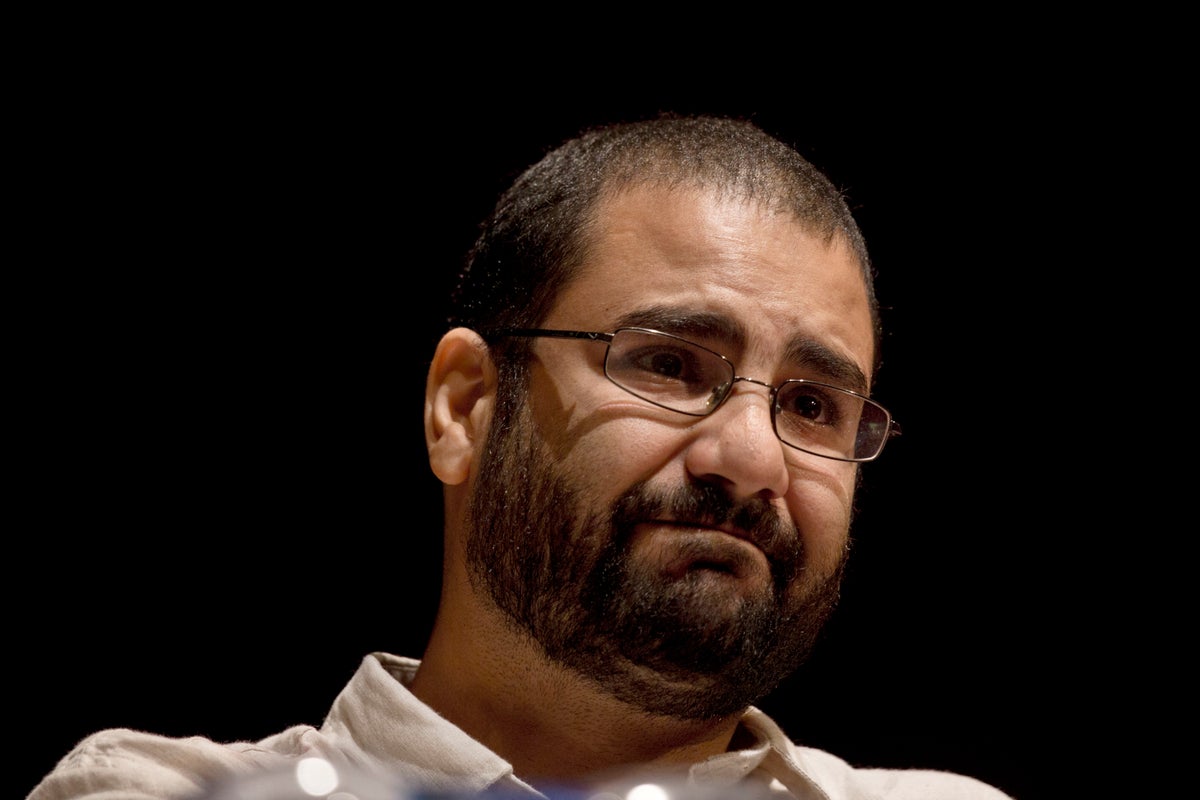 The family of British-Egyptian Alaa Abd El-Fattah on hunger strike has said medical intervention has been taken to maintain his health.

“They said medical procedures were implemented to maintain his health and that legal entities have been informed,” his mother Laila Soueif told Reuters by phone.

“Nobody has officially notified us with any action that has been taken.”

Mr Abd El Fattah, a human rights activist, stopped drinking water on Sunday, after a six month hunger strike in protest of his unjust detention and Cairo’s refusal to allow him consular access.

Without water the Amnesty International prisoner-of-conscience will likely die within days.

His mother added: “They say he’s still in prison. They refused to allow me to wait outside prison, refused to receive any letters from me.”

In a Facebook post this morning, his sister Mona Seif wrote: “How can they not inform us and the lawyers? How can we not see Alaa ourselves?” adding in a tweet that she is “terrified”.

Tagging prime minister Rishi Sunak, foreign secretary James Cleverly and minister of state foreign commonwealth & development affairs Lord Ahmed, she also wrote: “Surely our mother should see him, or someone from @UKinEgypt so we understand his real health status!!”

Egypt is currently hosting Cop27 and Mr Sunak is in the country alongside dozens of world leaders, in his first major international trip since assuming office.

Before flying to Sharm El-Sheikh for the summit, Mr Sunak promised Mr Abdel-Fattah’s family securing his release was a “priority” for the government.

However since landing he has been filmed dodging journalists’ calls for comment on the status of the negotiations.

Mr Abdel-Fattah, one of the most well-known pro-democracy activists in Egypt, has spent most of the last decade behind bars. He is currently serving his latest five-year sentence for sharing a Facebook post that was critical of prison conditions. He has repeatedly called for the release of all those unjustly detained in the country.

Egyptian president Abdel-Fattah al-Sisi has been accused by right groups of strangling freedoms and violently stamping out dissent since storming to power after a military coup in 2013.

The authorities have arrested tens of thousands of people, while hundreds of protesters have been killed over the years. Protests are effectively banned, and hundreds of websites have been shut down Including most recently this week Human Right Watch’s website.

Meanwhile, rights’ groups have said they fear the 40-year-old will not be able to survive a water and hunger strike.

“I cannot emphasise how dangerous his situation is,” Hussein Bayoumi, Amnesty International’s Egypt researcher, told The Independent on Tuesday.

“It is key that the Egyptian authorities allow contact [with his family] and access to independent medical professionals chosen by his family that can access his medical situation otherwise we risk Alaa Abdel-Fattah dying in prison.”