After generating a bit of buzz with the live action adaptation hitting cinemas earlier this year, Aladdin is back on our radar; this time, as a musical. Having toured Australia over the past couple years, the production makes Singapore its final stop and only one in Asia, with a cast and crew mostly from Australia, New Zealand, Canada, and the US.

Some quick stats: It’s got a total of 500 sets and props, 337 sparkling costumes studded with nearly 500,000 crystals, and 120 pieces of gold in the Cave of Wonders. Basically, it’s a glittering feast for the eyes — almost a sensory overload — that will, and we don’t say this lightly, keep you entertained and on the edge of your seat the entire time.

As the lights dim and the curtain rises, you’re instantly thrust into the world of Agrabah, and it’s an explosion of color. Characters are introduced, the Merlion tickles the audience with a surprise appearance, and Arabian Nights comes on, bringing back all the nostalgic feels.

Graeme Isaako does a fine job of capturing the playfulness and high energy of Aladdin, bounding across the stage and over rooftops in One Jump Ahead, before belting out a velvety smooth rendition of Proud of Your Boy. The buddy bromance with his three street urchin sidekicks Babkak (Troy Sussman), Omar (Adam Di Martino), and Kassim (Rob Mallet) — instead of the monkey Abu — is cheeky and affectionate, and brings a new depth to the story.

As for Jasmine, Shubshri Kandiah plays her with an earnestness that’s sweet, lovely, and at times sultry, sparking off quite a bit of chemistry between the two romantic leads. You find yourself rooting for the couple in A Million Miles Away, even though you already know they’re endgame.

Oh, and can we just talk about that mind-boggling magic carpet scene? The team behind the musical was tight-lipped about how it works, but boy oh boy does it exceed your wildest imaginations. Set against a moonlit backdrop of starry skies, the contraption actually zooms into the air after the pair get on board, and how they manage to maintain their composure while crooning A Whole New World is beyond us. (Then again, they’ve done this hundreds — or thousands? — of times.)

You can almost feel the audience collectively craning their necks to scrutinize the carpet for strings or some sort of evidence that the ride isn’t actually other-worldly; but whatever magic Disney uses, it leaves no trace behind.

Still, even with scene-stealers Jafar (Patrick R. Brown) and Iago (Doron Chester), who crack us up rather than terrify us with their portrayal of the villains, there’s one who rises above the rest: Genie.

Playing him with a larger-than-life disposition, Gareth Jacobs comes damn near close to the character made iconic by the late Robin Williams. Some may even say he surpasses Will Smith in the recent remake.

That classic sequence in the Cave of Wonders? Yeah, it’s the highlight of the musical. The moment Genie appears on stage, don’t be surprised if you forget about the rest of the cast for a second. Jacobs’ sassy, fast-talking depiction of the supernatural being is delightfully charming, taking up all your attention for Friend Like Me, which ends the first act with a bang. From the bedazzled cave and the little magic tricks to his powerful vocals and flamboyant theatrics, there’s so much to see and be awed by.

The show could be called “Genie and his pal Al”, and we would nod our eager approval. Jacobs alone makes it a spectacularly impressive watch, so props to him for his brilliant take on Genie.

Even though we would’ve used one of our wishes to ask for a fuller, more vibrant stage during the Prince Ali number (where were the 95 white Persian monkeys?!), the musical still sparkles from beginning to end.

In short, don’t brush off Aladdin as a fluffy Disney production. Sure, it’s based on the cartoon, but it’s also got the added bonus that is the famous Disney touch. The whole spectacle is magnificent and majestic. Everything, from the speedy costume changes to the elaborate set pieces, shines and shimmers in its splendor, making it absolutely worth your while to splurge. On good seats, too.

FIND IT:
Aladdin is on from now till Sept 1, various timings at Sands Theatre at Marina Bay Sands.
$68-$228.
MRT: Bayfront 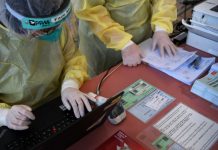 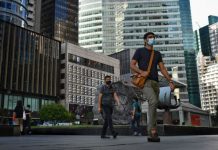 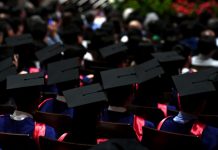 Graduating in the midst of a pandemic: What's next? 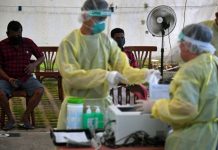 344 new coronavirus cases in Singapore, including 7 in community 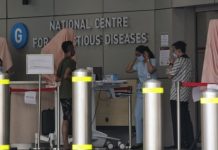 PSP’s take on reducing healthcare costs in Singapore: A shift to ‘preventive care’ 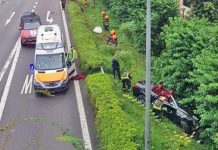 Man killed in accident on CTE 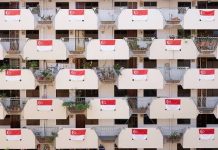 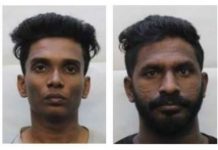 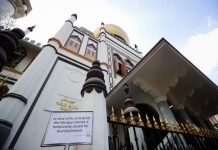 Over $4.9m to be disbursed to mosques, Muslim organisations, madrasahs and other beneficiaries