Exeter hope former Wales and British Lions winger Alex Cuthbert will be fit to return in the ‘foreseeable future’.

The 30-year-old has played just three times in the last 14 months due to shoulder and hamstring injuries and, most recently, what boss Rob Baxter called a ‘significant muscle tear’.

“Alex would play tomorrow, that’s the kind of guy he is,” Baxter said.

“Probably it’s been the reason why he’s tended to pick up injuries or injuries have become sustained worse injuries.”

Director of rugby Baxter told BBC Sport: “He’s quite a tough cookie, he wants to be on the field and he gets on with things and sometimes maybe hasn’t quite reported little bits and pieces, so we’re being maybe a little bit overcautious just taking our time.

“He’s one of these guys who’ll be around in the foreseeable future, but it’s just one of those things, players pick up injuries and you’ve got to condition them through it and get them 100% fit to play.”

Since moving to Exeter from Cardiff Blues on a three-year deal in the summer of 2018, Cuthbert has scored two tries in 24 appearances and started the 2019 Premiership final loss to Saracens at Twickenham.

In his absence Tom O’Flaherty has shone out wide, while Olly Woodburn has also had a lot of game-time with Exeter also missing England winger Jack Nowell after toe surgery following the Premiership final win over Wasps in the autumn.

Despite not being able to feature as much as he would have liked, Baxter says Cuthbert’s dedication has never been in question.

“The one thing that everybody here at the club’s very positive about is he’s one of the hardest-working rehab people we’ve had,” he added.

“The conditioners and the physios can’t talk highly enough about how professional he is and how hard he works to get himself right.

“That’s all you can ask of a player. You can’t ask players not to get injured, that’s not how it works.

“All you can do is ask them to give every opportunity to get back on the field when they can and be ready to play and he does that every single time.”

Football: 'No excuses' for virus-hit Villa ahead of Premier League return 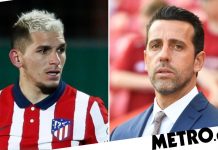 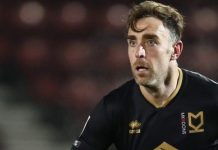 'This will go down in history': India coach Shastri hails 'unimaginable' win

UFC 257: Michael Chandler says fight with Conor McGregor inevitable ‘if I do my job’ vs Dan Hooker 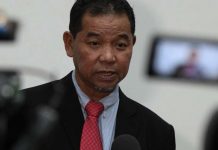 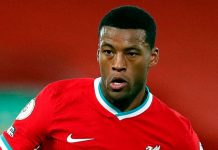 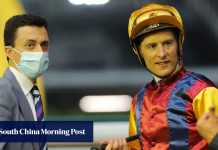