The approved plan showed that a 63-storey mixed-use building with prime office space with hotel, retail and leisure components, would take the place of the 50-storey tower in Tanjong Pagar district. Its maximum approved height of 305 metres would surpass the current record held by the 284-metre Guoco Tower, also located in the vicinity.

The redevelopment has received the go-ahead from Singapore’s Urban Redevelopment Authority (URA), according to an earlier report by local media Channel News Asia.

Alibaba bought a 50 per cent stake in AXA Tower, which has 1.05 million sq ft of gross floor area, in June 2020 from a consortium of investors including Perennial Real Estate Holdings, according to stock exchange filings. Perennial was taken private by its major shareholders and delisted in September 2020.

Based on URA’s Master Plan 2019 , AXA Tower had already secured an approval to expand its gross floor area from existing 1.05 million square feet to 1.24 million, and to 1.55 million should it integrate hotel and residential usage under an incentive scheme for projects in the central business district.

“The Singapore office market is able to weather the economic storm because of the lack of supply,” said Alan Cheong, executive director of research and consultancy at Savills Singapore. The redevelopment of AXA Tower, which is likely to be a triple AAA grade office building, “would not add much to the overall office supply in the future.”

The superior vantage of the Marina Bay area would still make this an attractive address for future multinational tenants, he said, adding that the dearth of supply would make it a case where “the best of the best tenants would initiate the move from lower-grade offices to AAA ones,” he added.

With Singapore among several countries to have largely shifted away from Covid-19 travel curbs and other social distancing measures, investors are finding more reasons to bet on its office space.

Prime office rents in Singapore rose 4 per cent last quarter from a year ago, according to the latest report from Knight Frank. Rents also increased by 1.1 per cent in the April to June period compared with the previous quarter.

Among all 23 Asia-Pacific cities tracked by the property consultancy, Singapore is the only city to have sustained rent expansion since the third quarter of 2021, the report showed. The city’s office vacancy rates stood at 5.2 per cent in the period, the fourth lowest in the region.

Tech and wealth management firms are also leasing much of the CBD Grade A spaces as banks scaled back, according to Cushman & Wakefield. Capital International expanded to a 58,000 sq ft vacated by UBS in One Raffles Quay last year, while Amazon leased 90,000 sq ft in Asia Square Tower One vacated by Citigroup.

Blue chip corporations will continue to be drawn to Singapore’s political stability, pro-business policies and strategic geographic location, establishing their headquarters here amid geopolitical developments in Asia, it added. 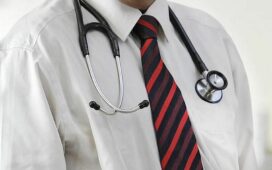