No stranger to controversies, Aliff’s latest music video teaser in collaboration with Baby Shima has been frowned upon. — Screengrab via Instagram/aliffsyukriterlajaklaris

The post has garnered over 20,000 likes, with the comments section turned off.

“Anyone eager to watch this video clip that is even better than any other Blackpink or BTS video, please wait for this upcoming song,” he wrote.

In the video, Aliff, “performs” with Baby Shima in a sexy outfit as she gyrates.

With the comments section has been turned off, many took to Facebook to express their frustration on Facebook that Aliff was back promoting provocative videos.

Many wrote saying the music video was a disgrace and embarrassment especially to Aliff’s family while others sympathised with Aliff’s wife having to live with his raunchy videos.

One Facebook user however wrote that Aliff was mainly seeking attention so that his video would go viral and that more would subscribe to his social media channels.

“He has a Datuk Seri title but he is still so childish,” wrote another user.

This is not the first time the singer has caused an uproar online as his previous Hari Raya music video Kelepok Raya was slammed online for featuring ‘effeminate’ dancers which was deemed inappropriate with the Ramadan spirit.

Known for his string of controversies, the singer had also posted a video with explicit advice to newly married couples in bid to promote his “sexual health” supplement. 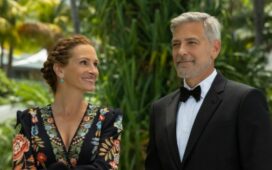 'The chance to be snarky to George really jumped out at me': Julia Roberts and George Clooney on 5th collab Ticket to Paradise 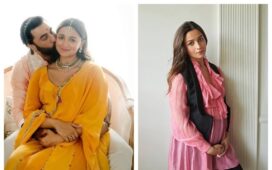 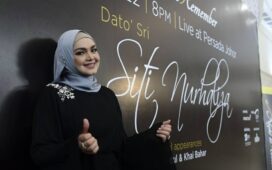 I will not stop my daughter from becoming a singer, says Siti Nurhaliza 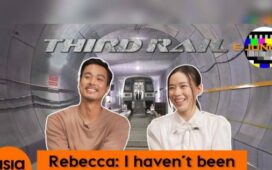 E-Junkies: 'I don't even have any mood to plan for my wedding', says Rebecca Lim about difficult role in new drama Third Rail 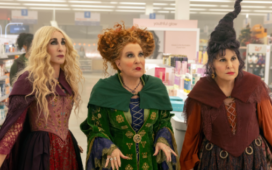