Amazfit is here with its new best-value fitness trackers, the Amazfit Bip 3 series. The lineup consists of the Bip 3 and Bip 3 Pro, with the latter sporting additional built-in GPS and support for Open Water Swimming mode.

The Amazfit Bip 3 series packs a 1.69-inch TFT touchscreen (240 x 290 pixels resolution) with 2.5D tempered glass and an anti-fingerprint coating layered on top for extra durability. The display is the main input and output surface for all incoming notifications, calls, and metrics, with up to 50 customisable faces. The wrist straps are made from silicone. 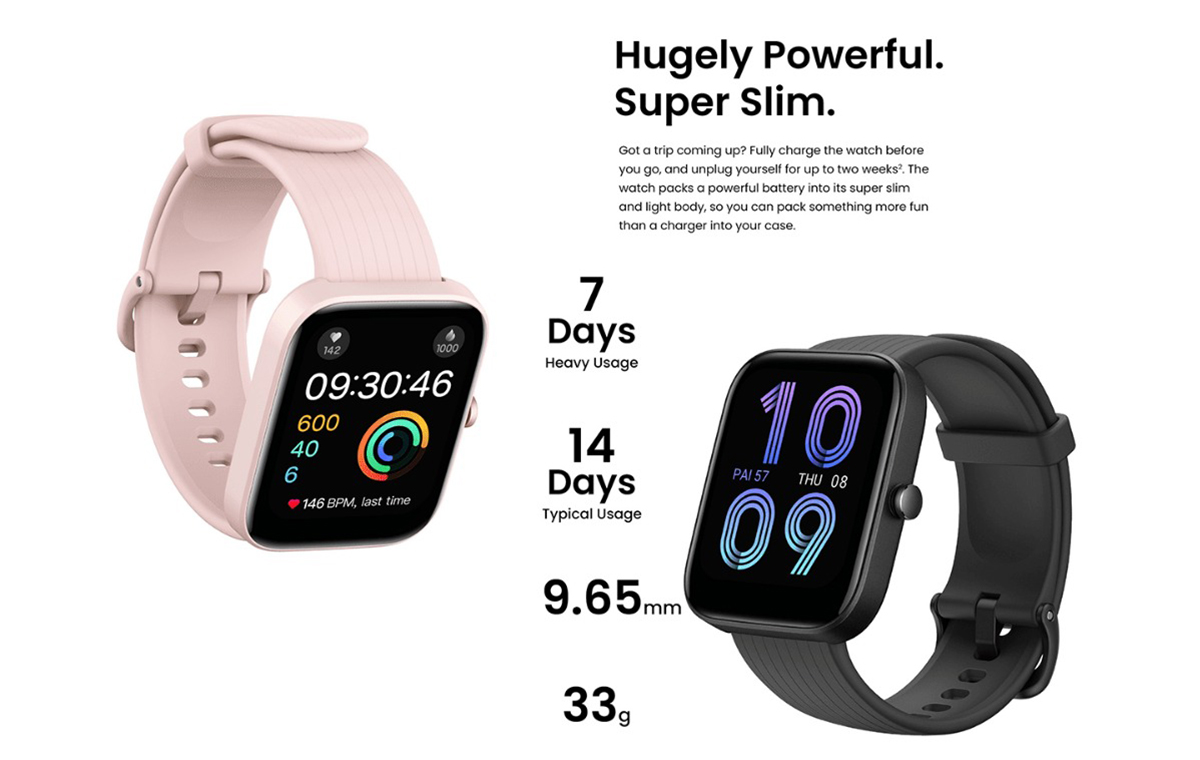 Both models feature GPS support and 14 days of battery life on a single charge (typical use). However, since the Amazfit Bip 3 lacks built-in GPS, the tracker will instead rely on GPS from a connected smartphone.

Both models offer 5ATM water resistance, allowing users to take them down to a depth of 50m underwater. With swimming modes, the Bip 3 series supports tracking for up to 60 sports modes, on top of a Target Pace feature for goal-setting needs on the treadmill and outdoor running activities. 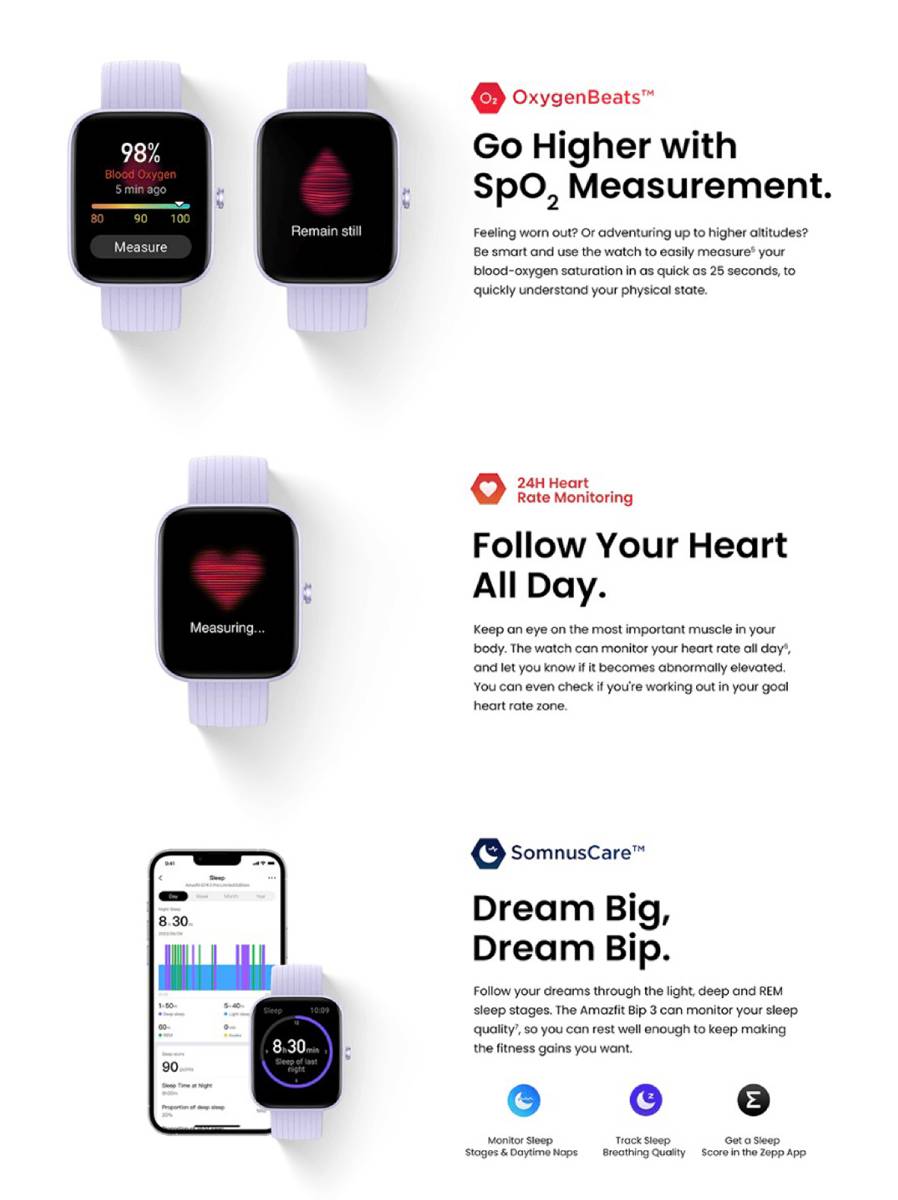 A further addition is the fitness trackers’ built-in PAI Health Assessment which gives an overall fitness and health score based on activities conducted by the user in a day. 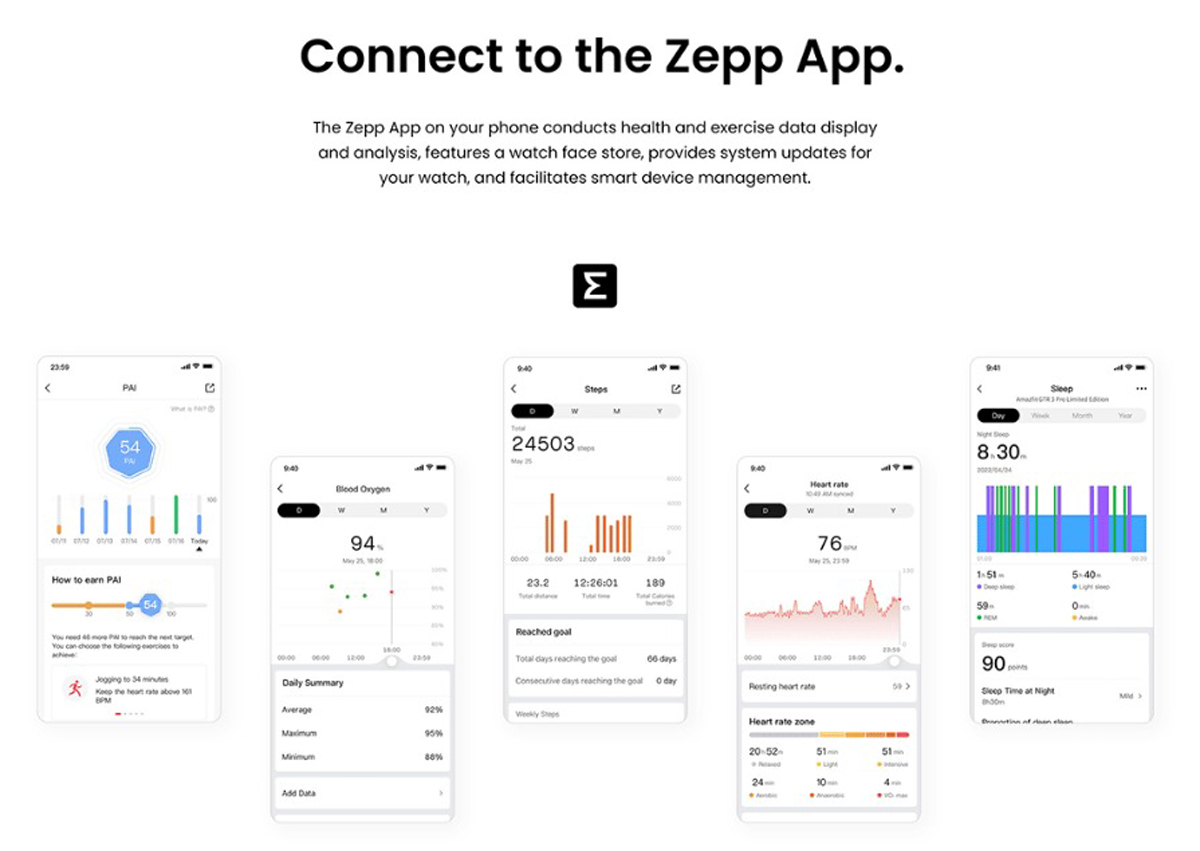 Both devices are compatible with phones packing Android 7.0 and iOS 12 or later.