NEW YORK CITY: When the time came for Bashar Jaafari, Syria’s former UN permanent representative, to leave New York, only one person saw him off at JFK airport: his loyal office assistant.

The symbolism of the moment perhaps eluded the lady as she waved goodbye to the diplomat disappearing through the throng of travelers: Nothing more than Jaafari’s lonely departure could embody the image of Bashar Assad’s regime as it stands isolated on the world stage today.

Jaafari went back to Damascus where he would take up his functions as deputy minister for foreign affairs, back into the arms of a regime that was his sole supporter at the UN headquarters.

He had for years used the time allotted to him at the Security Council to blame the West for the misery Syrian people rile under. He once called Western nations “Ali Baba’s thieves without borders,” there only to pillage Syria’s wealth, both material and cultural.

Jaafari’s insults did nothing, however, to alter the member states’ stance on what are now firmly established facts, regularly emphasized by the secretary-general’s reports on Syria. In every council meeting, representatives called on Assad to come clean about his chemical weapons which, they repeated, he has used against his own people.

They rejected Assad’s plans for “sham elections.” And when the regime, backed by Russia, organized a conference designed to encourage Syrian refugees to return to “now safe” Syria, the Americans dismissed it as “a dog and pony show.”

Isolated and paralyzed by the Caesar Syria Civilian Protection Act’s sanctions, the regime has been using every ruse in the book to find a way around them. The changing of the guard in Washington, coupled with the appointment of senior White House advisers keen on a thaw with Iran, may be just the break Assad and Hezbollah chief Hassan Nasrallah had been waiting for.

“We as Syrians are afraid of those advisers who have good ties with the Iranians,” said Ayman Abdel Nour, a Syrian reformist. “Are they going to sell us out — like they did under (President Barack) Obama — as the icing on the cake of another nuclear accord?

The signatories include also other clerics besides officials and civil personalities with close ties to the Assad regime.

As scholars of modern Middle East history can attest, the Assad regime has a long history of using minorities as a means to burnish its image abroad while keeping its crimes under wraps.

When Hafez Assad came to power in 1970, he presented himself from day one as the “minority protector” and the antidote to rising Islamic fundamentalism. In the name of fighting radicalism, Assad the father erased entire towns, carried out brutal massacres, and tightened his minority Alawite regime’s iron fist on the nation as its absolute ruler.

His son Bashar continues to use the Christian minority in his various attempts to get around the sanctions, and as he desperately tries to regain some sort of international recognition.

Thus, he sent four patriarchs to Washington in 2013 to meet with President Barack Obama. When the latter watched them repeat the same talking points from small paper notes hidden in their pockets, he was infuriated.

“It was a disaster, that meeting,” remembers Abdel Nour, who met with the four patriarchs at their hotel lobby before their meeting with Obama.

“It was very clear that the patriarchs were the regime’s intelligence messenger. So, when they returned the following year, Obama refused to meet with them.”

Assad had more tricks up his sleeve, so to speak, as the sanctions’ noose continued to tighten. In 2017, After he declared victory in Aleppo, he went on to seek the Vatican’s public support.

In order to get it, he gave the Holy See two offers the latter could not refuse: The first was a license to build a Roman Melkite faculty of theology open to seminarians from all over the Middle East.

The second was a visit he personally paid to a Syriac Catholic youth camp. All smiles, he posed for the cameras that showed him buddying up with the Christian youths.

Patriarch Younan, who was appointed by the Vatican, was very pleased. He and his Roman Melkite counterpart sent Pope Francis telegrams lauding the generosity of the president and imploring him to send a delegation to meet with Assad.

“The pope could not say no. These are his two patriarchs for the whole Middle East, not just Syria,” said Abdel Nour. “They have constituencies in Lebanon, Jordan and Palestine. So, he sent that delegation. And Assad used the photo-op to show the world that he has the Vatican’s support.”

Again, however, the Vatican quickly moved to distance itself from Assad’s “actions.”

Thus, when Abdel Nour, who is also the editor-in-chief of All4Syria, Syria’s leading independent news outlet, got wind of the Jan. 21 letter, he was alarmed.

He says he picked up the phone and called the signatories. He learned that some had been coerced to sign; others had sought changes to the letter before agreeing to sign, but their names were added anyway without any changes made.

One signatory was on a hospital bed when Abdel Nour called him. The patient had not even heard of the letter, he said.

An examination of the background of one of the letter’s signatories, SOS Chrétiens d’Orient (SOS-CO), reveals that the French NGO knowingly transferred money and equipment to the pro-regime National Defense Forces (NDF).

The Nov. 2020 report compiled by the UK-based Syrian Observatory for Human Rights (SOHR) also claimed there are close ties between SOS-CO’s founders and NDF leaders.

The US Treasury Department defines the NDF as “a pro-Assad, Iranian-affiliated militia.” It sanctioned one of its top leaders late last year for his alleged role in the massacre of more than 70 civilians.

What alarmed Abdel Nour most was the sophisticated, efficient language of the letter. It was written by highly respected Christian dignitaries who wrote a single, simple demand: that sanctions be lifted.

This is the kind of letter that gets attention in Washington, D.C. “They worked very hard on it. They started writing in December, two months before Biden took the oath of office,” said Abdel Nour.

“And they submitted it to him on January 21, his second day in office, hoping to capitalize on the new momentum. The letter makes it look as though all the suffering of the Syrian people is due to the Caesar Act sanctions against the figures of the regime.”

Something needed to be done, said Abdel Nour, who is president of the non-profit Syrian Christians for Peace. Work on a new letter then began. A response was written and signed by prominent Christian and Muslim figures from six Arab countries.

The signatories wrote that, in Assad, the world is dealing with a leader who has been summoned by European courts for his war crimes and crimes against humanity.

They argued that Syrians are suffering indeed, but for reasons that have nothing to do with sanctions: The regime has found ways to steal humanitarian aid, sell the goods on the market and use the profits to finance its military operations against civilians.

They called for aid to be delivered directly to impoverished Syrian citizens living in refugee camps under the supervision of international organizations.

The letter also pushed to put a stop to any increase in humanitarian supplies, contending that it is not the quantity of aid that is the problem, but the way it is distributed. Instead, according to the signatories, it would be more than enough for the US to push for a full implementation of Resolution 2254, which called for a ceasefire and political settlement.

The letter apparently did not go unnoticed at the State Department. Anthony Blinken, who during his five-hour Senate confirmation hearing last month did not once mention Syria, called UN Secretary-General Antonio Guterres and discussed some of the letter’s recommendations: Both reaffirmed their commitment to the political process under the Security Council Resolution 2254 and the extension of a cross-border authorization to deliver aid and help relieve the suffering of the Syrian people.”

The issue again came up during a call between Blinken and his Turkish counterpart. “Blinken showed he is an official who has dignity,” commented Abdel Nour. “He read a credible letter from a reputable group of signatories and he adopted it as policy.”

Abdel Nour, whose podcast Risala Ila Sourriyyin (Letter to Syrians) has 1.5 million weekly listeners, said the US still has no strategy for dealing with the Syrian crisis, although the State Department is fashioning one. He believes it will not be separate from the strategy for the Middle East, which includes Iran.

In a list of recommendations that he was asked to share, Abdel Nour urged the State Department team to heed the lessons taught by the Obama-era 2015 nuclear accord: “The deal did not prevent the Iranian regime from expanding and taking control of Arab capitals. It put US allies (the GCC countries) in constant danger. The nuclear agreement should not be reinstated without first addressing the concerns of Arabs who live in the region. Then there is the case of Iran’s ballistic missiles which, if developed, will reach European capitals.”

That the nuclear agreement needs to be updated is, to be sure, Blinken’s own stance. But in a Security Council that has been for years paralyzed by US-Russia sparring, is an updated deal a realistic option?

“I think so,” replied Abdel Nour, “because in the past two years Iran has shown its hostile face. It has shown how much damage it can inflict on Saudi oil facilities using Yemen and Iraq. And that’s very dangerous. What they also did against the American embassy in Iraq is unacceptable.

“This will not pass. There will be retaliation.”

With inputs from Oubai Shahbandar in Washington, D.C. 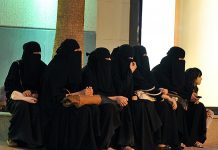 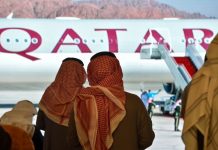 UAE, Qatari delegations meet in Kuwait to follow up on AlUla Declaration 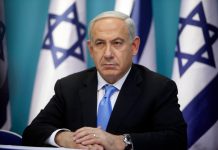 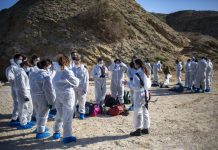 'He treated me as a slave': Women face rising violence amid war in Yemen

‘Right now I’m into Libyan reggae’: the music label delving into the Arab world's back catalogue 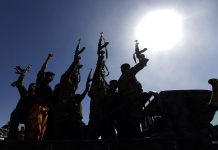 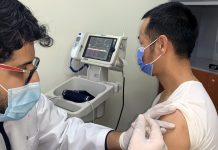 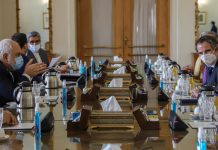 Iran Curbs Nuclear Inspectors, but Appears to Leave Space for a Deal