Apple used more suppliers from China last year than it did from Taiwan for the first time, highlighting the difficulty the United States government will have in persuading companies to become less reliant on its superpower rival.

Despite Donald Trump’s trade war against China, the tech company had 51 suppliers based in China and Hong Kong in 2020, according to a Nikkei Asia analysis of the annual Apple supplier list released last week.

The figure compares with 42 in 2018 and it knocks Taiwan – led by the flagship semiconductor producer TSMC – off the top spot for the first time. Apple did not release data for 2019.

Nikkei Asia said the list, which has been released almost every year since 2013, covers 98% of Apple’s parts and production expenditure for the previous year.

Apple is the biggest tech company in the world and sold more than 300m devices in 2020, from iPhones and watches to iPads and Macs, in a business worth hundreds of billions of dollars.

The scale of its business means Apple is drawn to a huge manufacturing base and skills pool in China that no other country can match.

But Chinese suppliers were also successful because they offered prices that competitors found it difficult to compete with, one Apple supply chain manager told Nikkei Asia, adding that becoming an Apple supplier was a “golden ticket”.

“They are willing to take low-margin businesses that other suppliers are reluctant to pick up,” the manager said. “This way, they could gradually level-up by working with Apple and can later bid for more business the next time.”

Apple has tried to expand its chain of contracted manufacturers to other Asian countries such as India as part of efforts to diversify.

Although it is Taiwan-owned, Foxconn has been taking on more Apple business in China and that has increased dependence on the mainland, which has been growing in the past few years despite the political tension between Beijing and Washington.

According to analysis of the supplier list by Reuters in 2019, Apple’s contract factories inside China have added far more locations than elsewhere. Foxconn expanded from 19 locations in 2015 to 29 in 2019 and Pegatron went from eight to 12.

Apple has also been sourcing more and more raw materials such as chips, wiring and circuit boards from China than elsewhere in recent years, Reuters reported. 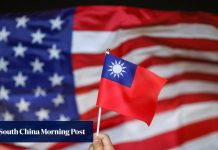 Senior Taiwan and US officials move to resume trade talks 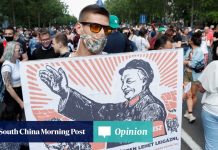 Where China went wrong in Central and Eastern Europe 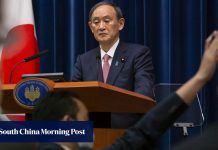 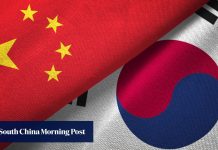 South Korea should resist being led astray by US Indo-Pacific strategy, says Beijing 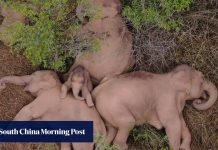 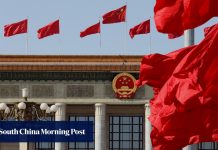