A three-year boycott of Qatar by four other Middle Eastern countries that disfigured Gulf cooperation and raised concerns in the west about a strengthened regional role for Iran and Turkey has come to a stuttering close.

“The kingdom is happy to welcome you,” Saudi Arabia’s crown prince Mohammed bin Salman said as he greeted Qatar’s emir, Sheikh Tamim bin Hamad al-Thani, on the tarmac of the airport in Al-Ula, north of Medina, on Tuesday.

With varying degrees of enthusiasm, Saudi Arabia, Egypt, Bahrain and the United Arab Emirates announced they were ending their air, land and sea boycott of the tiny, gas-rich state of Qatar. The boycott had begun in June 2017, when the four countries accused Qatar of supporting Islamist groups in the region and of having warm ties with Iran.

In his remarks to the Gulf Cooperation Council (GCC) summit on Tuesday, Prince Mohammed, Saudi Arabia’s de facto leader, stressed the need for Arab unity to confront Iran. “We are today in need of such unity to counter the threats against our region represented in the Iranian regime’s nuclear program, its ballistic missiles and agenda of sabotage adopted by its sectarian proxies,” he said.

“This demands that the international community work seriously to stand against these harmful practices that threaten the peace of the region and world.”

As part of the deal Qatar has agreed to freeze a number of high-profile legal claims and to sign up to a non-aggression pact with the boycotting states aimed at ending a media war waged by websites and social media influencers.

But most of the boycotting states’ 13 political demands, such as ending support for the Muslim Brotherhood and closing a range of media operations including al-Jazeera, have been quietly dropped. Qatar has said all along during negotiations mediated by Kuwait that submitting to the demands would have meant effectively losing sovereignty over its foreign policy and becoming a cypher for Saudi Arabia.

The summit is widely seen as an attempt by Riyadh to clear the ground for a better relationship with the incoming administration in the US, even though the actual reconciliation was brokered by Kuwait and Jared Kushner, the son in law of outgoing US president Donald Trump. Kushner flew to the summit to celebrate the end of the rift.

The boycott, which was led by Saudi Arabia, was likely to encounter opposition on the part of Joe Biden’s national security team. There were also fears that it could benefit Turkey and Iran by giving them an opportunity to draw Qatar closer into their orbit. The recent normalisation of relations between some Gulf states and Israel was also contributing to new thinking.

The dispute has nevertheless left scars on the region, and some analysts say fundamental ideological differences have been left unresolved, including Qatar’s belief in its role as a mediator in disputes across Africa and the Middle East. Qatar has long argued that trying to suppress legitimate grievances with a security-led response fuels terrorism.

On Twitter, Qatar’s former prime minister Sheikh Hamad bin Jassim al-Thani wrote: “While I certainly welcome the end of the crisis from the bottom of my heart, I appeal and invite everyone to take lessons to avoid the outbreak of such crises in the future. In order to ensure this, there must be a deep and frank study of the causes of this crisis, and the psychological wounds it left behind, which afflicted the entire Gulf community and shaken confidence in the future.”

The reconciliation, in doubt right up to the last few days, means that subject to Covid-19 disruption Qatar will be able to host the World Cup in 2022 without the distraction of a neighbourhood dispute. There are also hopes that fractured personal relations between families hailing from different parts of the Gulf will be healed.

In practical terms the reconciliation means Qatar will no longer need to pay Iran to fly over its airspace, which was costing Qatar millions of dollars in fees..

Despite Prince Mohammed’s focus on confronting the threat of Iran, Qatar is unlikely to sever its links, since the two countries share a giant gas field and Qatar does not believe the nuclear deal signed in 2015 should be ended.

Reflecting his country’s ambivalence about the end of the boycott, Dr Anwar Gargash, the UAE’s foreign minster, tweeted that although “a bright new chapter had opened” there was more work to be done. 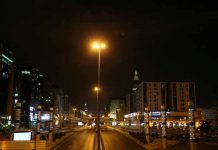 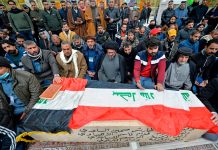 Israel's ibex make the most of lockdown – in pictures 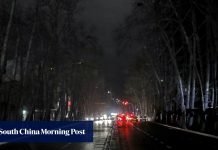 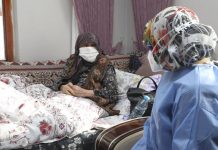 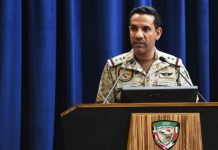