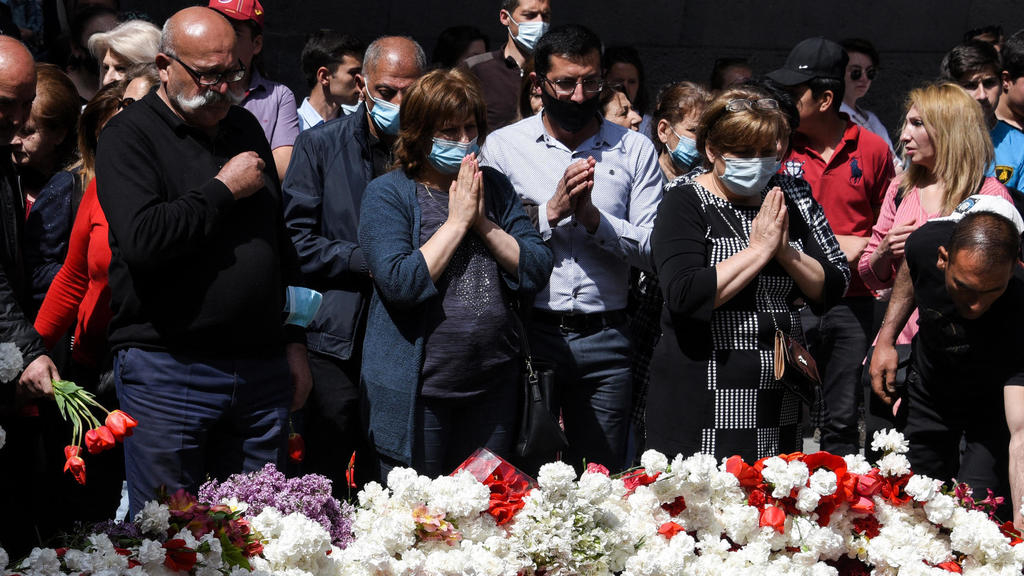 Thousands of Armenians flocked Saturday to a memorial of the World War I-era mass killings of their kin by Ottoman Turks, the bloodletting which US President Joe Biden is reportedly set to recognise as genocide.

Armenians have long sought to have the killings of up to 1.5 million of their kin during the Ottoman Empire’s collapse internationally recognised as genocide.

The claim is supported by many other countries, but fiercely rejected by Turkey.

Yerevan has also demanded financial compensation from Ankara and the restoration of property rights for the descendants of those killed in the 1915-1918 massacres.

Turkey denies the killings’ genocidal nature, arguing that 300,000 to 500,000 Armenians and at least as many Turks died in civil strife when Armenians rose up against their Ottoman rulers and sided with invading Russian troops.

Biden, who during his decades as a senator forged close relations with the Armenian-American and Greek-American communities, promised during his presidential campaign to recognize the Armenian genocide.

So far, at least 29 countries — including Russia and France — have recognised the atrocities as genocide.

On the “anniversary of the Armenian genocide, my whole thoughts are with Armenia ravaged by history… We will never forget,” French President Emmanuel Macron wrote to his Armenian counterpart Armen Sarkisian on Thursday.

On Saturday, the procession marking the massacres’ 106th anniversary  stretched from central Yerevan to a hilltop Tsitsernakaberd memorial where the head of Armenia’s Apostolic Church, Catholicos Garegin, celebrated a requiem mass.

Armenians commemorate the massacres of their people on April 24 — the day in 1915 when thousands of Armenian intellectuals suspected of harboring nationalist sentiment and being hostile to Ottoman rule were rounded up.

Anger against Turkey simmered among Armenians as crowds of people carrying candles and flowers joined the annual procession to remember the victims of the massacres, which Armenians call Meds Yeghern — the Great Crime.

Armenia is traumatised by last year’s defeat in a war with Azerbaijan over the disputed Nagorno-Karabakh region, in which Ankara backed its ally Baku.

Prime Minister Nikol Pashinyan called the war — that erupted in September and ended six weeks later with a Russian brokered ceasefire — “the Azeri-Turkish aggression which sought to annihilate the Armenian trace” in Karabakh.

“Turkey’s expansionist foreign policy, and the territorial aspirations towards Armenia are the evidence of the revival of their genocidal ideology,” he said in a statement.

“Armenophobia is in the essence of Pan-Turkism, and today we can see its most disgusting manifestations in Azerbaijan as fostered by the authorities of that country.”

Arms supplies from Turkey helped the Azerbaijan army win a decisive victory in the war.

Under a truce agreement — which was seen in Armenia as a national humiliation — Yerevan ceded to Baku swathes of territory it had controlled for decades.

“The old wound opened up and bleeds,” 72-year-old Sonik Petrosyan told AFP, speaking of the war that has claimed the lives of some 6,000 people.

“Armenians must stand united so that our country re-emerges strong from these hardships,” the pensioner said as she laid flowers at the eternal flame at the centre of the monument commemorating the mass killings.

READ  From siestas to saunas: the 10 European wellbeing traditions everyone should try

On Friday evening, about 10,000 people staged an annual torch-lit march in central Yerevan to mark the anniversary, with activists of the nationalist Dashnaktsutyun party – who led the procession – burning Turkish and Azerbaijani flags. 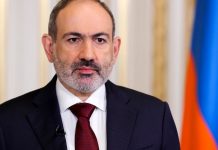