As if the Boohoo online fashion company had not generated enough controversy in recent months, its bosses once again found themselves in the headlines last week for hosting a four-day meeting with suppliers in the luxurious surroundings of a Dubai hotel.

The company’s top executives had taken a private jet to the emirate for the get-together with the businessmen and women who supply their fabrics and manufacture their fashions, despite Foreign Office guidance that advises against all but essential travel.

However, like the reality TV “influencers” who have been in Dubai churning out endless beachwear poses, the Boohoo bosses were able to travel because the outing was classed as a work trip and, the company explained, all those present adhered to all Covid safety protocols.

Dubai is still hard at work, trying to carry on, even with its current spike in Covid infections.

During working hours, like other financial hubs around the world, the Dubai International Financial Centre is still the domain of suits and pencil skirts. By night, it becomes the swanky playground of the emirate’s glitterati, where chic restaurants and cocktail bars pull in the well-heeled movers and shakers of the Dubai business scene. The car park valets handle a steady stream of Rolls-Royces and Ferraris.

On Thursday, the night-time crowd was a little more subdued than usual. Mask-wearing sybarites – Arabs and expats – had been given a public warning by the authorities that pandemic restrictions in place for nearly a year had to be obeyed.

At least two of the brasher venues – bar/restaurants that had gained recent notoriety as super-spreader locations – were closed by order. All had been told to halt live entertainment and turn down the music, in line with a general order to the emirate’s hotels, bars and restaurants to attempt to halt the rise in Covid cases.

“It couldn’t go on like it had been at Christmas. Even a party town has to take a break sometimes,” said one expat, cautious of official touchiness on the subject and opting for anonymity. In December, the hotels were reported to be more than 70% full, and at the start of this month, according to aviation data analysis firm OAG, the London-Dubai air route was the busiest in the world .

However, the authorities have been stung by a string of reports suggesting that the emirate was endangering the health of its 2 million residents by throwing open its doors to global revellers, even as Covid cases hit record levels in many parts of the world.

“The emirate continues to maintain the highest levels of protection against the pandemic and compliance with preventive measures,” the government media office said in response to a widely read article that branded Dubai a “party haven amid pandemic”.

The recent surge in infections has clearly spooked the authorities, but economists say it is a simple consequence of official policy, which is to keep the economy alive.

James Swanston, analyst at Capital Economics consultancy in London, said: “There is an economic rationale for Dubai’s policy to reopen, not least because of the fact that the economy was hit very hard by the first impact of the virus.”

In March and April, Dubai locked down hard and fast. A 24-hour curfew was imposed for several weeks, with essential travel outside the home requiring a police permit for each trip to the supermarket, pharmacy or hospital.

Whole sections of the city were shut down for a “national sterilisation programme” that involved spraying public places with disinfectant by night-time teams of hazchem-suited workers. Miles of beaches were sealed off with “Do not enter” tape.

But such measures, especially the closure of the busy international airport, hit the economy hard. Dubai’s business model is dependent on the “Three Ts” – trade, transport and tourism – all of which were brought to a standstill in the peak revenue-earning season.

In comparison with its money-bags neighbour, the UAE capital, Abu Dhabi, Dubai had no option: it had to reopen the economy as quickly as the global health situation would allow.

As Matthew Page, a non-resident scholar at the Carnegie Endowment for International Peace explained to Reuters: “Dubai’s economy is a house of cards. Its competitive advantage is being a place where rules don’t apply.”

The game-changer for Dubai, and the reason policymakers felt confident enough to reopen hotels, restaurants, hotels, malls and beaches, has been the vaccine.

Tim Fox, a regional economist, said: “Dubai is scoring points when it comes to testing and vaccines. They are opening up to visitors, but in a careful and managed way. More people are coming into the country, but they are getting tested, and vaccines are getting rolled out efficiently, which has not been happening elsewhere.”

The UAE has the second highest rate of vaccination in the world, after Israel. Citizens and expats are eligible for a free jab, either the Pfizer product or China’s Sinopharm, and about 20% have already had at least one injection.

Vaccination centres are being opened up fast, including drive-thru facilities. The aim is to inoculate half the population by the spring, in a plan endorsed by the ruler, Sheikh Mohammed Bin Rashid Al Maktoum, who said that vaccines, not lockdowns, would “accelerate the full recovery of our country”.

The economists say it is a calculated gamble that Dubai can vaccinate sufficient numbers to generate nationwide immunity before surging infection rates force another damaging shutdown. There is evidence too that it is working as an economic strategy, with recovery accelerating across a wide range of indicators, from hotel occupancy levels to footfall in the gigantic malls.

There are compelling reasons why Dubai does not want any further delay. The emirate has invested a lot of financial resources in the staging of the Expo 2020, the international business fair regarded as a quantum leap in its economic development. Already delayed by a year from last October, any further postponement would be a big blow to prestige as well as a huge waste of money.

Dubai does not have the spare cash to waste. “We still have concerns about Dubai’s overall level of indebtedness,” Swanston said, pointing to $77bn (£56bn) of government-related debts, equal to 78% of GDP. A big tranche of that debt is up for repayment by 2024, raising the distant possibility of a debt crunch similar to the one in 2009 that was resolved through a painful process of restructuring – and a $20bn injection from Abu Dhabi.

The UAE capital is looking dubiously at Dubai’s fast-track plan for economic recovery, which it has not emulated. Travel between the two emirates is still subject to restrictions and testing requirements.

But last week that had not deterred fleets of Abu Dhabi-licensed limos arriving at DIFC for a good night out. The neighbours might complain about the noise and inconvenience, but Dubai is betting that they, and the rest of the world, will keep coming to the party. 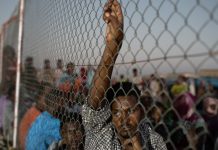 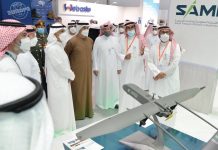 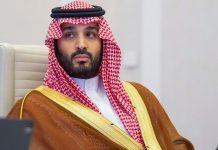 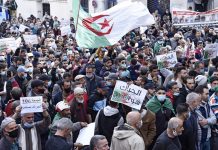 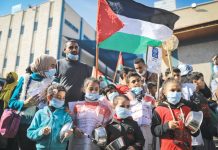 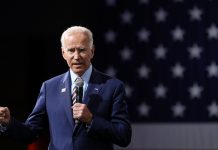 US launches strike against Iranian forces in Syria 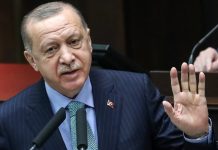 Pro-government rallies cause outrage in Turkey

US not aiming ‘to rupture relationship’ with Kingdom: Politico 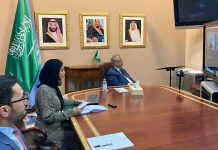