Hundreds of protesters made their way toward Barclays Center in Brooklyn to demonstrate against police brutality, May 29, 2020.

The U.S. is heading for a nasty second wave of Covid-19 infections this fall as the coronavirus continues to circulate while protests rage across the nation over George Floyd’s killing and states ease restrictions on businesses, public health specialists warn.

Epidemiologists and public health specialists warn that a slow burn of infection through the summer could lead to a massive resurgence this fall.

Whether the new cases stem from increased movement across the country or the protests, the conditions collide to make reducing the outbreak all that more difficult, said former Food and Drug Administration Commissioner Dr. Scott Gottlieb. Some other countries that have been hit hard by the coronavirus, such as Germany and Italy, have been able to drive down the number of daily new infections to just hundreds per day. The U.S., however, has struggled to do the same with more than 20,000 new cases diagnosed every day.

If that number doesn’t fall, Gottlieb said the rate of infection, which has plateaued in recent weeks, could reignite when the weather changes later this year.

The protests now consuming the country will further spread the outbreak, according to interviews with a dozen epidemiologists and public health specialists. Some parts of the country are already seeing a gradual increase in cases that Dr. Katie Passaretti, medical director for infection prevention at Atrium Health in Charlotte, North Carolina, said are tied to Memorial Day weekend and the lifting of restrictions.

The protests won’t be solely responsible for fresh outbreaks, she said, but they will complicate the chain of transmission, allowing the virus to spread more broadly. Passaretti said she’s particularly concerned about areas that endured major outbreaks and rolled out stringent regulations to curb the spread of the virus like New York City and Detroit. Those cities have made substantial progress in driving down new cases even as the broader U.S. struggles with rising cases, but the protests could set those cities back.

“It’s heartbreaking on a number of levels, for sure from the infectious diseases and epidemiology levels,” Passaretti said. “You have big groups coming together and people from far apart places coming together. It’s a risk for spread of Covid.”

A demonstrator confronts police in Los Angeles, California on May 29, 2020.

Public health officials across the U.S. have largely banned mass gatherings. Mardis Gras, Carnivale in Brazil and Miami’s spring break later proved to be super spreading events, and epidemiologists like Emory University’s Bob Bednarczyk, PhD, say the mass protests could prove to be the same. People are forced into close contact at such protests, shouting and chanting, which are both factors that contribute to spread he said. He added that the use of tear gas on groups of protesters could also lead to more spread as coughing is a known source of spread.

“I am very concerned about the use of tear gas to break up these protests,” he said. “When there is a respiratory disease pandemic occurring, the use of a chemical that causes people to cough violently can lead to more spread of disease.”

This is precisely the kind of situation where the U.S. would benefit from a greater capacity to rapidly test large groups of people for the coronavirus, said Dr. David Eisenman, director of the Center for Public Health and Disasters at UCLA. More testing would mean that health officials could ensure protesters don’t spread the virus back in their communities.

Health specialists and economists have repeatedly called for the U.S. to ramp up its ability for widespread testing. While the country’s average daily number of tests nearly doubled in May compared to April, it still falls short of the massive testing programs that some have called for.

Top U.S. health officials, including White House adviser Dr. Anthony Fauci, have repeatedly warned that the fall could present a massive challenge to the U.S. as the coronavirus potentially resurges just as flu season hits health systems. It’s a problem that could hit every country exposed in the northern hemisphere.

The protests and eased restrictions threaten the nation’s ability to control the outbreak before the flu season hits this fall, which will put even more strain on U.S. hospitals and their supply of ventilators.

“I’m looking at the summer as if we do a good job then we can have a good fall and the fall is more essential in my mind,” said Dr. Preeti Malani, chief health officer and infectious disease specialist at the University of Michigan. “But that gap between doing okay to being back into a state where we might not have enough ventilators is a narrow gap. And it can just shift within a couple of weeks if a lot of people make bad decisions.”

READ  Doctor says wearing a face mask can increase your risk of coronavirus infection. Here's why

The coronavirus pandemic has amplified and laid bare some of the inequalities people are protesting, several epidemiologists said.

“Black Americans are nearly three times more likely to die from Covid-19 than white Americans,” said Dr. Leana Wen, an emergency physician and public health professor at George Washington University. “There are profound racial disparities in all aspects of health care, and it’s no surprise that Covid-19 has unmasked and amplified these disparities.”

Black Americans have shouldered a disproportionate share of the more than 105,000 people who have died from Covid-19 in the U.S., a CNBC analysis of data from the Centers for Disease Control and Prevention found. A variety of factors are to blame, including a unequal access to health care and a high degree of underlying conditions like diabetes and heart disease that plague African American communities.

“The Covid-19 pandemic has disproportionately affected people of color, both in terms of disease incidence and mortality,” Bednarczyk from Emory said. “A large proportion of people in public-facing, “essential” jobs are people of color, increasing their risk of exposure to coronavirus. This amplifies health inequalities that continue to negatively affect people of color.” 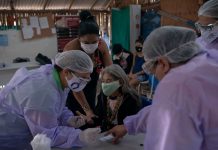 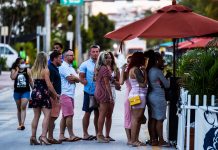 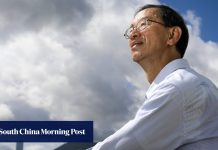 US warning on sale of sensitive technology to Hong Kong a signal of hurdles, red tape ahead 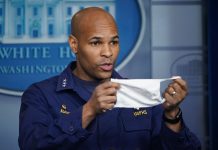 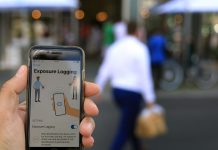 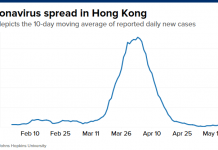 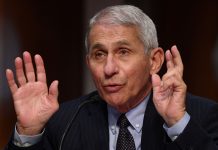 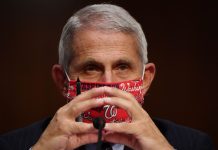 The coronavirus may have mutated to become more infectious, Dr. Anthony Fauci says 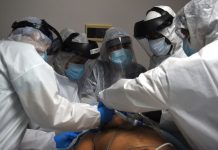 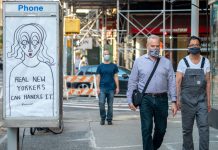 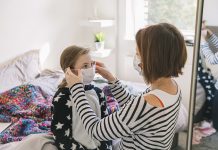