The Asean states – including Singapore – have discussed the political crisis in Myanmar intensively among themselves and they can play a discreet role in helping Myanmar return to stability, Foreign Minister Vivian Balakrishnan told Parliament yesterday.

However, the bloc stands firm on its policy of not interfering in the domestic politics of its members, he added.

The key now is to not escalate the situation but keep communication avenues open and continually engage key stakeholders, said Dr Balakrishnan, who was responding to queries from Mr Gerald Giam (Aljunied GRC) about the situation in Myanmar.

He said: “We hope fervently for national reconciliation in Myanmar. And the only way this can happen is if all parties, in good faith, sit down, talk, negotiate and achieve reconciliation.

“It is in that context that I express my hope that president Win Myint and the state counsellor Aung San Suu Kyi would be released from detention so that they can sit down at the negotiating table and talk.”

During the Feb 1 military coup, the duo were detained in early morning raids, along with dozens of members of the country’s ruling party, the National League for Democracy.

The situation has since deteriorated, with Myanmar citizens taking to the streets to protest against the coup and the military cracking down on the large-scale protests.

Countries have condemned the forced takeover and the resulting violence, with the United States imposing its own sanctions targeting Myanmar’s military and the United Nations human rights investigator for Myanmar urging the UN Security Council to consider sanctions and arms embargoes.

But Dr Balakrishnan said he has “urged against widespread sanctions” in his discussions with his counterparts in other countries.

“I’ve said that we should not embark on widespread, generalised and indiscriminate sanctions because the (ones) who will suffer the most, will be the ordinary people in Myanmar,” he said.

And although Singapore is Myanmar’s largest foreign investor, the minister said he would refrain from giving companies specific advice, stressing that they made the investments on commercial grounds and not under any political influence.

“It is crucial for us, in both good times and bad times, to maintain the separation between politics and business, and let businesses make commercial decisions, investment decisions on their own merits.”

Around 500 Singaporeans in Myanmar have registered with the Ministry of Foreign Affairs and 17 have returned to Singapore since the Yangon International Airport reopened on Feb 4, said Dr Balakrishnan.

The ministry will continue to keep close contact with Singaporeans in Myanmar, he added, although communications might be hampered by the suspension of telecommunications connectivity there, noting that this is “deeply concerning”.

The latest developments, coupled with Myanmar’s existing crises such as the continued ethnic insurgencies and the Rohingya refugee situation, have damaged the broader stability of South-east Asia, along with Myanmar’s own prospects, said Dr Balakrishnan.

However, he stressed that the way forward lies in engaging the key stakeholders.

“Engagement, rather than isolation, will go further in ameliorating this crisis.” 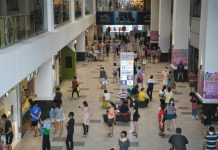 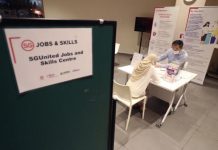 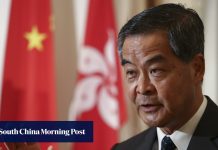 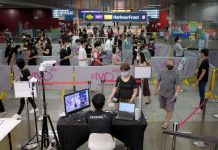 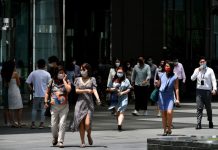 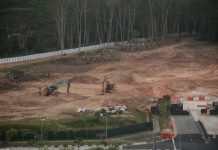 Decline in services revenue in Singapore eases to -7.9% in Q4