At least one dead, more than 50 injured in Mexico City metro collision 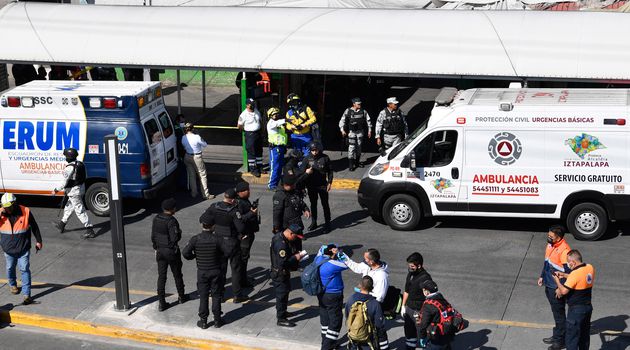 At least one person was killed and 57 were injured in a train collision on Mexico City’s metro early on Saturday, local authorities said.

Mr Garcia shared an updated list of the injured later on Saturday, and the city’s mayor, Claudia Sheinbaum, said on Twitter that she was at the site.

Four others who were trapped on one wagon on Line 3 were rescued and are in good health, Mr Garcia said earlier.

A variety of incidents have taken place on the metro in recent years. The most serious was the May 2021 collapse of a rail overpass on Line 12 that killed 26 people and injured more than 60.

Maintenance shortcomings were identified as one of that incident’s causes. – Reuters

See also  Coronavirus live news: US nears 300,000 deaths; Trump 'to be offered vaccine' on Monday
Share on FacebookShare on TwitterShare on LinkedInShare on Reddit
asianewsdayJanuary 7, 2023