SINGAPORE – Local male distance runners have made their mark in the region in recent years, with Mok Ying Ren and Soh Rui Yong winning three consecutive golds from 2013 (Mok) to 2017.

But their female counterparts have lagged behind and while they stepped up to compete at the biennial Games, Singapore’s last women’s marathon medal was Toh Soh Liang’s bronze at the 1997 Jakarta edition.

The Republic’s only gold medal in the women’s event was K. Jayamani’s in 1983.

In the last decade, the best result was Jasmine Goh’s fourth placing at the 2017 Games in Kuala Lumpur.

Why is there a disparity in results between the men and women?

Veteran distance running coach Ghana Segaran told The Straits Times: “Only two can go to the SEA Games. To reach that level, it takes a lot of training, commitment and sacrifice.

“Most of our women athletes are not full-time athletes, to expect them to train at that level is a bit tough.

“But if they are committed enough and can take a year or two for full-time training, I’m sure they will also become podium winners eventually.”

Risk manager Serena Teoh, 33, who competed in the 2019 SEA Games, noted: “In general, marathons tend to attract people of a more mature age group – those in their late 20s to 40s. At this age, most women have families and full-time jobs so one would have to balance all this.”

When Goh, 41, was training for the SEA Games, she put in eight sessions a week which lasted about 90 minutes each, except for long runs on weekends of two to three hours.

See also  ‘He got me!’ Wasp stings Masters snooker referee at Alexandra Palace

The mother of two said: “A good marathoner averages 100km to 120km every week and if you break that down, it’s running every day. It takes a lot of sacrifice to be good at it and some may not be willing to commit and put those hours in.”

This, and the country’s hot and humid weather tends to prompt elite marathoners to go overseas to compete and train. For instance, Mok trained in Japan before winning gold at the 2013 SEA Games, while Soh had stints in Flagstaff, Arizona ahead of winning the 2015 and 2017 Games marathon.

But not everyone can afford the time or money to do so.

Goh, a financial planner who clocked her qualifying time at the 2017 Hong Kong Marathon, said: “It’s almost impossible to qualify for anything in Singapore and we mainly run our qualifying times in cooler climates, which means we need to fly and some may not have the means to do that.”

Former national distance runner Elangovan Ganesan, who won the SCSM men’s title from 2004 to 2006, lamented the lack of opportunities and called for more support, noting: “What about those who can’t afford to go overseas or can’t miss school or work?

“We might be missing out on some talented people so at the end of the day, we have to organise something here for those who can’t go overseas.”

Ghana noted that the ideal age to start training for marathons is the late 20s to early 30s as the intensity of training “takes a toll on the body” and “can stunt some growth, especially if you’re a teenager”.

But a pathway would have to be laid out to facilitate the transition from mid-long distance in schools to marathons.

The maximum distance offered at the National School Games is 3.8km cross country for girls in the A, B and C Divisions, while the Institute-Varsity-Polytechnic Games’ longest for women is 10,000m.

“It’ll be a different challenge altogether because running a marathon takes a couple of hours and it can be very draining. So guidance on how to condition themselves to run a marathon and recover is very important.”

Ultimately, it also depends on the will of the individual athletes, said Elangovan, who coaches athletes like Teoh and schools such as Nan Hua High School and St Andrew’s Secondary School.

He said: “(Going overseas to train) is a personal choice. If men can choose to do that, the women can too but maybe they’re tied up by personal reasons.”

To encourage more women to race competitively, he suggested organising more races here for them to give them exposure and to provide top finishers the opportunity to compete overseas.

Elangovan, 45, said: “It’ll be eye-opening for them because they get to see that women in other countries are faster than our men and that’s where they get encouraged and motivated to start training competitively.”

Civil servant Yvonne Chee, 40, who started running competitively in 2016, said women-only runs are a great place to start in terms of encouraging women to take it the sport more seriously.

“They have an amazing atmosphere around them and we celebrate women of all ages and backgrounds. It creates a bond among women and I believe that encourages many women to take the first step to run,” said the three-time participant of the Great Eastern Women’s Run (GEWR), who was third in the half marathon elite closed category last year.

The GEWR typically attracts 14,000 runners and features categories ranging from 5km to 21km.

Goh suggested that the event can also tailor categories specifically for teenagers to expose them to mid-long distance running.

She added: “They have to start somewhere and the GEWR is a good place because they can run with fellow female runners and not feel pressured.

“The 15- to 18-year-olds are still active and doing a lot of sports so they would be keen. If you have that kind of opportunity to reach out to that age group to get them hooked on that distance, there’s a better chance of them exploring and expanding that distance.”

Goh also noted that role models play an important part and said: “What I try to do is I’ll share my story when I can because a lot of girls will be concerned about managing family, work and running.

“If they hear my story, maybe it can inspire them. I’m not saying it’s easy but it’s possible if they truly want it.” 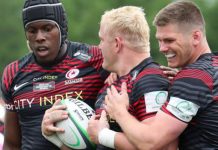 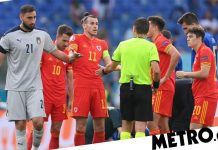 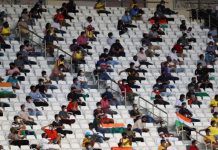 Gold for Hup, another silver for Jonathan in Kazakhstan 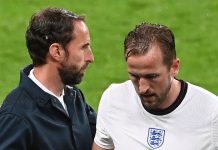 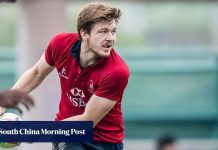 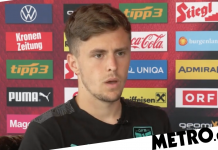 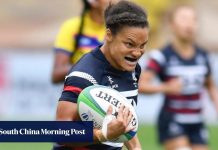 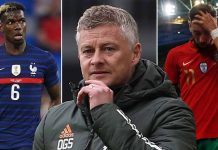 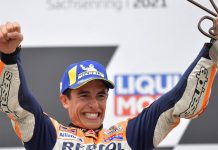 Marquez back to winning ways in Germany