An Australian academic has spoken out in a Chinese Communist Party newspaper saying Australia “demonises” China and laying blame on one person.

An Australian university professor has hit out at the country’s handling of China in a scathing editorial published by Chinese Communist Party mouthpiece the Global Times.

He also said there are signs that the relationship between Canberra and Beijing, which are at an all-time low, will not improve under Anthony Albanese’s government because “Labor policy is similar in many ways to that of Morrison and his (former) government”.

“After the establishment of diplomatic relations under the Whitlam government in 1972, cultural, educational and other exchanges blossomed, trade grew until China became Australia’s top trading partner and leaders visited each other’s country and carried on successful diplomacy.

“It seems to me that the relationship reached a high point in 2014 when President Xi Jinping visited Australia and the relationship was declared to be one of comprehensive strategic partnership, with the China-Australia Free Trade Agreement reached the following year.

“Since about that time, a variety of factors has caused the relationship to deteriorate. Many of these, though by no means all, result from Australia’s excessive dependence on the US.

“I would add that (former) prime minister Scott Morrison and foreign minister Marise Payne were not good diplomats. Morrison was excessively and unnecessarily abrasive in his dealings with China.

“The signing of the Australia-United Kingdom-United States agreement, under which Australia broke a contract for arms purchase with France and promised instead to buy nuclear-powered submarines from the US and UK, threw Australia back into an earlier and one hoped bygone era of excessive and to some extent exclusive military engagement with the Anglosphere.”

Prof Mackerras said he was hopeful that relations would improve but has his doubts.

“There are negative signs. Labor policy is similar in many ways to that of Morrison and his government. However, there are also positive signs. Albanese and his Foreign Minister Penny Wong are much better diplomats and do not engage in ‘megaphone’ diplomacy and are less prone to issue self-righteous pronouncements that judge China as bad and immoral.

“We’ll have to wait and see. I don’t expect immediate change, but I do think there will be improvements over the next few months, and I remain optimistic about the mid-term to long-term future. Trade remains extremely important for both countries. It is totally obvious to me that it is in Australia’s interests to get on well with China.”

The publication, which has published often harsh criticisms of Australia in its editorial section, asked the Australian professor: “Why do Western media intentionally demonise China?”

Prof Mackerras said he was “alarmed at how hostile the Western media are toward China”.

“True, there are some good journalists. But the demonisation of China is far too prevalent and very bad for relations,” he said.

“I think the reason may be largely to do with politics. The fact is that in the last few years, Western images of China have got much, much worse, including in Australia. This is mainly due to the fact that the West cannot accept the rise of China.

“For centuries, the West has assumed it was No. 1 in the world. Its values, its system of government, its economic models, its technology, were the best in the world and everybody should follow them. But now, China is rising and seems to pose a challenge to Western hegemony.

“It is no longer prepared to be pushed around as it once was. The era of humiliation of China is decisively over. The images follow the politics to a large extent.”

A deliberately leaked document delivered by the Chinese embassy in Canberra outlined in 2020 the 14 disputes that are “poisoning bilateral relations”.

“China is angry,” an official said after the leak. “If you make China the enemy, China will be the enemy.”

The list of grievances cited by Chinese officials reportedly includes calls for an inquiry into the origins of COVID-19, taking sides over the South China Sea territorial dispute, “thinly veiled” accusations that China is behind cyber attacks and banning Huawei from the rollout of 5G because of security concerns.

A military pact between Australia and Japan also ruffled feathers in Beijing where Chinese state media described it as “dangerous”.

In August 2020, a Chinese diplomat who fronted the Press Club in a rare display of outward aggression said Prime Minister Scott Morrison’s decision to back the inquiry into the origins of the virus had “hurt the feelings” of Chinese people.

“All of a sudden, they heard there was this shocking proposal coming from Australia, which is supposed to be a good friend of China,’’ Wang Xining said.

“If you are able read Chinese blogs, websites and even the comments of the blog of your Embassy in Beijing, you will be able to note the intensity of emotion of our people, how much indignation, anger and frustration they expressed, they used a lot of Chinese idioms and sayings to describe the emotion, but it is difficult to translate.

“I think it is approximately identical to Julius Caesar, in his final day when he saw Brutus approaching him: Et Tu Brute.”

The quote appears in William Shakespeare’s play Julius Caesar, as the last words of Roman dictator Julius Caesar, at the moment of his assassination, to his friend Marcus Brutus, upon recognising him as one of the assassins.

Earlier in the address he had insisted COVID-19 could have originated in “two or three other places”. 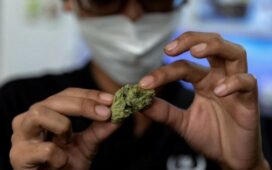