An Australian-backed company in which rugby star John Eales is an investor has continued to explore for gold in a violence-racked part of Myanmar since the army seized power in February, human rights activists say.

Access Asia Mining holds the right to explore for gold across 1,800 sq km of land in Shan state, an area of Myanmar that borders Thailand, Laos and China.

The tenements are part of a total 4,800 sq km that Access Asia Mining has rights to explore in Myanmar – an area it has told investors represents the “largest and most prospective gold and copper exploration portfolio” in the country.

Myanmar’s military, the Tatmadaw, seized power in a 1 February coup headed by Senior General Min Aung Hlaing. Since then, the regime has killed 738 people, according to figures kept by the Assistance Association for Political Prisoners.

Unrest in Shan state is on the rise, with at least 10 police officers reportedly killed last week in an attack by ethnic armies opposed to the military regime. Human rights activists say they are gravely concerned for the safety of about 6,000 people camped near the Thai border after fleeing violence, if an assault by the military on its opponents goes ahead.

Access Asia Mining executives are keeping local staff in Shan state in the belief that it is safer than Myanmar’s capital, Yangon, a source with knowledge of the situation said.

Activists are also concerned that once Access Asia Mining begins to produce gold, its mines will help fund the Tatamadaw, which a UN fact-finding mission in 2019 found was responsible for human rights violations including murder, torture, rape and sexual slavery.

Access Asia Mining is registered in Singapore, but company records show that 37 of its 49 shareholders are Australian.

Eales, Australia’s most successful rugby union captain, confirmed to Guardian Australia that he is a shareholder in the company.

Company records in Singapore and Australia show he owns 238,000 shares, or about 0.37% of Access Asia Mining, through a company called Ruck & Maul Pty Ltd, which is the trustee of his family trust.

Eales said he had nothing to do with management of Access Asia Mining.

“I’ve got … nothing to do with day-to-day running, not an adviser, not a director in any way,” he said.

Access Asia Mining is run by a group of experienced Australian mining industry figures who are also significant shareholders – management owns 30% of the company’s shares, its website says.

Its non-executive directors – Geoff McNamara, Darren Wates and chairman Peter Stuntz – are all veterans of the Perth mining scene.

L’Herpiniere did not respond to detailed questions emailed by Guardian Australia. McNamara declined to comment when reached by phone in Singapore, where he is based.

The Shan Human Rights Foundation said people in Mong Phyak had been trying to stop Access Asia Mining going ahead with gold mining there for at least four years.

In 2018 Access Asia Mining stated in a letter to a UK-based organisation, the Business and Human Rights Resource Centre, that it had “never engaged with the Tatmadaw to solicit their support or to request security”.

“As a Singapore company with Australian management we are committed to international best practice standards and to proceeding with our work only after extensive consultation with local communities,” the company said in the letter, a copy of which has been obtained by Guardian Australia.

In April last year Access Asia Mining told shareholders it made a deposit to a local bank account “to establish the company’s bona fides for the soon to be granted license”.

The Shan Human Rights Foundation said that in December the Department of Mines gave Access Asia Mining permission to start prospecting on the condition it got under way within three months.

Pictures purporting to show the 8 March meeting between Access Asia Mining and local officials, supplied by the Shan Human Rights Foundation, appear to show that a uniformed police officer was present.

Sai Hor Hseng said he did not know exactly who the company met, but local people had reported to the foundation that they included local authorities and people with connections to the Tatmadaw.

“We heard from the people that they tried to negotiate with the local authorities,” he said.

“The situation is not good until now, and now the military has come in and started killing people who are protesting.

“It is the wrong time to do any business.”

Money from operating mines could flow to the military regime in up to 10 different ways, including through royalties, payments of physical gold to state-owned joint venture partners and licence fees, according to research commissioned by the Australian anti-corruption organisation Publish What You Pay.

There is no suggestion Access Asia Mining has made any payments to the Myanmar government since the military seized power.

“Access Asia Mining are among a number of mining and gas companies operating in Myanmar that are on our radar for closer examination,” Publish What You Pay director Clancy Moore said.

Moore said Access Asia Mining should follow the lead of other companies, including Australia’s Woodside Petroleum, that have abandoned or stalled their projects in mineral-rich Myanmar following the coup, while others have maintained operations but promised not to pay tax to the military regime.

Woodside, which was exploring for gas, pulled its workers out of Myanmar in late February.

The French group Total said it had stopped exploring but continues to run its existing offshore gas field. It said it had paid no local tax since February because the banking system had failed.

Malaysia’s state-owned oil and gas company, Petronas, shut down production from its Yetagun field on 2 April “following challenges in the wells’ deliverability that resulted in the production rate dropping below the technical threshold of the offshore gas processing plant”.

Days after the coup, Japanese beer company Kirin said it would end a joint venture to run breweries in Myanmar with companies controlled by the Tatamdaw and overseen by Min Aung Hlaing. 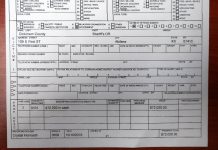 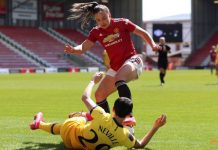