Australia’s nascent trade war with China is threatening to spill over to its most valuable export – iron ore – with China’s customs officials imposing new inspection procedures and rules from next month, which could be used to block or hold up Australian shipments.

China’s customs authorities issued a notice over the new supervising rules, to take effect from 1 June, which will oblige customs officials to inspect iron ore at the request of the trader or importer.

The notice said “when necessary” customs could conduct toxic element checks, and that the changes were designed to “streamline” procedures to “build a better business environment”.

But the Chinese Communist party-run Global Times newspaper warned that Australian iron ore imports could be damaged by worsening political tensions between Canberra and Beijing.

“This is another implicit warning to Australia,” Yu Lei, a chief research fellow at the Research Center for Pacific Island Countries at Liaocheng University, told the paper.

“It is associated with how Australia has acted, and a general decline in demand for steel on the global level.”

China is the largest consumer of iron ore in the world. It brought in 358.4m tonnes of the steelmaking ingredient in the first four months of the year as demand from mills surged.

And Australia is China’s largest source of iron ore, accounting for 62% of the country’s imports. The global iron ore market is extremely tight, analysts say, and China could not replace Australian imports easily or quickly. Production in China’s second largest supplier, Brazil, has plunged by a quarter because of the country’s Covid-19 outbreak.

China’s customs move follows an 80% tariff imposed on Australia barley over allegations of anti-dumping law breaches and the banning of beef imports from four abattoirs over technical and labelling infringements.

Reports from China suggest Beijing has drawn up a “hit list” of further Australian products – including wine, dairy, seafood, oatmeal and fruit – that could be subjected to stricter quality control checks, increased tariffs, customs delays or state media-encouraged consumer boycotts.

The Global Times urged Australia to “release more goodwill and take more measures to repair its relationship” with its largest trading partner.

“China has the power to hurt the Aussie economy but won’t fire the first shot in a trade war,” it said.

“In view of past experience, China won’t be the one to take the first provocative step, but it should be noted that any further attempt to confuse malicious Covid-19 inquiries with trade would only exacerbate the tensions, driving bilateral trade off track.”

Australia’s forthright pursuit of an independent international inquiry into the origins of Covid-19 have driven yet another wedge between Beijing and Canberra, fracturing further a relationship scarred by long-running antagonisms over foreign interference, the exclusion of Huawei from Australia’s 5G network, China’s incarceration of the Australian pro-democracy writer Yang Hengjun; and Chinese expansionism in the South China Sea.

The World Health Assembly this week agreed to an independent and impartial inquiry into the source and handling of the coronavirus outbreak, once the pandemic is brought under control globally.

The proposal was drafted by the EU but ultimately co-sponsored by both Australia and China. And both claimed the result as vindication of their positions, with the dispute descending further into petty barbs.

Australia’s original proposal, floated last month, argued for “weapons inspector”-style powers for investigators, and that the review be conducted externally to the World Health Organization. These conditions weren’t met: the shape, scope and powers of the review have not been decided.

A Chinese embassy spokesperson said Australia’s claims to justification were “nothing but a joke”, prompting the Australian trade minister, Simon Birmingham, to rebuke the diplomatic mission for making “cheap”, “provocative” and “inappropriate” comments.

The US, in a presidential election year and whose leadership has led a public excoriation of China for its handling of the pandemic, has swung firmly behind Australia.

“The Chinese Communist party chose to threaten Australia with economic retribution for the simple act of asking for an independent inquiry into the origins of the virus,” the secretary of state, Mike Pompeo, said at a media briefing in Washington.

“It’s not right … we stand with Australia.”

Pompeo, a longstanding hawk on China, said the country had “been ruled by a brutal, authoritarian regime” since 1949.

“We greatly underestimated the degree to which Beijing is ideologically and politically hostile to free nations,” Pompeo said. “The whole world is waking up to that fact.”

The US ambassador to Australia, Arthur Culvahouse Jr, said on Wednesday the US “commend[s] Australia’s leadership in achieving a much-needed investigation into COVID-19 origins to keep people safe and defeat the pandemic”.

“When Australia speaks, the world listens!”

On Thursday Australia’s home affairs minister, Peter Dutton, said the country was right to stand up to China.

“The values of the communist regime are not compatible with ours so you will have tensions from time to time,” he told 2GB radio, adding: “but we aren’t going to compromise on our values and our beliefs.”

Labor’s agriculture and resources spokesman, Joel Fitzgibbon, said Australia needed to be “robust in defence of our national interest” but said he did not believe China was bullying Australia through economic coercion.

“For the last few years … we’ve been demonising the Chinese and their system of governance,” he said. 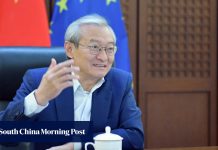 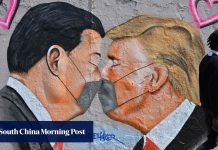 US-China tensions set to worsen as moderates lose out to hardliners, observers say 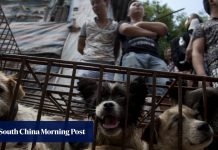 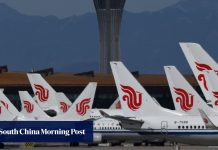 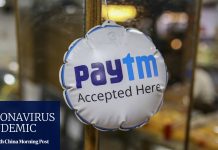 Coronavirus: nearly half of China’s cinemas in danger of permanently closing due to pandemic 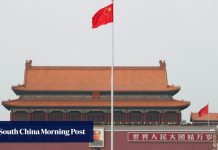