DOHA – The aviation industry is expected to make a net loss of only 1.2 per cent in revenue this year, and should turn a profit as early as next year as air travel continues to rebound more strongly than previously expected.

By the end of the year, passenger numbers should reach 83 per cent of levels seen before the Covid-19 pandemic.

In particular, airlines in North America, as the strongest-performing region, will even be out of the red by the end of this year despite continued risk factors such as the war in Ukraine and higher inflation and interest rates, he added.

“People who longed for the freedom to fly are taking to the skies again – and in growing numbers. By next year, most markets should see traffic reach or exceed pre-pandemic levels,” Mr Walsh said.

He was speaking during Iata’s annual general meeting in Doha on Monday, where he gave an improved forecast of the sector’s recovery.

His report was a much anticipated keynote for the beleaguered sector, with Iata representing 290 airlines and comprising 83 per cent of global air traffic.

In October, before the war in Ukraine broke out, Iata had said airlines would lose US$11.6 billion this year. The new figure shaves this by US$1.9 billion despite arguably more challenging circumstances, with a war and fuel prices – airlines’ single largest source of expenditure – expected to increase by 50 per cent this year.

The new outlook takes these, as well as continued issues of labour shortages, into account, Mr Walsh said, replying to journalists’ questions.

He said the improved prognosis “reflects not just the very strong demand we are seeing at the moment, but the expected demand development”, as well as a global gross domestic product growth of 3.4 per cent this year.

“When you look at the average growth that we would have witnessed in the 10 years between 2010 and 2019, it would have been less than (3.4 per cent) on average,” he said. “Prior to the crisis, the industry’s financial foundations were at their strongest point ever.”

But Iata’s forecast continues to be regionally varied.

China’s continued closure and the slower opening up of border restrictions in the Asia-Pacific means passenger traffic in the region continues to languish at about 22 per cent of pre-Covid-19 levels.

However, Mr Philip Goh, Iata’s regional vice-president for Asia-Pacific, said at a press briefing on Sunday that the region “should see a very good second half of the year”, with a huge uptick in recent months as most countries removed pre-departure and on-arrival tests. 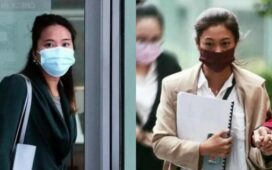