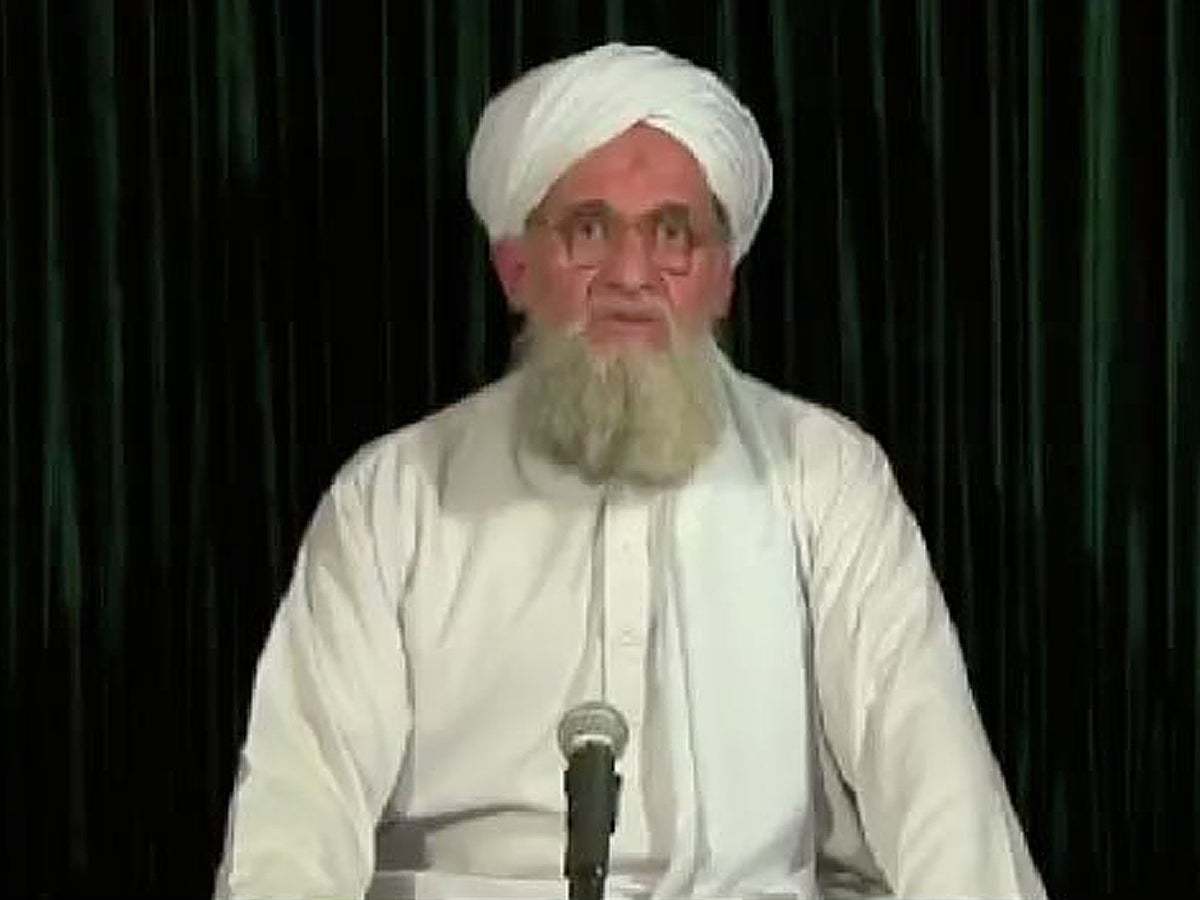 Few can forget George W Bush standing amid the rubble of the World Trade Centre, borrowing the bullhorn of a firefighter to respond to the chants of “USA, USA”.

“I can hear you! The rest of the world hears you,” he said. “And the people who knocked these buildings down will hear all of us soon!”

Just weeks later, on October 7, the US and the UK launched, what was deemed Operation Enduring Freedom, and started its military invasion of Afghanistan. The plan was to kill the Al-Qaeda leadership, and topple the Taliban government that had sheltered Osama Bin Laden, his deputy Ayman al-Zawahiri, and their Islamist fighters who had gut-punched a superpower with little more than a handful of craft-knives and two-dozen volunteers believing they were obtaining martyrdom.

In the days and weeks that followed, the faces of the Saudi Bin Laden and al-Zawahiri, an Egyptian cleric now revealed to have been killed by a US drone strike in Afghanistan, would occupy the imagination of Western leaders. Their faces became part of an ever-present iconography.

Each time there was a new development in the operation against Al-Qaeda or the Taliban — be it details of the battle at Tora Bora, after which Bin Laden and his followers had been able to slip away into Pakistan or something else — their faces would fill our television screens, and newspapers.

As Bush continued his so-called war on terror, exploiting America’s feeling of insecurity and lies about Saddam Hussein’s weapons programme to invade Iraq, they would be there again. As questions were asked about what had happened to them and their organisation, even as one of those shards turned into Isis, the faces of Bin Laden and his deputy appeared unchanging.

As the Associated Press has noted in their reporting, in the early images of the pair from the 1990s, they would often be sitting together: the thin angular Bin Laden beside his stockier deputy seated on a rug or the ground, the background often nondescript.

Their bond was forged in the late 1980s, when al-Zawahri, a doctor, reportedly treated the Saudi millionaire bin Laden in the caves of Afghanistan as Soviet bombardment shook the mountains around them. At that time, Bin Laden was fighting the Soviets with the support of Pakistan and the CIA. Two decades later, he would use the same mountain hideaways to oversee the plot to attack the West.

In those years after 9/11 when Bin Laden disappeared, deep in hiding, it would be the face of al-Zawahri, who occasionally flashed up to deliver new threats against the West, or to rally supporters.

He would hold a microphone, or wag his finger, or both. He was on FBI’s Most Wanted Terrorist list, and had a $25 million bounty on his head for any information that could be used to kill or capture him.

Bin Laden also carried such a bounty. In May 2011, the mystery of his whereabouts was brought to an end when the US killed him in a raid by special forces. He had been hiding at a compound in Abbottabad for years.

Al-Zawahri, it appears, had most recently been in Afghanistan.

Reports on Monday said he was killed there by a drone strike in the capital, Kabul. The strike happened just under a year after the US withdrew its military, and evacuated tens of thousands of people as the Taliban retook the country.

The Taliban, apparently once again host to the Al-Qaeda leader, confirmed the airstrike, but did not mention al-Zawahri or any other casualties.

It said it “strongly condemns this attack and calls it a clear violation of international principles and the Doha Agreement,” the 2020 US pact with the Taliban that led to the withdrawal of American forces.

In a statement, the Taliban added: “Such actions are a repetition of the failed experiences of the past 20 years and are against the interests of the United States of America, Afghanistan, and the region.”

When the US withdrew its forces, President Joe Biden, widely condemned for the haphazard, dangerous nature of the withdrawal, insisted the US would continue to have “over the horizon capability” that would allow us to keep our eyes firmly fixed on any direct threats to the United States in the region, and act quickly and decisively if needed”.

Elon Musk says Tesla has made over 3 million cars

‘Every day I am fearful’: Afghans with Australian visas wait in limbo a year after the fall of Kabul

7 hurt in gun attack on Jewish worshippers' bus in Jerusalem

Australia will not ‘chest beat’ on China