It is subject to various conditions, including a majority of holders of voting rights of the company approving the whitewash resolution at a general meeting and the appointment of an independent financial adviser.

A circular containing further information on the proposed issue and the advice of the independent financial adviser, together with the notice of extraordinary general meeting, will be despatched by the company to shareholders in due course.

In August, Ayondo had entered into three convertible note agreements worth up to S$9.9 million. Two of the deals are with GN and the other is with Japanese investor Mamoru Taniya, who is also a GN shareholder.

Scrutiny intensifies on Boeing board after 737 MAX crashes 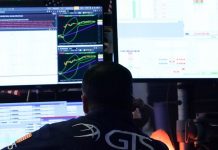