Luxury fashion brand Balenciaga sparked online outrage over two bizarre fashion campaigns for which it has been forced to apologise.

There has been a “swift” online backlash against two of Balenciaga’s Christmas ad campaigns, said The Cut, which has seen “the hashtag #cancelBalenciaga trending across Twitter and TikTok”, as netizens accused the brand of normalising child exploitation.

The two campaigns, which were released just over a week ago and are now largely scrubbed from the internet, quickly became a “conservative talking point” – attracting attention from far-right talking heads such as Fox News’s Tucker Carlson – as well as sparking several baseless online conspiracy theories, said the magazine.

Why were the campaigns so controversial?

Balenciaga has since issued an apology over the two photoshoots: its ‘Gift Shop’ campaign, which featured children posing with teddy bears that appeared to be dressed in bondage-like gear, and a separate ‘Garde-Robe’ campaign which used copies of a US Supreme Court judgement on child pornography as a prop.

In a statement, the brand said “we sincerely apologise for any offence our holiday campaign may have caused”, adding that its “plush bear bags should not have been featured with children in this campaign. We have immediately removed the campaign from all platforms.”

The brand also issued a statement over a separate campaign – which did not feature children but displayed the brand’s Three Stripes handbag sitting atop official-looking paperwork – apologising for the inclusion of “unsettling documents”. The brand said it was taking legal action “against the parties responsible for creating the set and including unapproved items”.

Balenciaga is now pursuing a $25 million lawsuit against production company North Six and set designer Nicholas Des Jardins, who designed the set for the Garde-Robe campaign, said The New York Times. In legal papers filed in New York, the brand “alleged that the production company and set designer engaged in ‘inexplicable acts and omissions’ that were ‘malevolent or, at the very least, extraordinarily reckless’”.

But a lawyer for Des Jardins has said in a statement that “there certainly was no malevolent scheme going on” and said that the documents had come from “numerous boxes” rented from a prop house.

Meanwhile, the photographer for the Gift Shop campaign, Gabriele Galimberti, told The New York Times he has been “inundated with hate mail and death threats, has had jobs cancelled and has had personal details, including his phone number, published online” since the release of the images.

The photographer “did not make the decision to feature children with the bear bags in the Gift Shop campaign”, said the paper, and was told that the theme of the shoot was “punk”.

What next for Balenciaga?

Balenciaga has become “one of the top five hottest fashion brands in the world,” said The Independent, enlisting celebrity ambassadors like Kanye West and Kim Kardashian to “become a household name”. But it hasn’t done so “without a little controversy”, said the paper.

The brand was recently forced to “cut all ties” with music artist Kanye West after the designer made anti-Semitic remarks, and has been “accused of cultural appropriation over a pair of $1,190 sweatpants, which appeared to have the top of a pair of boxers peeking out above the waistband”, among a litany of other controversies in recent years. But this most recent campaign seems to have “crossed the line for many consumers from provocative to harmful”, said The Cut.

The fall-out over the latest furore has seen one of the brand’s biggest ambassadors, Kim Kardashian, question her future with the company. The reality TV star posted a statement on her social media accounts on Sunday, where she said she will be “re-evaluating [her] relationship with the brand”. Meanwhile, Balenciaga’s creative director, Demna Gvasalia, who was set to receive the Business of Fashion’s Global Voices Award next week, has had the honour rescinded, according to Glossy.

Nevertheless, Balenciaga could learn from other high-fashion brands that have had to weather similar scandals, such as Dolce & Gabbana, which has been criticised for alleged “multiple instances of racist behaviour” in the past. It has emerged “mostly unscathed in the public eye and continues to enjoy positive associations with big celebrities like Kim Kardashian, who announced a collaboration with the brand in September”. 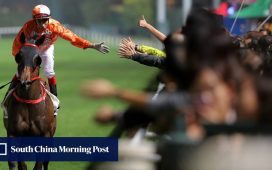 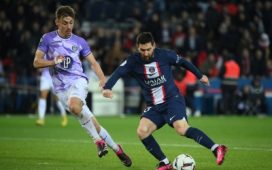 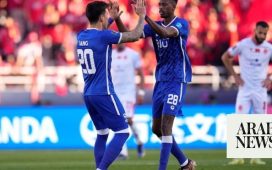 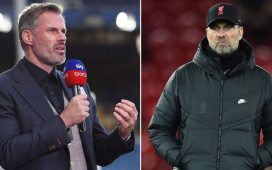 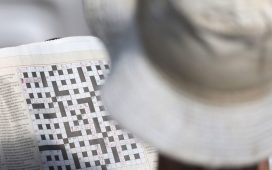 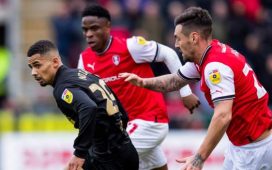