WASHINGTON (BLOOMBERG) – Democratic presidential nominee Joe Biden pledged not to use the threat of cutting US troop levels in South Korea as a bargaining chip, after the Trump administration demanded Seoul pay far more for American protection.

Mr Biden said if he wins the US election next week, he won’t be “extorting Seoul with reckless threats to remove our troops”, according to a special contribution he made to South Korea’s Yonhap News Agency published on Friday (Oct 30).

“I’ll engage in principled diplomacy and keep pressing toward a denuclearised North Korea and a unified Korean Peninsula, while working to reunite Korean-Americans separated from loved ones in North Korea for decades,” he said.

The comments come just days after the US for the first time withheld its commitment to maintaining troop levels in South Korea, in the latest sign of strain facing the 70-year-old military alliance ahead of the election.

At annual defence meetings in Washington last week, the two sides remained at odds over President Donald Trump’s demands for South Korea to greatly increase its payments for hosting American troops and Seoul’s calls for greater control over forces during a conflict.

Mr Trump has repeatedly accused South Korea of short-changing the US on security costs, even though the Asian nation agreed to pay some US$1 billion (S$1.37 billion) last year – roughly 18 per cent more than it previously had – to support the 28,500 American troops based there.

Mr Trump has demanded South Korea contribute about US$5 billion, according to people familiar with the matter, which has been a non-starter in South Korea.

Both President Moon Jae-in’s progressive ruling bloc and the conservative opposition see the figure as exorbitant.

While Mr Trump has complained about open-ended US military commitments since before taking office, the threat of a withdrawal in South Korea has increased since his decision in June to reduce the US military’s footprint in Germany.

The US troops in South Korea are intended to provide a frontline defence against North Korea and potentially China.

Mr Biden and Mr Trump sparred over North Korean policy at their final debate, with the President trumpeting his personal diplomacy – including three meetings with leader Kim Jong Un – for preventing a war.

Mr Biden said he could meet Kim if he reduced his nuclear arsenal, adding that North Korea has been building more missiles designed to attack the US since Mr Trump began the talks.

Mr Kim reminded the world of the threat his regime poses at a military parade this month that was the greatest display of new weaponry since talks with Mr Trump started in June 2018.

The show included the unveiling of a new intercontinental ballistic missile that weapons experts said is designed to carry multiple nuclear warheads to the US. 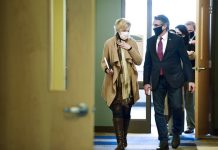 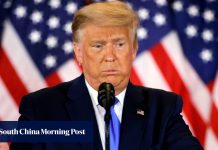 Did Donald Trump finally just concede the US election?

Trump acknowledges Biden ‘won’ US election, but says it was ‘rigged’ 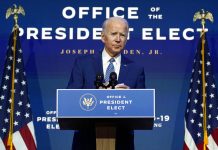 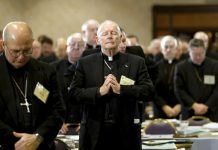 In a moment of turmoil, US Catholic bishops meet virtually 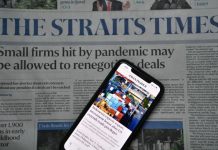 Gunmen kill 34 in attack on bus in west Ethiopia 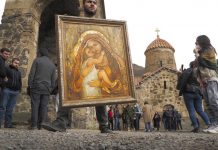 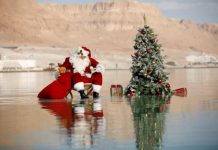 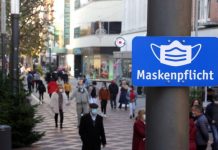 Germans should brace for 4-5 months of severe Covid-19 measures: Minister