When the German biotechnology company BioNTech picked a street called An der Goldgrube or At the Goldmine in the western city of Mainz for its headquarters, the couple behind it could not have predicted how prophetic the address would turn out to be.

The company’s shares shot up 23.4% on Monday morning after the Covid-19 vaccine it is developing with the US pharma giant Pfizer became the first candidate worldwide to show positive results in phase 3 trials, the crucial final stage of testing.

The total value of BioNTech’s stock is currently $21.9bn (£16.6bn), more than four times that of German national carrier Lufthansa and a triumph for a company that only made its debut on the US stock market a year ago.

Founded in 2008 by the married scientists Özlem Türeci and Ugur Sahin and the Austrian oncologist Christoph Huber, the company originally set out to develop new types of immunotherapy against cancer, modifying patients’ T cells to target cancer-specific antigens.

When news of the coronavirus first surfaced at the start of the year, BioNTech, which employs 1,300 people, was quick to reallocate its resources. Sahin, its CEO, told Germany’s Manager Magazin that when he read about the Covid-19 outbreak in Wuhan in January, he told his wife that “in April they’ll have to shut the schools here”.

Germany entered its first lockdown in March, earlier than Sahin had anticipated, but by then his company had already developed 20 candidates for a vaccine, of which it would go on to test five for immune reactions in a research programme accompanied by 500 scientists called Lightspeed.

Sahin said in an interview in late October that the company could have managed to develop a vaccine on its own, but it would have struggled with the challenge of distribution.

Pfizer, which has collaborated with BioNTech on flu vaccines since 2018, paid $185m upfront toward the development of the coronavirus vaccine. It will release another $563m when the development is complete.

Monday’s milestone of interim results showing 90% efficacy is a triumph for Pfizer’s and BioNTech’s scientific method. Their vaccine pioneers an entirely new technology that involves injecting part of the virus’s genetic code in order to train the immune system.

In a country where a debate about the willingness of German citizens with Turkish roots to integrate into public life has never been far from the headlines for the last decade, the story of BioNTech’s founders is also salient.

Türeci and Sahin are children of Turkish Gastarbeiter or “guest workers” who came to Germany in the late 1960s. Sahin was born in southern Turkey but moved to Cologne when he was four. Türeci, the company’s chief medical officer, was born in Lower Saxony.

The couple, who hold German citizenship and have a teenage daughter, met at Saarland University in Homburg and have been married since 2002. In an interview with Süddeutsche Zeitung, Türeci said she and her husband started their wedding day in lab coats and resumed their research after a brief dash to the registry office.

The Berlin newspaper Tagesspiegel wrote that their success was “balm for the soul” of Germans with Turkish roots after decades of being stereotyped as lowly educated greengrocers.

READ  Tell us what you think about the Irish election result

The year 2020 also marks the 10th anniversary of the publication of Germany Does Away With Itself, a book in which a former government official argued that Turkish migrants were dumbing down education standards in the country.

Coronavirus live news: quarter of deaths in France linked to Covid as US tops 140,000 daily cases

The Guardian view on the Downing Street machine: unfit for Brexit | Editorial 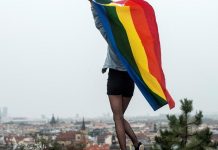 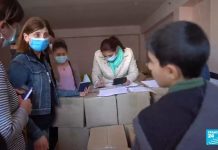 'Robot' building in Kaliningrad to be demolished next year

Nagorno-Karabakh: ‘Everyone benefits except Armenia’ from Russia-brokered ceasefire deal