Boris Johnson is “an unrepentant and inveterate liar” who feels he not subject to the same rules as others, Sylvie Bermann, the former French ambassador to the UK during the Brexit vote has said in a new book.

She also claims some Brexiters are consumed with hatred for Germany and gripped by a myth that they liberated Europe on their own, describing Brexit as a triumph of emotion over reason, won by a campaign full of lies in which negative attitudes to migration were exploited by figures such as Johnson and Michael Gove.

Bermann, who served as the French ambassador to the UK from 2014 to 2017 and has been one of the most senior diplomats in the French diplomatic service, including as ambassador to China and to Russia, assessed the British handling of the Covid pandemic as among the worst in the world alongside that of Donald Trump and Jair Bolsonaro in Brazil. She predicted Johnson would seek to use Covid to mask the true economic cost of Brexit on the UK economy.

Johnson, she says, comes from an Eton and Oxford University class that believes they are entitled to use language to provoke. Describing him as intelligent and charming, he uses “lies to embellish reality, as a game and as instrument of power. The ends justify the means. He has no rules”.

Asked at a Royal United Services Institute thinktank event about her description of him as an unrepentant liar, she said: “He would not object to being called that. He knows he is a liar. He has always played with that. He has been fired from his first post for that reason.”

In her book Goodbye Britannia, she seeks to define the psyche that led to Brexit. She describes “the partisans of Brexit as reciting a history in which the UK is never defeated, never invaded”. She suggests a country that considers it singlehandedly won the second world war , liberating the continent and deserving of gratitude.

Referencing the more than 22 million Russians who died in the second world war she says “this does not disturb the discourse of the Brexiters who peddle the myth that the UK liberated Europe alone and needs no one”.

She adds France does have a debt of gratitude to the British, but “it is right to remember that they were not alone and you cannot live with a history that stopped in June 1944”.

“The corollary of an England saving Europe,” she adds, “is a detestation of Germany and contempt for cowardice – the term is often used for those who allowed themselves to be occupied, not to mention collaborated.”

The British account of the second world war, relayed in films such as Dunkirk, she says led to loss of confidence in the EU as an instrument of peace.

She admits she did not believe the Brexit referendum would be lost by David Cameron’s government, pointing out that both sides of the debate had told her the same. In retrospect, she viewed the defeat as the first crisis of electoral democracy, and the harbinger of the populism that has been followed through in the US and Europe.

“David Cameron was always telling other heads of government that he would win and he rejected any help from EU countries,” she told RUSI. She said that if Cameron had warned the EU that he was going to lose, Europe would have come up with a new offer on migration. British ministers told her that they might win by as much as 60%.

In the book, she asks: “How this country whose influence had been decisive in Brussels, which insolently rolled out the red carpet for French entrepreneurs and which Xi Jinping had elected in October 2015 as the gateway to Europe, at the dawn of a golden period, how has it undertaken to scuttle itself?”

She predicted: “Boris Johnson’s temptation will be to hide the bill for Brexit under the Covid carpel, valued at more than £200bn for 2020, almost as much as the United Kingdom’s total contribution to the European Union since its accession in 1973, which was £215bn.”

She said it was inevitable that the UK will struggle now to find influence outside the EU, and has a Scottish independence referendum hanging over its head.

She said she believed the EU would feel obliged to open talks with Scotland in the event of a referendum vote to leave the UK, but that is not the official EU position, partly due to pressure from Spain. Madrid fears the knock-on impact among Catalan separatists if an independent Scotland was allowed to join the EU.

‘We monitor its every breath’: inside Mount Etna’s war room 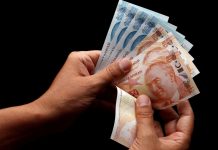 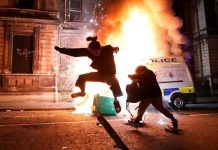 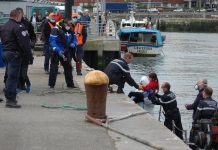 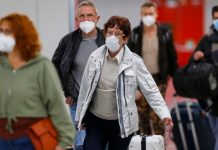 Vladimir Putin takes a holiday in Siberia – in pictures