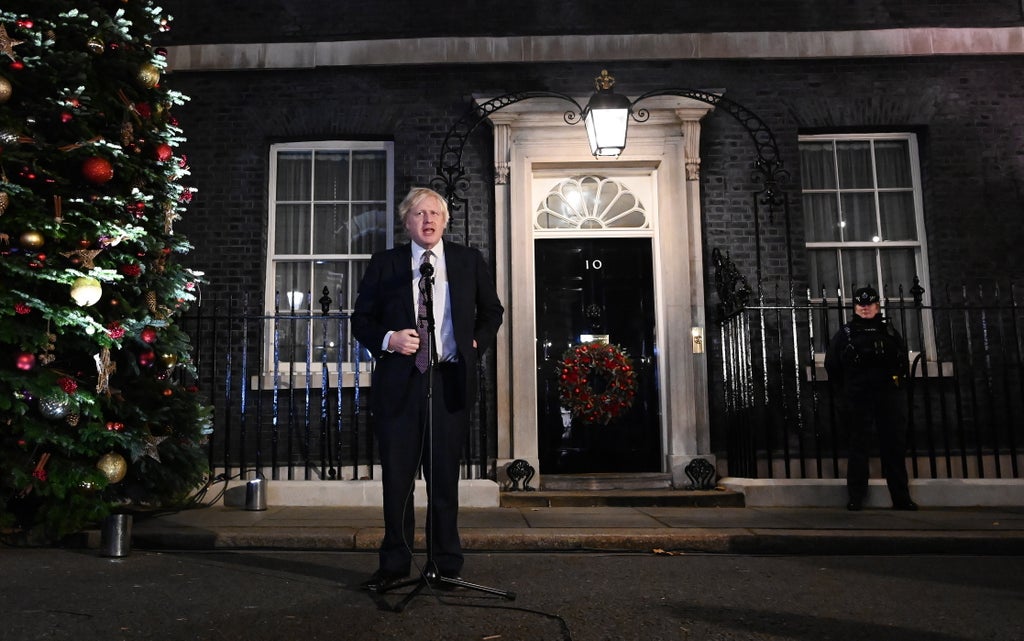 The Prime Minister and his senior Downing Street staff have been accused of flouting coronavirus restrictions by hosting parties at No 10 last Christmas.

It has been alleged that Boris Johnson attended a packed leaving do for a top aide in November 2020 and even gave a speech while the rest of the UK was in lockdown.

Despite strict rules preventing others from hosting festive gatherings in the run-up to last Christmas, senior No 10 staff allegedly held their own office party as London was stricken by tier 3 restrictions.

The Mirror newspaper, quoting sources close to the events, claims that between 40 and 50 officials drank wine, took part in a Christmas quiz and even held a Secret Santa while the rest of the country was locked down at home.

One source said the revellers were crammed into a medium-sized room “cheek by jowl” for both events.

“It was a Covid nightmare,” one source claimed, while another said there were “many social gatherings” at No 10 at the height of the second lockdown.

At a press conference earlier today Boris Johnson urged the public to press on with Christmas party plans, despite top health chief Dr Jenny Harries saying people should cut down on socialising to prevent Covid spread.

Another source told the Mirror there were “always parties” in the flat Mr Johnson lives in with wife Carrie Johnson, adding: “Carrie’s addicted to them”.

A third party allegedly took place on 13 November, the night Dominic Cummings left No 10, “where they were all getting totally plastered”.

A source claimed: “While senior civil servants were urging caution and there was one message to the public, Prime Minister gave the impression that it could be very relaxed in No 10.

“He would either turn a blind eye or on some occasions attend himself while everyone else was in lockdown”.

It was reported that the official No 10 staff party was cancelled but that the leaving do still took place on 27 November, while the unofficial Christmas party was held on 18 December.

Mr Johnson did not attend the latter event, it was claimed.

While Downing Street did not deny the claims, a spokesperson told The Independent: “Covid rules have been followed at all times.”