This week it’s for real, at last. The EU’s chief negotiator, Michel Barnier, is in London for the last time in earnest – a deal must be struck this week before UK and EU parliaments can start to ratify a trade and security deal. If Boris Johnson’s apparently helpless negotiator David Frost cannot shake on a deal, preparations for a hard border round Britain’s coast must proceed. The cost will be enormous. No sane person can think this a good idea.

Just two bones of contention remain, on fishing quotas and regulatory alignment, the “level playing field”. Fishing cannot wait, as key European states would veto any deal without it. Britain must compromise. As for regulatory alignment, some supervision is unavoidable if two neighbouring countries wish to trade at all. The EU is in the right. It is also bigger and stronger and has less need to compromise, and appears to have the US president-elect, Joe Biden, on its side. The EU can replace most of its trade with Britain. Britain cannot do the reverse. There are no compensating trade deals with the rest of world. They are a fantasy.

We are told Johnson has been playing poker, hanging tough, boasting and threatening. That is over. The serious prospect now is of “fish and alignment” being allowed further to devastate a British economy damaged more than any other in Europe by the pandemic. Leaving the European Union was a contentious political option, but leaving Europe’s single markets and customs unions was madness from the start. It was largely an extreme rhetorical gambit, brandished to help Johnson defeat his rivals for the Tory party leadership in the summer of 2019.

READ  Britons who drowned on Costa del Sol could not swim, police say

Downing Street this week must throw stubbornness to the winds. Its City of London needs Europe. Its industry needs Europe. It tourism needs Europe. Johnson must climb down. The foreign secretary, Dominic Raab, the chancellor, Rishi Sunak, and Johnson’s old rival Michael Gove must collaborate to make this happen. Frost and his team have to listen to Barnier, no ifs or buts, whatever it takes. As a sign of good intent, Johnson should withdraw the internal market bill, which is now before the House of Lords, since under no deal it would necessitate a hard border, smash the Good Friday agreement and incidentally enrage Biden, who has previously said peace in Northern Ireland can’t be a casualty of Brexit.

Britain just now is as weakened by bad government as it has ever been. The shambles over Covid was preceded by a year of chaotic negotiations over Brexit during which the EU reasonably sought a working trade relationship with a recalcitrant offshore island. Britain postured and lectured and rejected compromise. At the weekend, Johnson was quoted as still saying “we just need to get them to do it” – or he will cut off Britain’s nose to spite its face come January. No, enough of these games. Britain must agree whatever deal the EU offers, so everyone can get back to business.

Rare stolen books, including works by Newton and Galileo, returned to owners 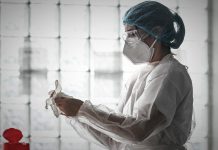 Buoyed by Covid-19 vaccine results, officials see 'light at the end of the tunnel' 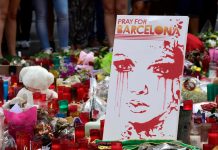