Following repeated questioning from the Labour leader, Mr Johnson told the Commons: “He could have asked anything about the coronavirus pandemic, Mr Speaker, instead he’s concentrated his questions entirely to the interests of the people of Yemen.”

The prime minister queried why his opponent had not limited his grilling to “the issues of the hour”, prompting a bemused laugh from Sir Keir.

It has also faced renewed criticism for selling weapons to Saudi Arabia, which is leading the war against Houthi rebels in Yemen.

Sir Keir had begun his questioning by asking: “How on earth can the prime minister justify selling arms to Saudi Arabia and cutting aid to people starving in Yemen?”

Mr Johnson said his government had raised foreign aid spending “the the highest proportion in the history of our country” while conceding that “straitened circumstances” – meaning the coronavirus pandemic – had forced a temporary reduction.

The latest news on Brexit, politics and beyond direct to your inbox every weekday

The latest news on Brexit, politics and beyond direct to your inbox every weekday

Employing an unfortunate turn of phrase, the PM insisted that “we continue to step up to the plate” to support the people of Yemen, pointing to the £214m sent in aid during the current financial year and adding: “There are very few countries in the world that have such a record, that are setting such an example.”

UK aid to Yemen will drop to £87m in the coming year.

Sir Keir reminded Mr Johnson of a comment by one Conservative MP who had said the aid cut was “not what ‘Global Britain’ should be about”. The PM dodged his question about whether he would reconsider it.

Asked if he would “have the courage” to put the overall cut in foreign aid spending – from 0.7 to 0.5 per cent of GDP – to a Commons vote, Mr Johnson said: “We are going to get on with our agenda of delivering for the people of this country, and spending more than virtually any other country in the world, by the way, spending more still virtually than any other country in the G7 on aid. It’s a record, I think, of which this country can be proud.”

Britons will think that “we’ve got our priorities right” given the impact of coronavirus, the PM added. Mr Johnson then accused Sir Keir of flip-flopping on support for the government’s coronavirus policies, before attacking him for his line of questioning.

Save the Children, which opposes the government’s aid cuts, called Mr Johnson’s comments “deeply saddening”. A spokesperson told The Independent: “He may not think that this is the ‘issue of the hour’, but for the children of Yemen there is no other question.”

The charity accused the UK of abandoning its “position of leadership in international development”.

Labour MPs said Mr Johnson was displaying a “lack of courage” and a “failure of moral leadership” with his aid policies, while the Scottish Greens called his PMQs jab at Sir Keir a “terrible response”.

However, Alexander Stafford, the new Conservative MP for Rother Valley, said he shared his boss’s disappointment at Sir Keir’s questions. He tweeted: “Does he have nothing to say on the UK economy or Covid? What is the point of Labour?”

The opposition leader discussed these topics following the unveiling of Rishi Sunak’s Budget, an hour later.

A spokesperson for Campaign Against the Arms Trade told The Independent: “”Of course, Boris Johnson doesn’t want to talk about the people of Yemen. It is his government that has just cut aid to Yemen in half, when the UN warns that will be a death sentence.

“And more than that, it is Boris Johnson and his government who have signed off on the sale of billions of pounds of fighter jets, bombs and missiles, weapons that have destroyed civilian infrastructure, targeted schools and hospitals, and fuelled the humanitarian crisis that Yemen faces.

“The government must face up to its complicity in this crisis, and we must all talk about Yemen.” 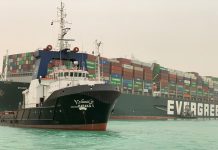 Suez Canal ship is blocking $9.6bn of goods per day and could take weeks to move

Suez canal blockage: tell us your ideas for how the Ever Given can be refloated

The aftermath of a rape 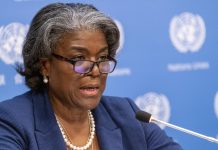 US gives $15 million to Palestinians to deal with COVID-19 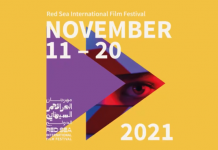 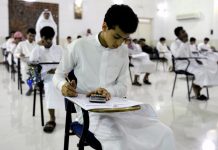 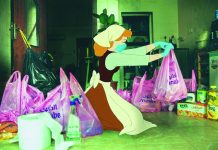 Laughing it off: Saudis use humor to cope with COVID-19 restrictions 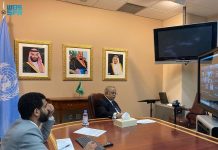 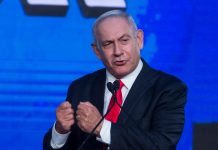