LONDON (July 24): In a luxury hotel in the heart of one of London’s most expensive neighborhoods, Boris Johnson celebrated his victory in the race to become U.K. prime minister on Tuesday night.

Gathered with his team at the reception in Brown’s Hotel in Mayfair, he and guests swapped stories of the six-week contest over salmon mousse and sausages on sticks. They toasted the triumph with glasses of premium rosé champagne. The entertainment was a magician performing card tricks.

But the most spectacular act of wizardry had already taken place: the transformation of a politician derided as a failure 12 months earlier into the most powerful man in Britain.

This story is based on conversations with parliamentarians, advisers and ministers and shows how Johnson convinced his skeptical colleagues to put their faith him. Now he needs to maintain that support if he’s going to survive as prime minister and deliver his promises to negotiate a better Brexit deal.

In truth, the public face of the Brexit campaign was always popular with grassroots party members desperate to get out of the EU. But he faced one persistent question: was he popular enough among the 300 or so Conservative members of Parliament to be elected to lead them?

A media star with a gift for comedy, Johnson won fame and fans among the British public in a way few politicians ever achieve. But the people’s touch never before had translated into acceptance among his peers in the Westminster.

The point was made vividly during the leadership election after David Cameron quit in 2016 following the referendum to leave the EU. Johnson couldn’t even convince his own campaign manager and Brexit ally, Michael Gove, that he would make a good prime minister. Gove stood as a rival himself, citing his conviction that Johnson was simply not up to the job.

A year ago, Johnson was at one of the lowest points in his career. He had just resigned from Theresa May’s cabinet in protest at her Brexit policy. He had given up his prestigious role of foreign secretary to wage a campaign against the deal May was proposing with the EU. He said it would bind Britain indefinitely to European trade rules and undermine the whole point of leaving the bloc of 28 countries.

In the corridors and cafes of the U.K. Parliament during the summer of 2018, Johnson often cut a solitary figure. His hands would be stuffed into his pockets, shoulders hunched, as he shuffled through the atrium on his own or with a loyal friend.

When he stood up in the House of Commons chamber to make a speech on Brexit, few MPs in the room paid him any attention in the bitterly divided parliament. His record at the Foreign Office had been marred with gaffes. It was a lonely time, according to one of Johnson’s allies.

But Johnson, 55, played the long game. He worked on a strategy with a few trusted allies, including Lee Cain, his media aide, and Conor Burns, the MP who had served as his parliamentary bag-carrier.

Another key figure in Johnson’s career was also on the phone with him daily: Lynton Crosby, the Australian election consultant who delivered him two terms as London mayor and helped win general elections for Cameron in 2015 and Scott Morrison in Australia this year.

Between them, Johnson and his supporters decided their man must keep a low profile. Let the world forget he exists so he can rebuild his brand from the ground up. He set out policy positions beyond Brexit in his weekly column for the Daily Telegraph newspaper, and worked to persuade his colleagues that he could be disciplined, serious and trustworthy.

Johnson turned to James Wharton, a former Tory MP as his campaign coordinator, to help win friends in the House of Commons. Wharton set up a tight schedule of 15-minute meetings for Johnson and individual MPs so the candidate could gather their views and sell his credentials as the man who could defeat Labour’s Jeremy Corbyn and the Tory nemesis, Brexit hard liner Nigel Farage. Johnson was put on a fitness regime, with a diet to lose weight, a new haircut and smarter suits.

Two more recruits to Johnson’s campaign were key. Grant Shapps, the former Conservative Party chairman, who knew Crosby from the 2015 Tory general election campaign, and Gavin Williamson, who May fired as defense secretary.

Williamson brought experience organizing MPs as the government’s former chief whip, but Shapps had a different weapon: a sophisticated spreadsheet on which he had mapped all his Tory colleagues and their leadership preferences.

Before he agreed to join Johnson’s campaign team, Shapps demanded that the candidate promise to work on the MPs who his data showed were vital. Johnson was as good as his word. He would hold face-to-face meetings with 16 Tory MPs every day, before going home to make dozens of calls in the evenings and at weekends, reinforcing his message to his colleagues.

Williamson would then marshal an army of 78 handlers who would follow up with the MPs to check whether they were moving to support Johnson, sticking with a rival, or still undecided. The handlers fed back the answers through WhatsApp, and Shapps – who received advice from Crosby – crunched the numbers.

The other key figure in Johnson’s team was his girlfriend, Carrie Symonds. A former Tory aide, Symonds knew the discipline that would be needed and kept Johnson focused. She would take a list of 40 or 50 MPs home and make sure Johnson called every one of them, as he’d promised to do.

All this preparation meant that when May quit and the leadership campaign formally began in early June, Johnson was ready. The duo of Shapps and Williamson took on the work of marshaling MPs to vote for their man.

“I came to the view that he’s the most trusted person to deliver Brexit, which is obviously the important issue of the day,” said Tory MP and minister Rishi Sunak. “He has a track record of delivery – not only winning elections, which he has done, on numerous occasions but also delivering in government,” he said. “That was the package.”

Inside the campaign, secrecy was key. Wharton banned Shapps from sharing the results of his survey of MPs with Johnson. In early June, however, Shapps met Johnson in private and revealed he was going to win at least 105 votes, enough to guarantee him a place on the ballot of party members.

On June 12, the night before the first vote among Tory MPs, Johnson was desperate for an update. “Come on Grant, tell me,” he said. Shapps gave him a low estimate of 108 votes of the 313 MPs eligible for the ballot.

As the voting unfolded the following day, the Johnson team’s data became increasingly sophisticated. Shapps was eventually able to predict exactly that Johnson would win 114 votes during that first round of the contest before the result was declared.

Boris Johnson Wins Race to be Next U.K. Prime Minister

From the start, Johnson’s team wanted to take on Jeremy Hunt in the final two. They believed Hunt was the weakest of the rival candidates and would go down badly with the membership. In the final round of voting, some MPs suggested Johnson’s backers switched to support Hunt to ensure he went through and Home Secretary Sajid Javid was knocked out.

Perhaps the most valuable endorsement for Johnson was the support he had from the uncompromising pro-Brexit European Research Group of Conservative MPs. Steve Baker and Jacob Rees-Mogg, who organize the ERG, united their colleagues behind Johnson’s campaign.

Maintaining that support will be vital if Johnson is to keep the job he just won. Key to that will be following through on his promise to exit the EU by the deadline of Oct. 31 – with or without his new deal.

“We have at last got our man where we want him,” Baker said. “What he has pledged I expect him to stand by.” 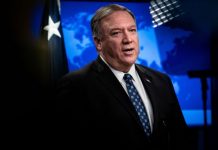 US ends sanction waivers for nations in Iran nuclear deal 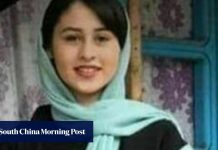 Outcry in Iran after father beheads girl, 14, with sickle for eloping 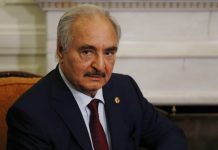 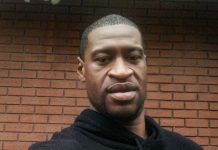 'They killed him': Sister of Minneapolis black man who died after arrest calls for justice 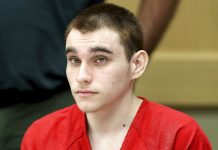 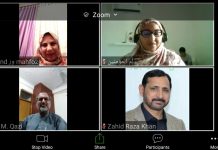 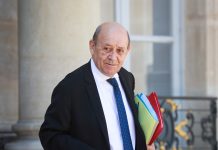 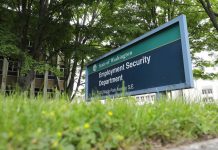 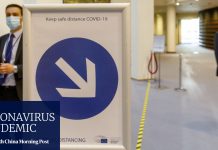 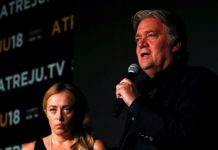