A BP company logo is displayed on a fuel pump on the forecourt of a gas station operated by BP Plc in London, U.K.

Energy giant BP reported better-than-expected second-quarter net profits on Tuesday, saying it is “right on target” at the midpoint of its five-year plan.

U.K.-based BP posted second-quarter underlying replacement cost profit, used as a proxy for net profit, of $2.8 billion, versus $2.5 billion expected in a Reuters poll. That compared with a profit of $2.8 billion over the same period a year earlier and $2.4 billion in the first three months of 2019.

“I think the numbers are good. This is about the 10th quarter in a row now they have been above our expectations,” Bob Dudley, chief executive of BP, told CNBC’s “Squawk Box Europe” on Tuesday.

“It is a good quarter — a strong quarter,” he added.

International benchmark Brent crude stood at $64.15 Tuesday morning, down more than 14% when compared to the end of the second quarter in 2018. Meanwhile, U.S. West Texas Intermediate (WTI) was trading at $57.25 during morning deals, almost 20% lower from a year earlier.

The FTSE 100 giant said its upstream and downstream divisions performed strongly in three-month period through to July 30. Production rose 4% to average 3.8 million barrels of oil equivalent per day.

Total revenue for the second quarter came in at $73.75 billion, down 4.1% from a year earlier.

BP said Gulf of Mexico oil spill payments of $1.4 billion on a post-tax basis in the second quarter were primarily the scheduled annual payments.

“Reliable performance and disciplined growth across our businesses are delivering strong earnings, cash flow and returns to shareholders,” Dudley said.

“And this is also allowing us to grow businesses that can make a significant contribution in the energy transition, helping deliver the energy the world needs with lower carbon.”

The company maintained its quarterly dividend at 10.25 cents a share.

Many of the world’s other major oil and gas companies are scheduled to report their latest quarterly figures over the coming days.

Anglo-Dutch energy giant Royal Dutch Shell is due to publish its second-quarter results on Thursday, with U.S.-based Exxon Mobil and Chevron set to report on Friday. 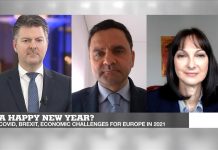 A Happy New Year? Covid-19, Brexit and economic challenges for Europe in 2021 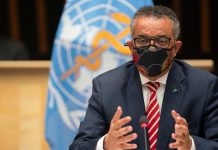 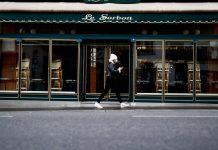 French restaurants have been battered by the Covid-19 pandemic 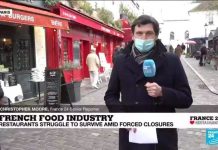 The impact of the pandemic on French food, tourism industries 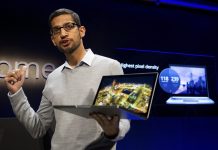 Google Chrome changes to be investigated by UK competition regulator